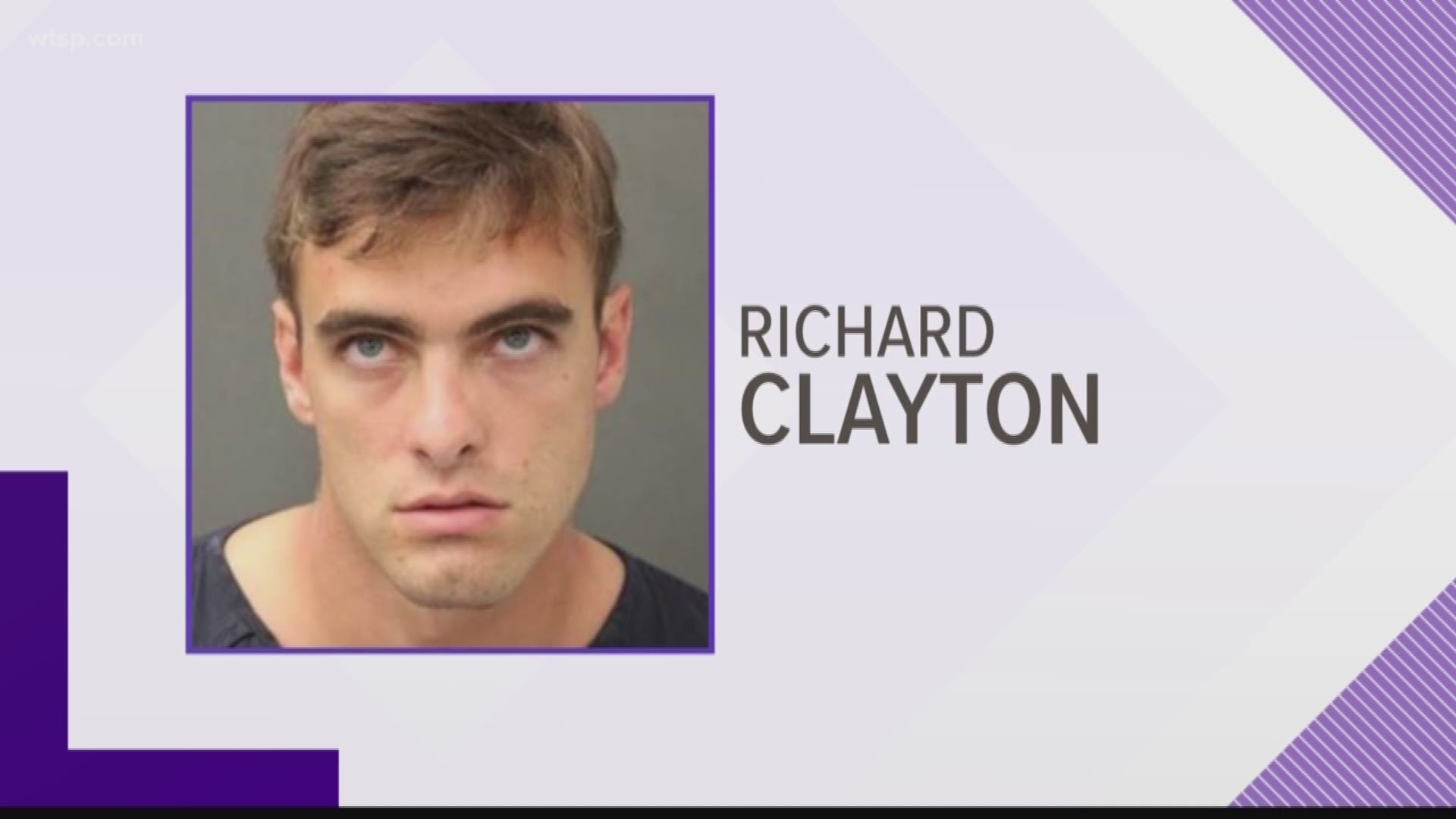 WINTER PARK, Fla. — A man accused of making a threat on social media while referencing Walmart has been jailed.

Richard Clayton, 26, was arrested Friday amid an investigation into a threat he allegedly made Aug. 6 on Facebook: "3 more days of probation left then I get my AR-15 back.  Don’t go to Walmart next week," according to a Florida Department of Law Enforcement news release.

The message, posted Tuesday, came days after the shootings in Dayton, Ohio, and at a Walmart store in El Paso, Texas. In late July, two people were killed and at least two injured in a shooting at a Walmart in Southhaven, Mississippi.

It's believed Clayton subscribed to white supremacist ideology and had a history of posting threats on Facebook using numerous accounts. He had been under investigation by the FDLE, the FBI's Joint Terrorism Task Force and the Winter Park Police Department since the initial posting.

Clayton was arrested without incident and booked in the Orange County Jail. Records show he is charged with intimidation, sending a written threat to commit.

People are reminded, "If you see something, say something:" Call 911 to report any suspicious activity.