When officers arrived at the scene, they found a woman named Elvi Vanessa Cervantes-De La Torre and a "male companion" with gunshot wounds. 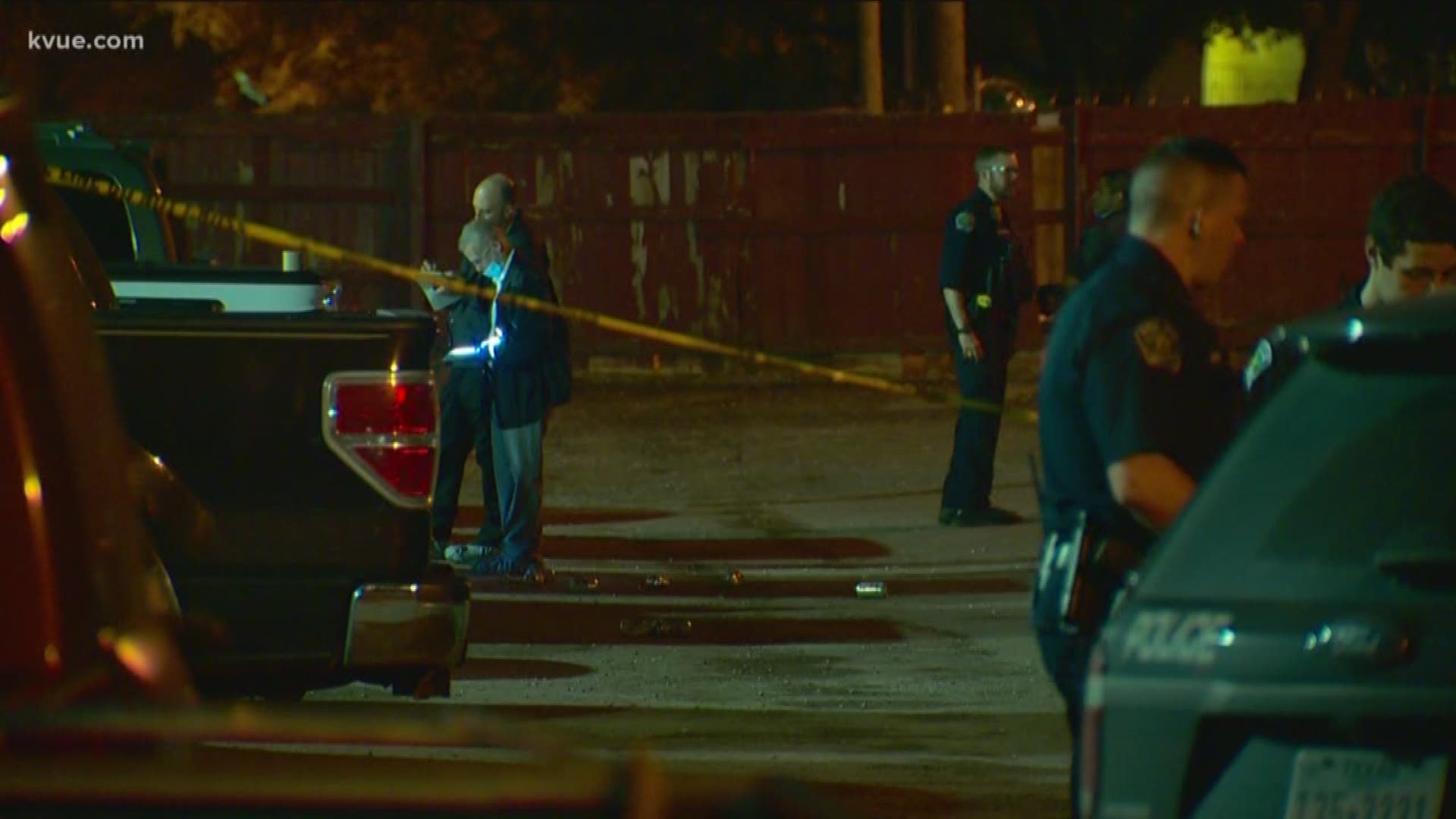 AUSTIN, Texas — Police are looking for suspects after a woman died and a man was injured in a shooting that happened after a fight broke out in northeast Austin.

On Monday, Feb. 17, shortly before 11 p.m., the Austin Police Department received a call about gunshots that were fired in a parking lot of the Canyon Trails apartment complex near U.S. 290 and Interstate 35.

After speaking with witnesses, officers learned that there was a group of eight to 10 men drinking in the parking lot when a fight broke out between two of the men and the woman who died.

One of the neighbors to the complex, Diego Espinoza, was at work when the shooting happened, but said there's violence around here all the time. He said he plans on moving out because he's fed up with it.

"Too much violence here and what I heard from yesterday about the killing, I got home late but, you know, that's kinda bad, I ain't trying to be around here no more," said Espinoza. "What if that were to happen to me?"

Police said Cervantes-De La Torre lived at complex and she and her male friend were not part of the group drinking in the parking lot. The pair pulled up in a car and the group of men were already there, police said.

Multiple shots were fired, and the group split into two, police said. Police said the first set got into a maroon-reddish pickup and the other got into a black two- or four-door vehicle. The vehicles left the scene together.

One of the suspects is described as being Hispanic, 5 feet, 5 inches tall and he's estimated to be in his late 30s or early 40s. He has a thick build with a trimmed beard, police said. And he was last seen wearing a yellow construction vest, gray baseball cap, and a white and orange-striped shirt.

The other suspect is described as being Hispanic, 5 feet, 4 inches tall and he's estimated to be in his mid-30s. He has a mustache and "beer belly" and was last seen wearing a long-sleeved green shirt, light-colored jeans, and a black baseball cap, police said.

The victims may have been acquainted with the men, as many of them lived at the scene of the incident, according to police.

It is not known what caused the initial argument that led to the shooting. Police said it was possible the men may have "territorialized" the area of the parking lot where they were drinking.

In a press conference on Tuesday, police said witnesses that are part of the Hispanic community and may be worried about their status should not hesitate to come forward with information. Police said their only focus was bringing the suspects to justice.

RELATED VIDEO: Is Austin's 6th St. the most violent place in Texas?