If convicted, 25-year-old Cyril Laurence Lartigue faces up to 10 years in prison.

AUSTIN, Texas — A federal criminal complaint has been filed by the U.S. Attorney's Office for the Western District of Texas, charging a 25-year-old Cedar Park man with constructing and possessing a Molotov cocktail during a protest in Austin last week.

Lartigue fled the area, leaving the device behind, but returned to retrieve it minutes later, the complaint states. Afterward, Austin police officers arrested him after locating him inside a portable toilet nearby where he had changed clothes. Officers found materials used to make an explosive device inside his backpack, including a bottle containing lighter fluid, a butane lighter and cloth rags. 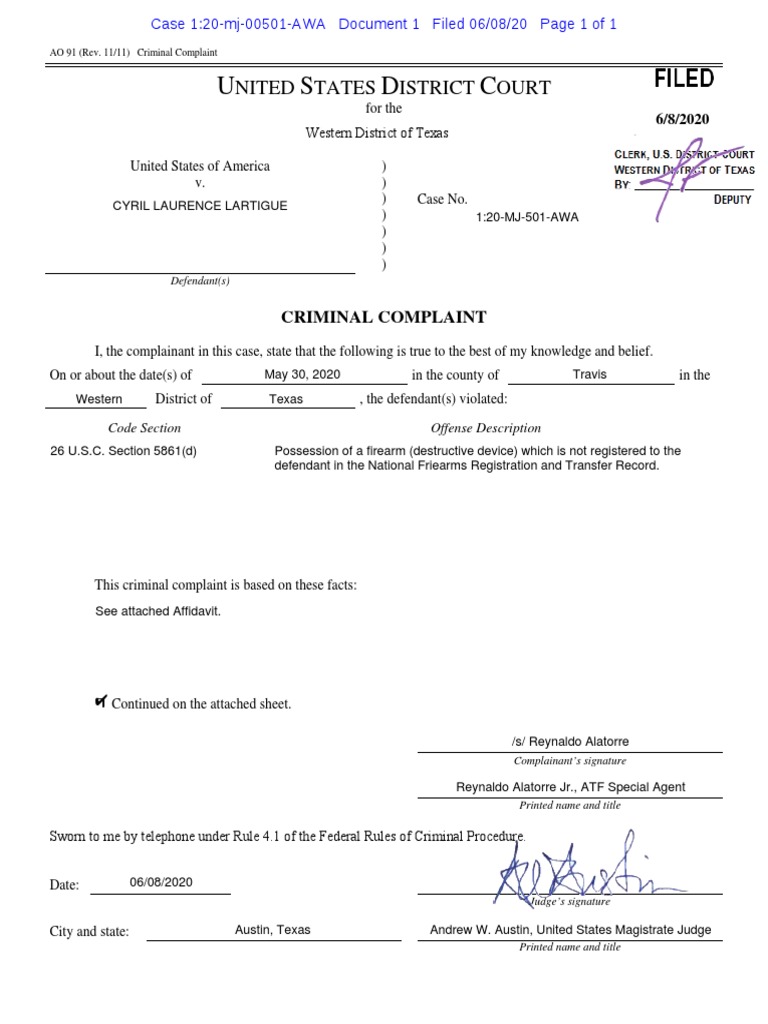 Federal complaint of Molotov cocktail construction at Austin protest | Complaint | Bureau Of Alcohol
26 U.S.C. Section 5861(d) Possession of a firearm (destructive device) which is not registered to the defendant in the National Friearms Registration and Transfer Record. See attached Affidavit. Complainant's signature Printed name and title Sworn to me by telephone under Rule 4.1 of the Federal Rules of Criminal Procedure.

If convicted, Lartigue faces up to 10 years in prison. He is currently in federal custody.

Credit: U.S. Attorney's Office for the Western District of Texas

UT Austin will require all students, faculty and staff to wear masks amid COVID-19