Chance and James "Sonny" Uptmore traveled to D.C. as part of a birthday trip. Chance Uptmore told the FBI he went inside although his father advised against it. 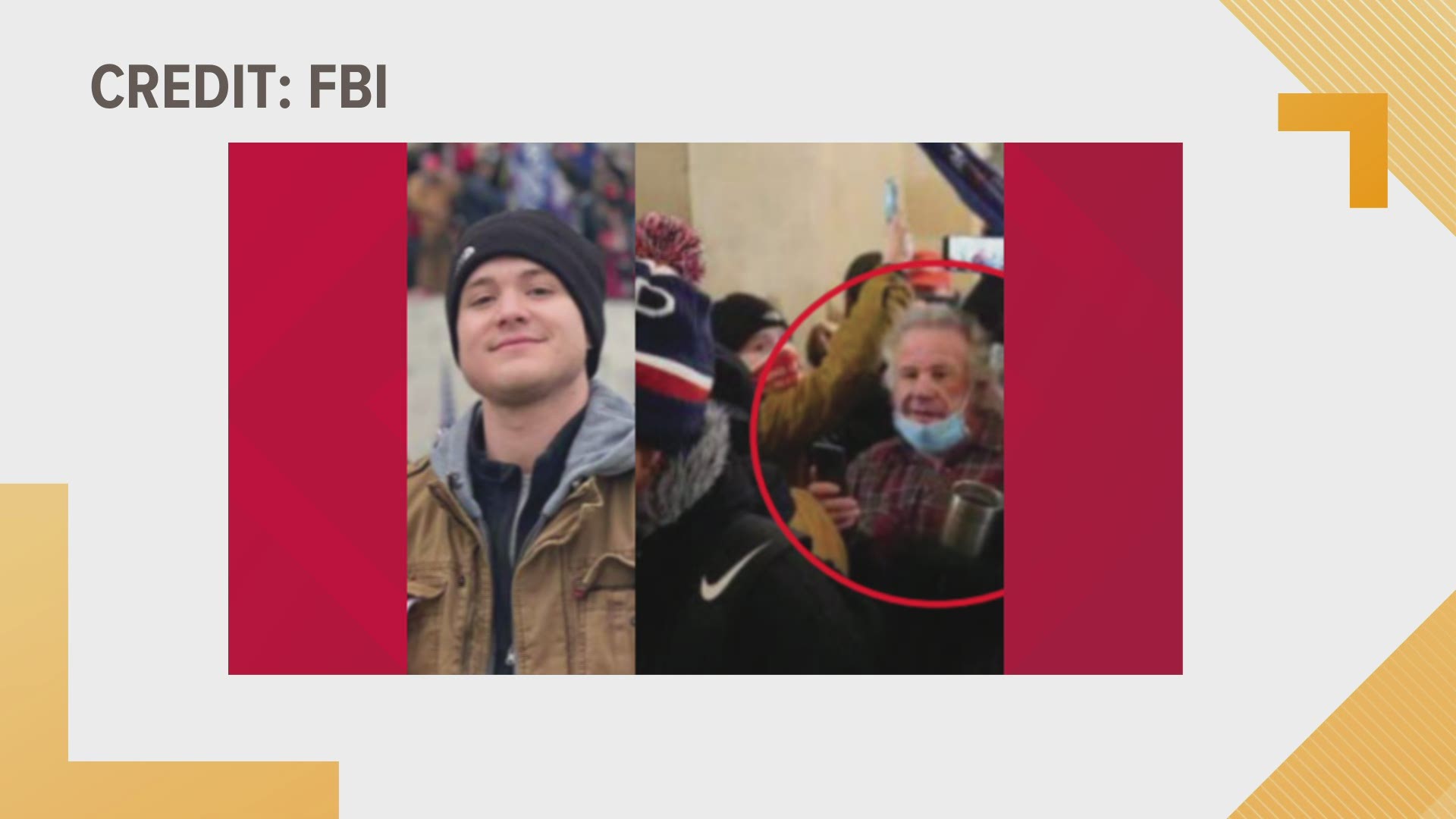 SAN ANTONIO — A father and son from San Antonio are facing charges after allegedly entering the U.S. Capitol with a mob of others during the insurrection on January 6.

Both Chance Anthony Uptmore and his father, James Herman "Sonny" Uptmore, have an initial appearance at 1:30 p.m. Wednesday in a virtual hearing.

According to the FBI, the two are accused of "knowingly entering or remaining in any restricted building or grounds without lawful authority" as well as "violent entry and disorderly conduct on Capitol grounds."

Chance is also charged with "Possession of a Firearm by an unlawful user of or addicted to any controlled substance", according to a seperate criminal complaint.

They were arrested Tuesday. Their ages were not provided, but the FBI said Chance lives with his father.

In a criminal complaint, the FBI said, "On January 8, 2021, the FBI received a tip from the public that Chance Uptmore of San Antonio, Texas, posted to his Facebook account a claim that he had videos taken while he was inside the Capitol building on January 6, 2021."

A screenshot showed Uptmore made a Facebook comment indicating he was inside the Capitol building. It said: “When a painting was grabbed off the wall we helped the cops recover it. The cops were saying stuff like ‘we stand with you’ ‘thanks for being here’ ‘you made your point now leave calmly’ I have it all on tape.”

Uptmore also posted a photo of himself outside of the Capitol building.

FBI agents also found a Telegraph UK news story and a CNN article covering the events of January 6, 2021 and matched a photo from those reports to what Uptmore was wearing in his photo.

When speaking to the FBI in an interview, Chance mentioned that he traveled with his father to the rally as part of a 5-day trip to celebrate Chance's birthday.

According to Chance Uptmore, his father followed him inside the Capitol after advising him not to enter, the FBI said.

The criminal complaint also said that Chance said he entered the Capitol building because he was "caught up in the crowd" and that "it was a once in a lifetime event."

The FBI said Chance Uptmore recorded his time in the Capitol building on his phone and that his father had taken video, too. He identified himself along with his father in the pictures the FBI showed him and confirmed his Facebook comment.