Officers responded to a disturbance at the Waffle House on U.S. 290 at approximately 4:38 a.m. Saturday. 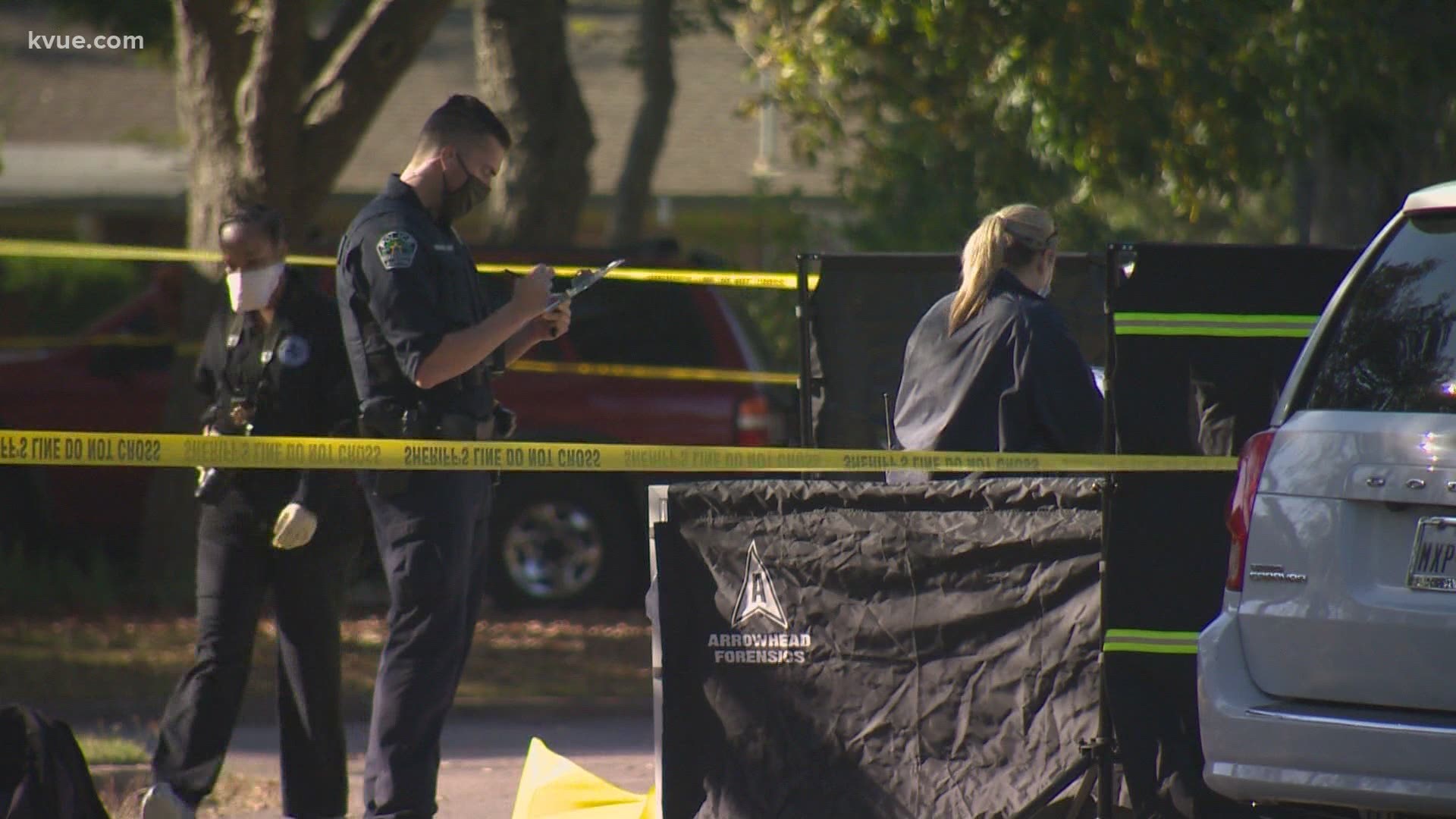 AUSTIN, Texas — Two men involved in the Nov. 7 shooting death of a 23-year-old man at a northeast Austin Waffle House were arrested in Memphis, Tennessee, on Wednesday, according to Austin police.

Police identified the suspects as Jalen Highsmith, 25, and Kelvin Robinson, 20. They're both charged with capital murder for the death of Mario Robinson.

APD Senior Officer Marcus Davis said at approximately 4:38 a.m. on Nov. 7, officers responded to a "multi-vehicle disturbance" at the Waffle House in the 8800 block of U.S. 290 westbound. Upon arrival, they found shell cases in the parking lot and signs of a disturbance.

Davis said APD was working two crime scenes, the one at the Waffle House and one a short distance away on Happy Trail, where Robinson was found dead inside a vehicle.

APD said Nov. 9 a group of about eight friends went to the Waffle House to eat and arrived there in two separate vehicles. The group went inside, ordered their food and waited in their cars in the meantime, APD said.

As the group was waiting, an SUV pulled into the parking lot and two men exited the vehicle holding firearms, investigators said. The two men allegedly began demanding belongings from the group and a physical altercation ensued. The driver of one of the two cars backed up to try and get away, APD said. One of the suspects, who was holding a rifle, fired into that vehicle and struck Mario A. Robinson, according to APD. The group drove to a nearby neighborhood and called police.

On Nov. 9, Robinson's family shared this memory of him with the community:

"Mario Andretti Robinson II, born on April 24, 1997, was beloved by all his family and friends and remembered most by his wonderful smile.  He had a unique charm and charisma that welcomed anyone he met.  Mario lived in San Antonio / Universal City with family where he played football for James Madison H.S. and later graduated from Samuel Clemens H.S.  He loved sports cars, fashion, professional racing and his hobbies included video games, skateboarding, and spending time with family.  He is deeply missed and our families are broken without him."

One person killed, one injured in northwest Austin robbery