The heart of Austin's entertainment district has experienced a number of shooting incidents over the past few years. 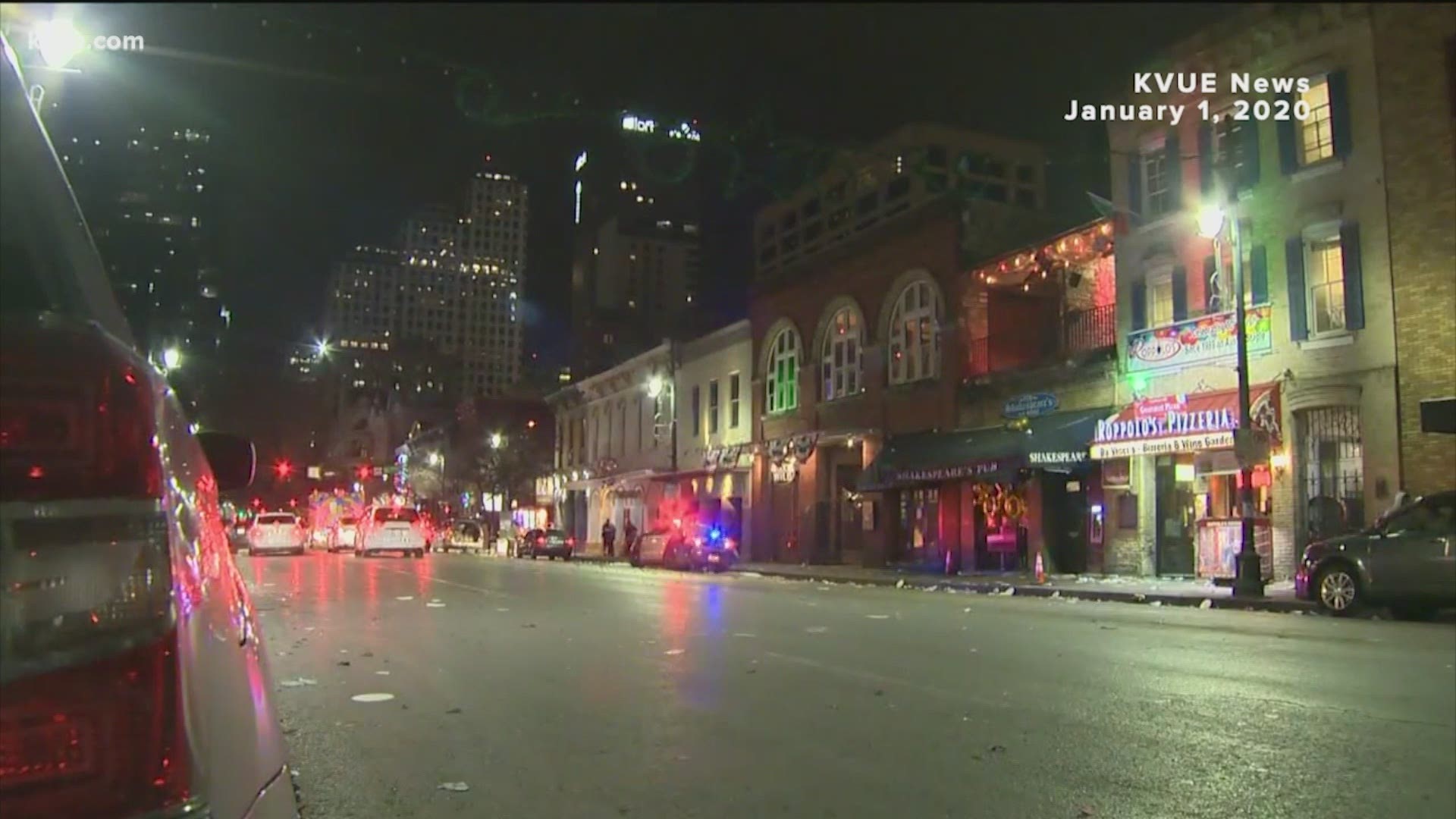 AUSTIN, Texas — Editor's note: An Austin Police Department press release on June 17 changed the number of victims from 14 to 15.

East Sixth Street, where 15 people were injured when shots were fired early Saturday morning, has played a vital role in the commercial history of Downtown Austin going all the way back to the 1880s. That’s when many of the Victorian-style buildings that line the street today were constructed.

During the day, its unique architecture takes the spotlight. But on weekend evenings when bars and clubs draw thousands, it becomes crowded, noisy and increasingly dangerous as the heart of the city’s entertainment district where it's sometimes called “Dirty Sixth Street."

Since the 1970s, the district has been a place for live music enjoyed by college students and visitors to the city. But recent years have seen increasing violence. Many say the character of Sixth Street and Downtown Austin as an entertainment venue has changed for the worst.

Some point to the year 2014 as a turning point, when a driver being chased by Austin police crashed through a barricade on Red River Street and struck a crowd during South by Southwest. Four people died and many were injured.

In July 2016, a woman who was an innocent bystander on Sixth Street was shot and killed when a man had intended to shoot someone else. Several people were injured.

2017 saw shots fired by police who killed a man who had been firing a gun into a Sixth Street crowd.

On New Year’s Eve 2019, shots were fired into a crowded Sixth Street nightclub. No one was hurt.

In 2020, several groups of people who had fled a hurricane on the coast and evacuated to Austin got into an argument near Sixth Street and Brazos. One woman died when someone fired a gun.

'Just stop the bleeding': The first-aid training officers used to save lives in Austin's mass shooting