This happened on at the entrance ramp of the Westpark Tollway at Eldridge. 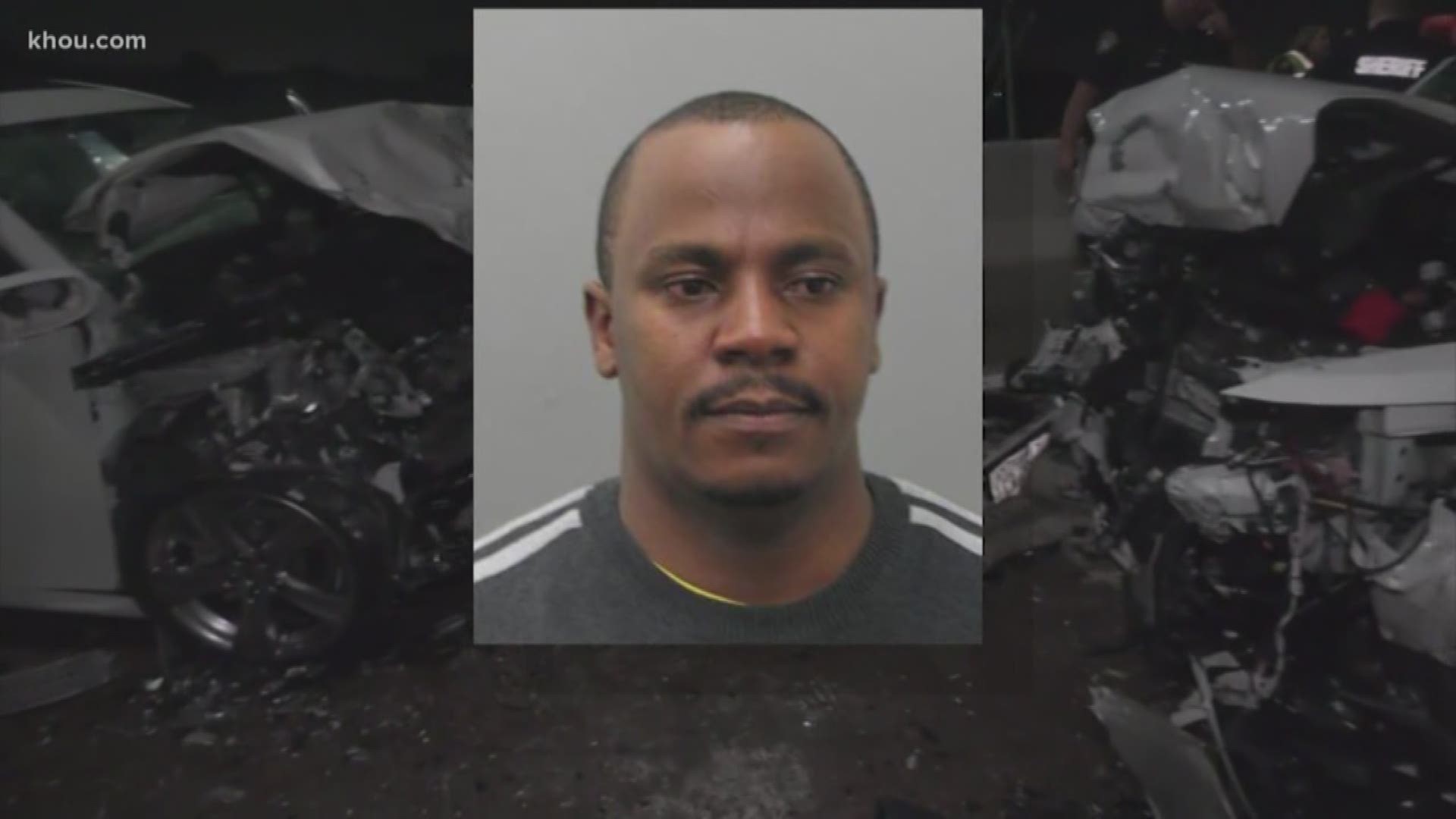 Two deputies were injured and a prisoner died after their SUV was struck by a suspected drunken driver going the wrong way in west Harris County overnight, the sheriff confirmed.

This happened late Sunday night on the eastbound/inbound lanes of the Westpark Tollway at the Eldridge entrance ramp.

Sheriff Ed Gonzalez says the unit was struck as it was transporting a 42-year-old male impaired driver to county jail. The prisoner was pronounced dead at the scene of the crash.

The driver of the suspect vehicle, a 2013 Lexus, has been identified as 39-year-old Patrick M Njogu.

The prisoner was wearing a seat belt at the time of the crash, the sheriff says.

The two deputies, a 36-year-old probationary patrol deputy and a 34-year-old trainee, were transported to a local hospital, the sheriff said. The deputy suffered two broken bones in his foot and numerous bruises and lacerations. The trainee suffered a head injury.

Credit: HCSO
The driver of the suspect vehicle, a 2013 Lexus, has been identified as 39-year-old Patrick M Njogu.

Both are expected to survive.

The suspected wrong-way driver who allegedly struck their vehicle suffered a broken leg, the sheriff added.

Njogu faces a felony murder charge. The sheriff says he had five previous DWI arrests and three previous convictions from the states of Illinois and Missouri.

He added that the driver was highly intoxicated and they are working to determine where he was coming from.

The District Attorney's Office says they are working to track down where the suspect driver was drinking at and there could be additional charges for those who served him.