Police say a woman was shot in the stomach by her grandfather when he decided to ring in the New Year with celebratory gunfire. 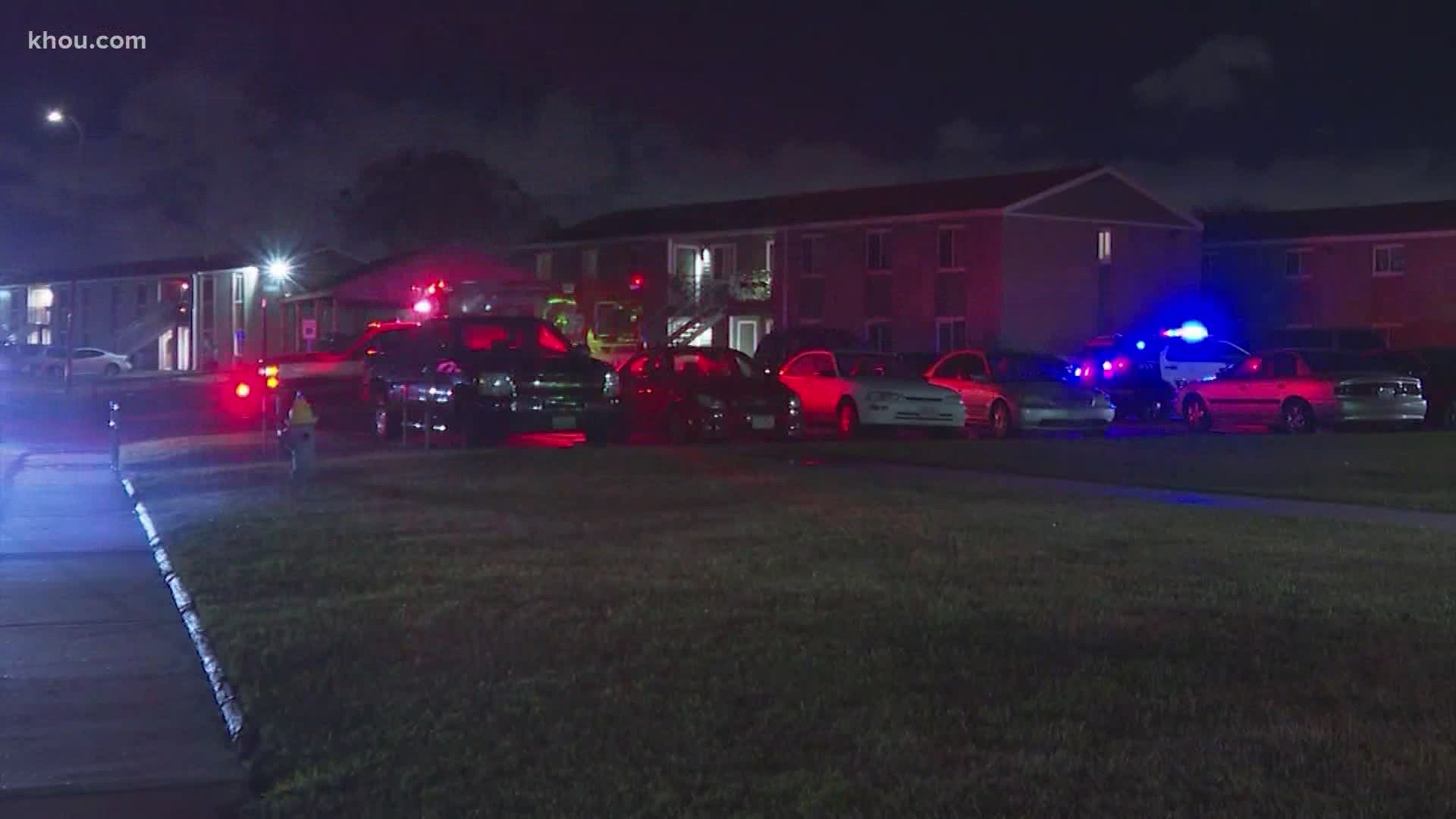 HOUSTON — Two people, including an 8-year-old boy, were injured in separate celebratory gunfire incidents overnight despite warnings from law enforcement.

Houston police said they responded to at least five or six calls of celebratory gunfire as people rang in the New Year.

A victim in one of those cases was an 8-year-old boy who was asleep in his bed. Police said just before midnight late Thursday, the shot went through the wall of his family's apartment in Garden City on the north side. The boy's family had put him to bed early when a bullet came flying through their bedroom wall.

The child was rushed to the hospital where he has significant damage to his hand.

North officers are on a shooting at 9600 Montgomery. One juvenile shot from what appears to be celebratory gun fire. Transported to hospital. Investigation is on going. #hounews CC13

HPD: Woman shot in the stomach by grandfather in celebratory gunfire incident

In another dangerous case of celebratory gunfire, police say a man shot his own 24-year-old granddaughter in the stomach after he decided to shoot his gun to celebrate the New Year.

This happened on Fulton in northwest Houston.

Central officers are on a shooting at 1700 Fulton. One patient transported to an area hospital. #hounews CC13

She was rushed to the hospital just after midnight early Friday. Police said that she was awake and went into surgery overnight.

Police said the 60-year-old man appeared to be intoxicated at the time of the incident.

"It's unfortunate that when on a day when people should be out celebrating and having a good time, they end up either hurting someone else, or even killing somebody,” HPD Lt. Pavel said.

At this time, police are investigating both shootings.