The 3-year-old's mother told police her son was missing after going to the store with her boyfriend. 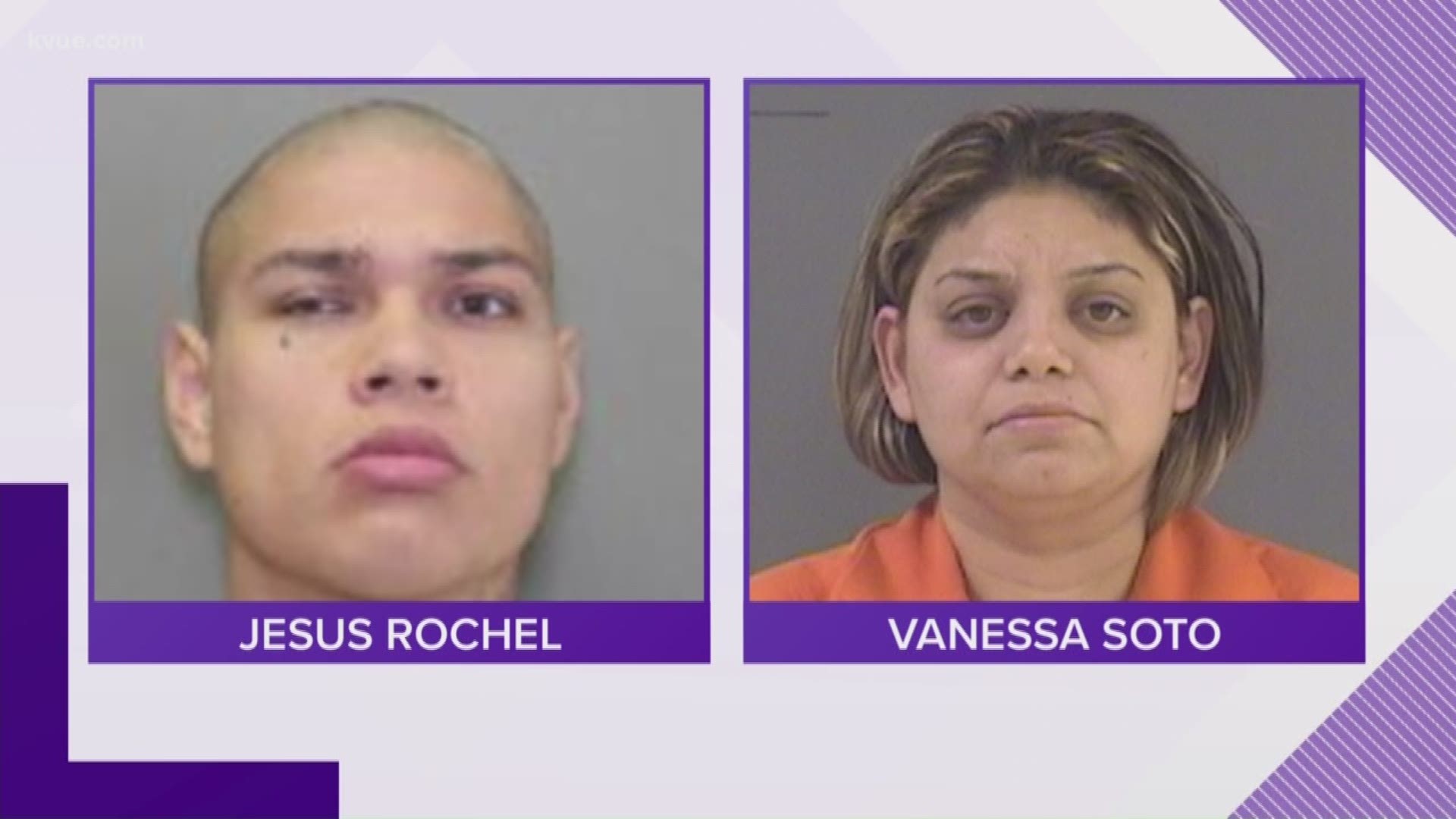 CALDWELL COUNTY, Texas — A man is charged with abandoning a child and endangering a child after investigators learned he intentionally left a 3-year-old boy in a wooded area late Feb. 22 or early Feb. 23.

Court documents also show 27-year-old Jesus Rochel admitted to investigators that he was abusing the child.

Austin police located the 3-year-old alive and breathing on Monday, Feb. 24 in a wooded area in East Austin after court documents stated he was missing for more than 30 hours.

The Caldwell County Sheriff's Office (CCSO) said deputies responded to a convenience store in Dale, Texas, at approximately 3:45 a.m. Monday when Vanessa Soto, 32, told them her 3-year-old son was missing after going to the store with her boyfriend, Rochel.

Court documents said Soto told CCSO that Rochel had been drinking alcohol and using methamphetamines at their house during the day. The document said Soto told investigators she knew Rochel was intoxicated when he left around 6 p.m. on Feb. 22 to buy more alcohol. She said he took the 5-year-old and the 3-year-old with him.

Documents said Soto told investigators that Rochel called several hours later and told her he was in Travis County trying to buy drugs. She told investigators she did not hear from him again until 4 p.m. on Feb. 23 when Rochel called to ask her to pick him up in Austin. According to court documents, Soto told CCSO that Rochel said he crashed the car after being chased by police.

CCSO said it contacted multiple agencies to check possible pursuits and were told there weren't any within the suspected time frame.

Court documents said Soto told CCSO when she picked up Rochel, he only had the 5-year-old with him. Documents showed Soto said Rochel told her he abandoned the car and the child while trying to run from police. She said Rochel told her the 3-year-old would not stop crying, so he intentionally left him on the ground in a wooded area. Documents stated Rochel later said he had no intention of going back to get the child.

Court documents showed Soto took Rochel and the child back to their house in Dale. An affidavit said when they returned, Soto and Rochel used narcotics in front of the 5- and 1-year-olds and then fell asleep without contacting authorities.

CCSO said it was not contacted until 3 a.m. on Feb. 24 regarding the missing 3-year-old.

CCSO said deputies went to a residence at 20416 Camino Real in Dale to search for the child and found Rochel there with a 5-year-old and a 1-year-old, but the 3-year-old child was not at the residence. CCSO said deputies arrested Rochel after a brief altercation and discovered Rochel had an outstanding warrant for his arrest in Travis County for family violence.

CCSO said Soto was charged with false report to a peace officer. Court documents show investigators arrested Soto for giving false information to investigators and hindering their efforts to search for the 3-year-old.

Court documents said Soto is also charged with injury to a child and two charges of endangering a child.

The 3-year-old boy was entered as a missing endangered child in the Texas Crime Information Center, according to CCSO. CCSO said it contacted Texas Department of Public Safety-Texas Rangers for assistance with the investigation, and the Travis County Sheriff's Office (TCSO) also confirmed to KVUE it had been called by CCSO for assistance at approximately 8:15 a.m. Feb. 24. TCSO said its deputies assisted with the call until 1:45 p.m.

After getting a license plate number from the vehicle Rochel had been driving, deputies learned the vehicle was towed from Tracor Lane in Austin and CCSO asked the Austin Police Department for assistance to search for the 3-year-old boy, CCSO said.

At approximately 3 p.m. Monday, the APD informed CCSO officers they had located the 3-year-old boy in a wooded area near where the car was towed. APD said the boy was alive and was taken to Dell Children's Medical Center for evaluation, according to CCSO.

Rochel has also been charged with assault on a public servant and the Travis County family violence charge.

CCSO said the investigation is active and ongoing and no further information would be released from the department.

Public records indicate Rochel has been arrested seven times between 2010 and 2016 by Austin police, Hays County and the Kyle Police department on various charges, including assault, tampering with evidence and possession of a controlled substance.