Dozens of community members gathered outside the courthouse as the murder trial began against a former Dallas police officer. 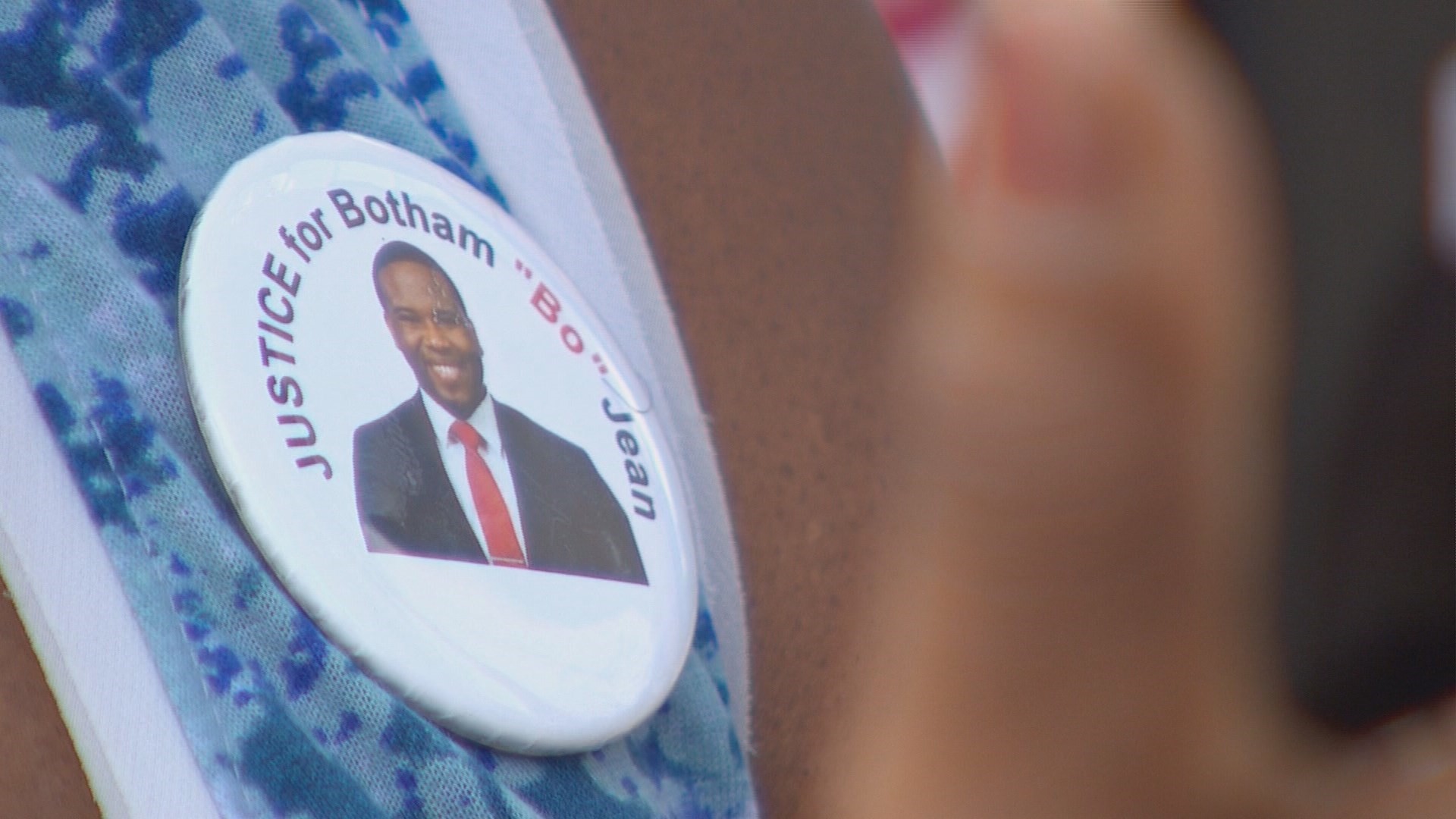 Guyger is charged in the Sept. 6, 2018 shooting death of 26-year-old Botham Shem Jean. Guyger claims she mistook Jean’s apartment for her own when she shot and killed him.

A diverse group of faith leaders, including members of Dallas Area Preachers and Church Leaders, gathered for a prayer vigil outside the courthouse. Some of the faith leaders knew Botham Jean.

"We are in need of God’s spirit this morning and throughout this trial," said Pastor Sammie Berry, of the West Dallas Church of Christ.

The faith leaders organized a prayer circle in support of Jean’s family. Some of them said their main mission was to pray for justice in the case.

"I think it’s important that pastors -- white pastors, Hispanic, black -- all leaders in our city, people in our city come together, to say that we desire peace justice and unity in our city," said Dr. Jeff Warren, of Park Cities Baptist Church said.

A group of activists with Next Generation Action Network organized a separate rally following the prayer vigil.

Community activist Alpha Thomas was among the large crowd who showed up to the rally. She held a sign reading "We Want Justice."

"What’s top of mind for me, as this trial starts ... is justice," she said. "Ensuring that justice prevails.”

Some community members were intentional in voicing their concerns.

The rally took a different tone.

"Instead of focusing on what we are going to do, let’s focus on what the police officers is going to do," Figaro said. "To have somebody shot down in their house minding their own business should be the problem.”

Knowing emotions are high, some in the group commented on how great the stakes are, as residents prepare to watch the trial play out.

"If failures in this case come … we will continue to make sure that justice is served in the most peaceful way, but also in a civil disobedient way," said activist Dominique Alexander.

Safiia Paul wore the flag of Saint Lucia as she entered the courthouse.

"I’m afraid that justice will not be served,” Paul said. “Unfortunately, because I haven’t seen any evidence of it being served in other cases.”

Lawyers say Guyger’s trial could last about two weeks. Defense attorneys suggested Guyger could share her own story from the witness stand at some point during the trial.