Two people have been charged with tampering with physical evidence, a second-degree felony. 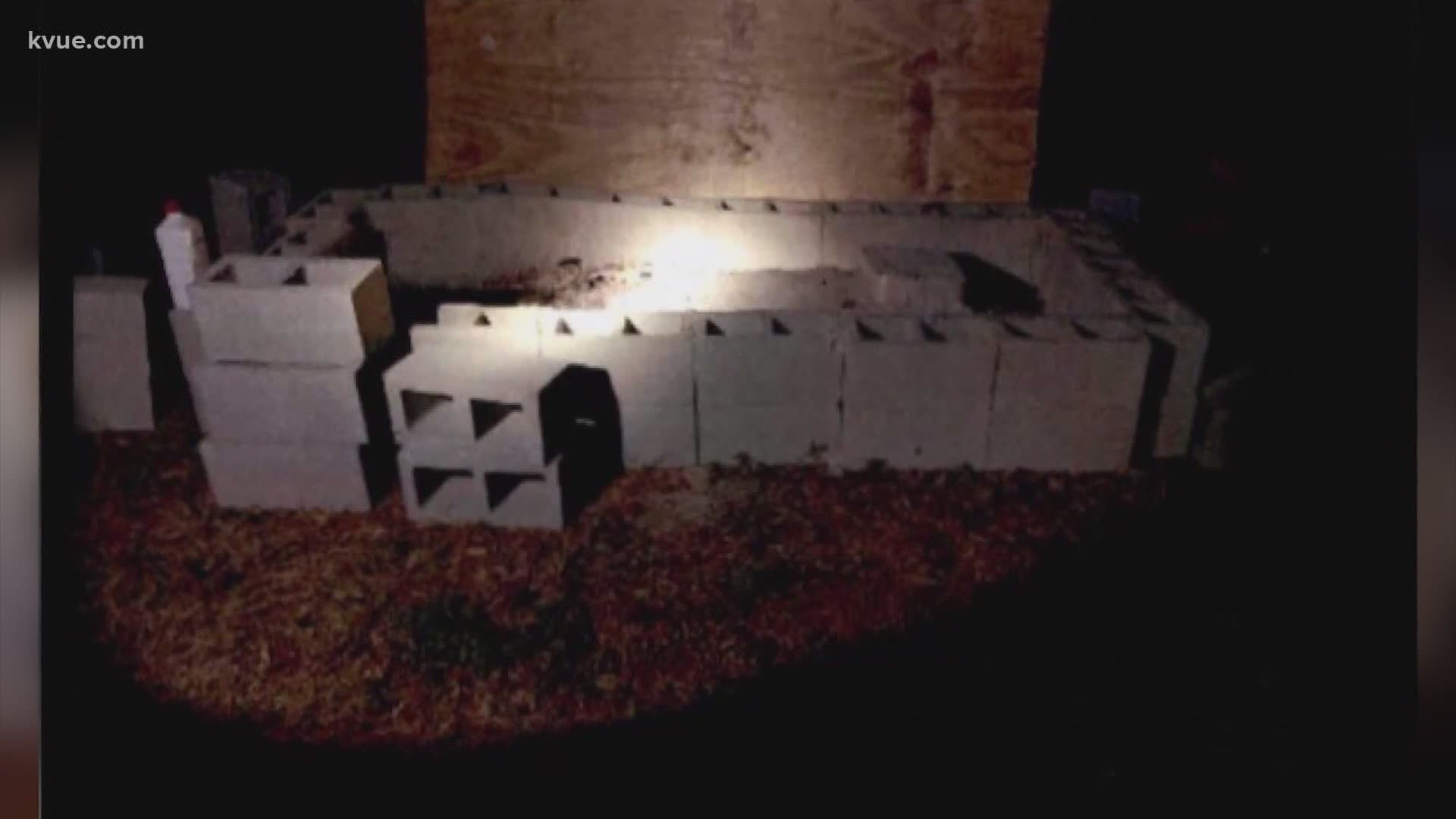 AUSTIN, Texas — On Sept. 8, officials revealed the cause and manner of death for the man found buried in concrete in a South Austin backyard last month – gunshot wound and homicide.

The deceased has been identified as 32-year-old Nicklas Kinslow.

Previously, two people were arrested and charged with tampering with physical evidence, a second-degree felony, after Kinslow's body was found buried in concrete and surrounded by cinder blocks.

Affidavits said a witness told police a man had been killed in the home and buried in the backyard. According to the witness, the victim had recently been released from jail and was an ex-boyfriend of the woman living at the home.

The witness also told police Kinslow had a history of an abusive relationship with the woman living there. A man who also lived at that residence said he witnessed Kinslow abuse the woman several times in the last few weeks.

San Antonio police confirmed they had three active warrants for Kinslow's arrest, including two warrants for aggravated assault with a deadly weapon and one warrant for violating his bond. Texas Department of Public Safety records also show Kinslow was arrested for possession of marijuana in 2011.

Upon arrival at the scene on Aug. 18, police spoke with the residents and were given consent to search the house. Officials said they discovered an area in the backyard that appeared to be where a body could have been buried.

According to court documents, police discovered a concrete mass surrounded by cinder blocks, bags of Quikcrete, a shovel and gardening hoes. A cadaver dog alerted investigators to a body.

According to the affidavits, the suspects charged were identified as Kristie Michelle Cardenas, 36, and Walker Ray Kaatz, 22. At this time, it appears the incident is isolated to those involved.

Online records indicate Kaatz was arrested by the U.S. Marshals Service and booked in the Travis County Jail Wednesday under a $100,000 bond. Cardenas is being held in the Guadalupe County Jail under a $100,000 bond as well. Police said both arrested were residents of the home. Both Kaatz and Cardenas have been served with warrants for murder, according to the Travis County DA's Office.

Anyone with more information is asked to call police at 512-974-TIPS, the Crime Stoppers anonymous tip line at 512-472-8477 (TIPS), use the new Crime Stoppers App, or email APD Homicide at homicide.apd@austintexas.gov. Tips can be made anonymously. You can also submit tips by downloading APD’s mobile app, Austin PD, free on iPhone and Android.