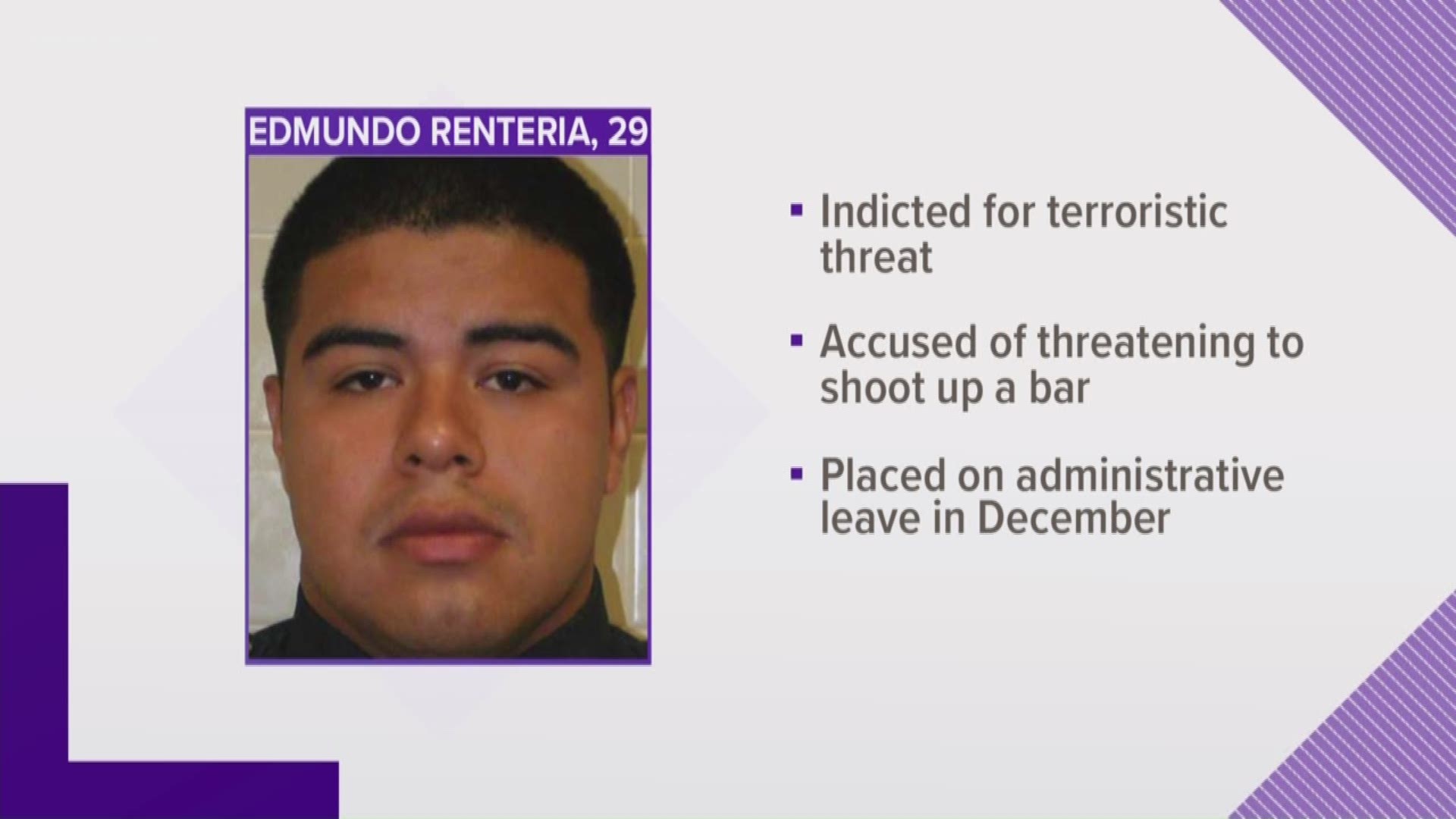 SAN ANTONIO — An off-duty deputy with the Bexar County Sheriff's Office turned himself in this morning after being indicted by a grand jury for placing a terroristic threat.

Deputy Edmundo Renteria, 29, turned himself in to the Cadena Reeves Justice Center, according to a recent release.

The indictment stems from an incident that occurred in December of 2018 where Renteria got into a verbal argument at a bar.

According to court documents, a security guard at the bar tried to escort the off-duty deputy out, but he returned back to the bar and threatened to "shoot it up."

Renteria was placed on administrative leave in December as a result of the incident.

The agency is taking action to terminate Renteria's position.

This makes the 9th BCSO deputy arrested and the 11th BCSO employee arrested this year.