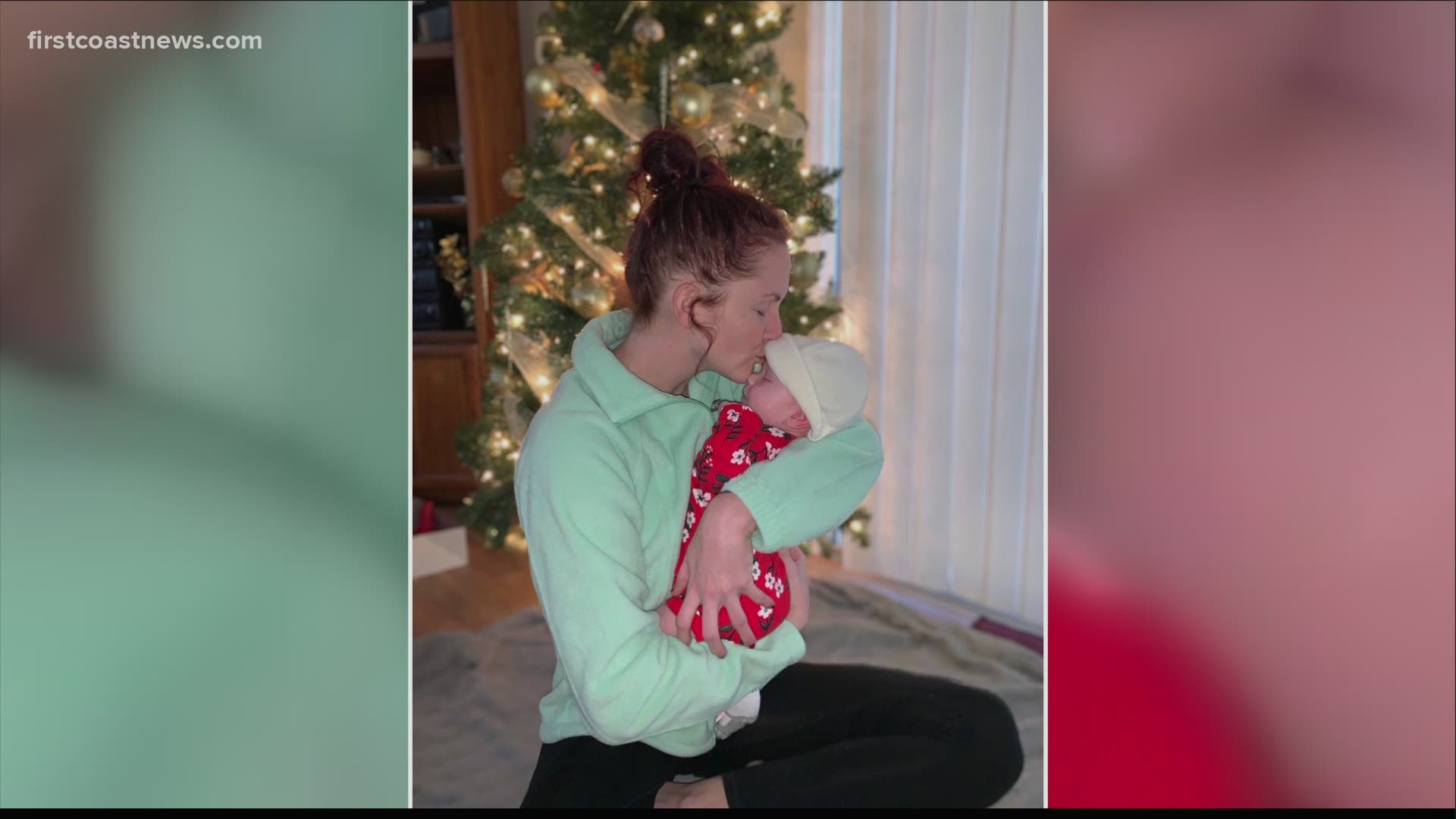 JACKSONVILLE, Fla. — Editor's Note: Some of the details in this story may be disturbing.

A Jacksonville man is now charged with second-degree murder after a 7-week-old baby died following a December 2020 child abuse incident, according to court documents filed in Duval County.

Although the amended charges document was filed last week, the Jacksonville Sheriff's Office transparency site classified the incident as a homicide on Tuesday.

A prior court document from January 2021 said Strahm threw the victim against a wall four or five times from Dec. 6 to Dec. 9, 2020, with a great amount of force; dropped the victim, causing her to hit her head on Dec. 11; and failed to seek medical attention out of fear.

The document also states when the child was examined, she "suffered from head injuries and seizures sufficiently severe to cause anoxic injury to the left side of her brain. Her physical examination revealed evidence of both physical abuse and neglect."

The infant, identified by loved ones as Scarlet, spent two weeks in home hospice and died on Jan. 3, according to a GoFundMe page her mother's family set up.

Kilzer said her sister was in a relationship with the suspect, and there was no past abuse to their knowledge.

The family is still raising funds for her mother online, and also uses the hashtag #westandforscarlet.

A JSO arrest report from Dec. 19 says Strahm confessed. He was originally arrested on charges of aggravated child abuse and child neglect.

A Jacksonville father now charged with second-degree murder for the death of his 7-week-old daughter.

Court docs say Steven Strahm, 28, threw his daughter “against wall 4 or five times” in early Dec. Then, he dropped her on her head and didn't call for help. @FCN2go pic.twitter.com/Yni0vWNuyB