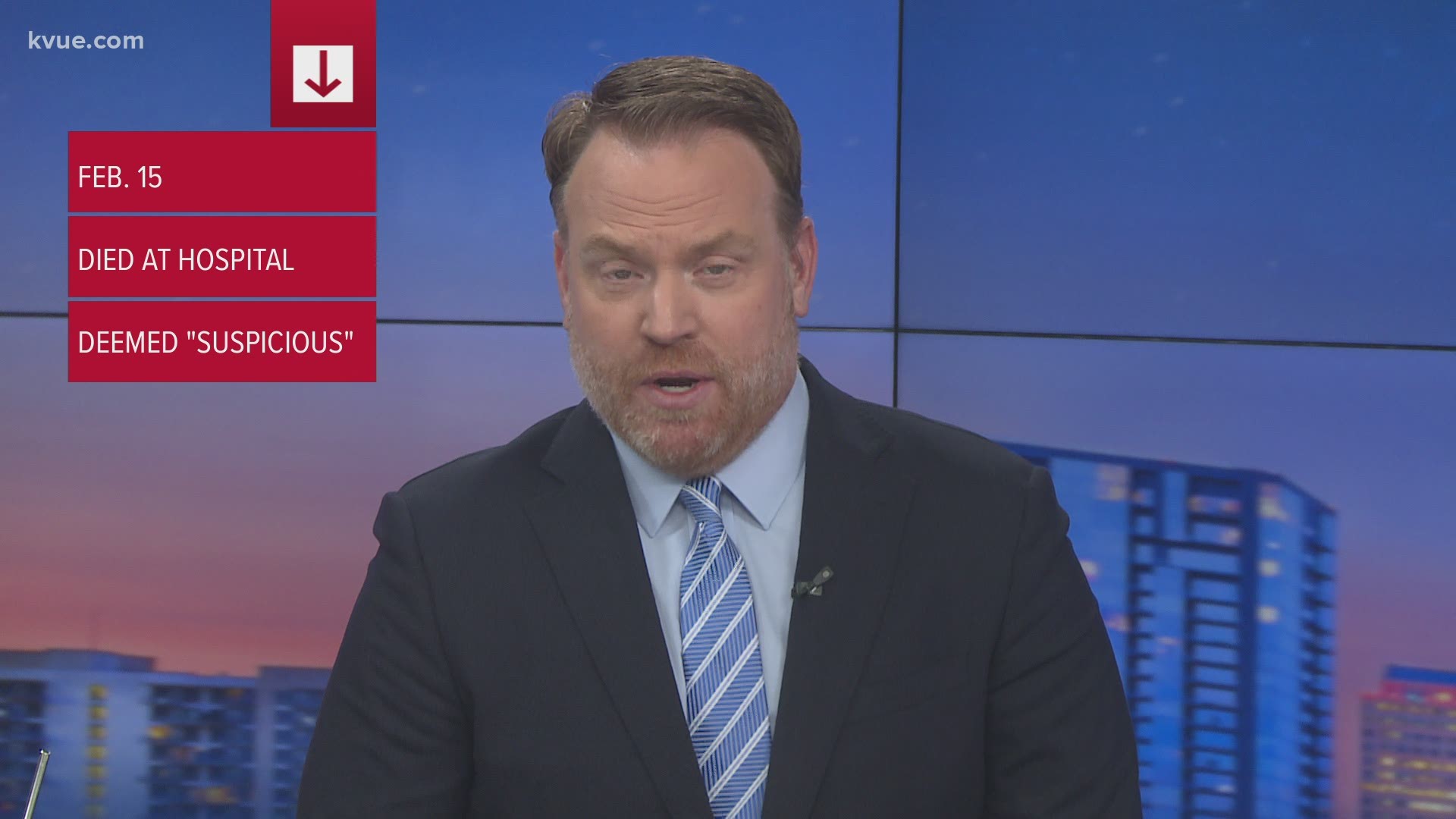 AUSTIN, Texas — Austin Police Department detectives are investigating the death of a two-year-old in southeast Austin as a homicide.

Police said at approximately 6:06 p.m. on Monday, Feb. 15, Austin 911 received a call from a resident in the 7000 block of Tonka Lane reporting that a baby was seizing and struggling to breathe.

Austin-Travis County EMS and Austin Fire Department crews arrived on the scene to begin providing care to the child. The child was transported to a local hospital where they died late in the afternoon on Thursday, Feb. 18.

The Travis County Medical Examiner conducted an autopsy on Feb. 19. Child abuse detectives are awaiting the final results but do consider the death suspicious based on the evidence gathered thus far. They are investigating the incident as a homicide.

APD is asking anyone with any information or video of the incident to call the Child Abuse Unit at 512-974-6880, email child.abuse@austintexas.gov, call the Crime Stoppers tip line at 512-472-8477 (TIPS) or use the Crime Stoppers app. You may remain anonymous. Information leading to an arrest may be eligible for a reward of up to $1,000.

This is Austin's eleventh homicide of the year, according to APD.

PUC Chair steps down after Lt. Gov. Patrick calls for her resignation