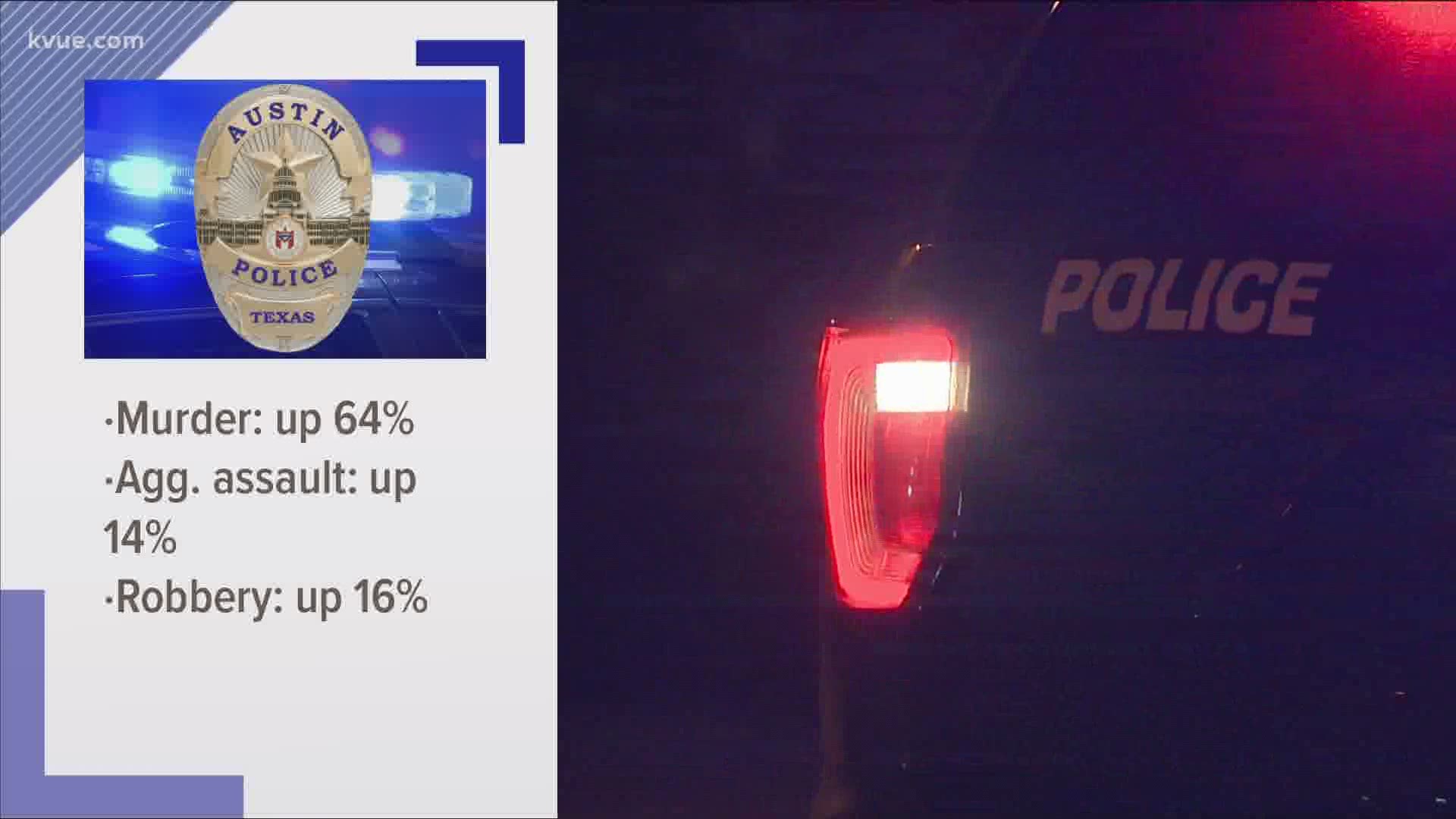 AUSTIN, Texas — A man has been arrested and other suspect escaped after leading police on a pursuit in a vehicle reportedly stolen from Austin.

Bell County officials said they received word at approximately 1:05 a.m. Sunday that the Williamson County Sheriff's Office were tracking a 2020 Jeep Wrangler reported stolen from Austin and was headed northbound on Interstate 35.

The Bell County Sheriff's Department pursued the Jeep through the city of Belton and into the city of Temple, where the vehicle reportedly crashed through a chain link fence near a Lowe's store off of HK Dodgen Loop.

Both suspects ran away and the passenger of the vehicle, later identified as Rashard Burns, was caught and arrested, police said. The driver of the vehicle was able to escape and has not been found as of Sunday afternoon, according to police.

Police searched the vehicle and found 0.27 grams of Methamphetamine.

Burns was transported to the Bell County Jail.

WATCH: Austin police: Crime rates up in June compared to 2019