Police said the suspect approached a large group of people in the area and opened fire, striking five people with gunfire. 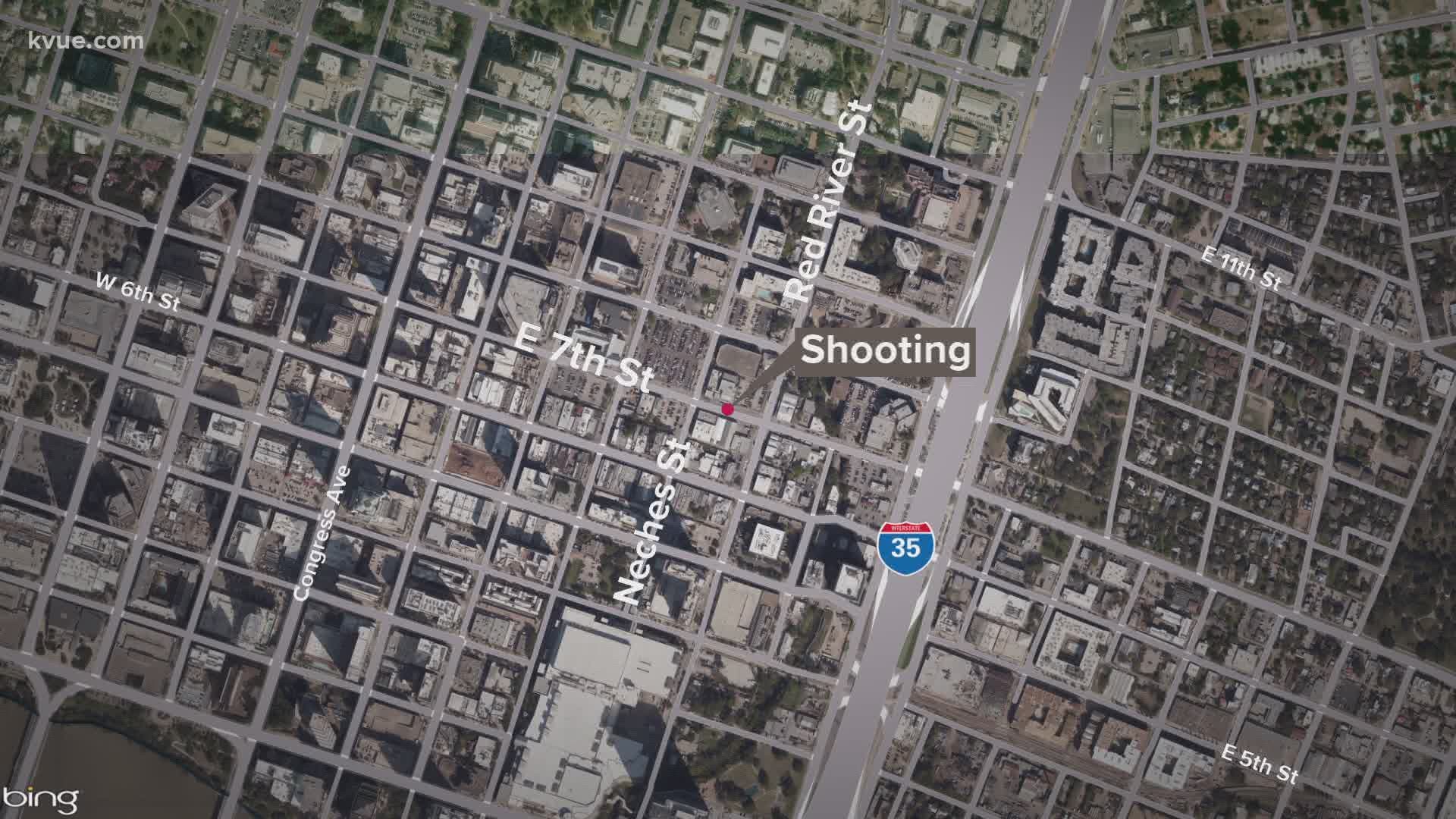 AUSTIN, Texas — Austin police are asking for the public's assistance identifying a man involved in an aggravated assault on East Seventh Street in Downtown Austin.

Police said the suspect, described as an approximately 20-year-old black man, standing 5 feet 10 inches and weighing 130 pounds, approached a large group of people at approximately 3:04 a.m. on Sunday, June 21, in the 500 block of E. Seventh Street and opened fire. The suspect struck five people with the gunfire, causing several victims to be seriously injured, APD said.

Police said a video from the scene indicates there were a large number of witnesses at the time of the incident.

Anyone with information about this case is asked to call the APD Aggravated Assault Unit at 512-974-5245, Crime Stoppers at 512-472-TIPS or use the new Crime Stoppers App. Crime Stoppers may offer a reward up to $1,000 for information leading to an arrest. You can also submit tips by downloading APD’s mobile app, Austin PD, for free on iPhone and Android.