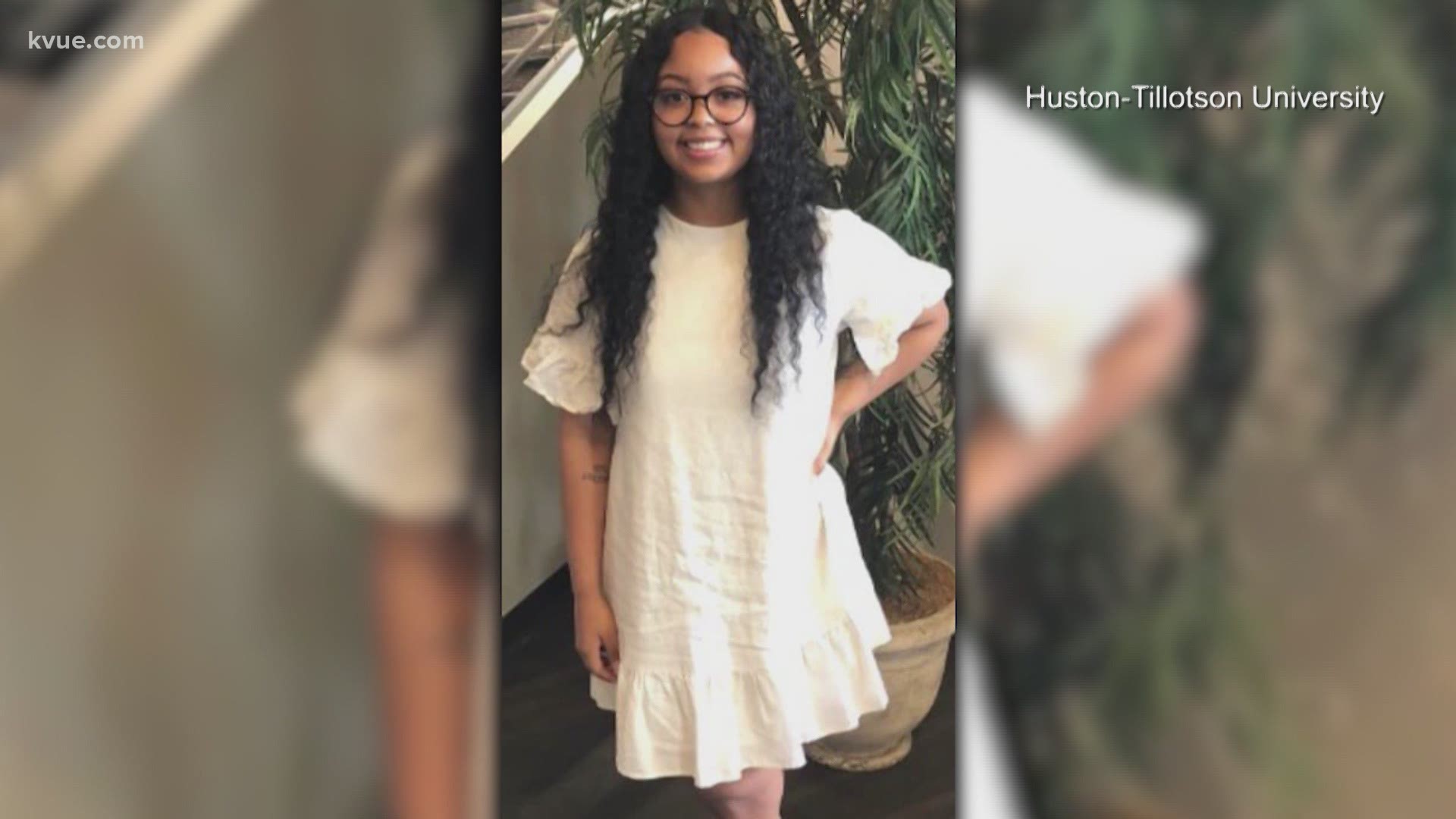 According to Huston-Tillotson University, she was a graduating senior.

"Huston-Tillotson University mourns the tragic loss of our graduating senior, Ms. Natalia Monet Cox," the university said in a Facebook post. "Born in 1999, Natalia was a biology major assiduously on the path to realizing her dream of becoming an exotic animal veterinarian."

As a student, the university said Cox served as acting president of the Pre-Alumni Council, Secretary of Alpha Kappa Chapter of Delta Sigma Theta Sorority Inc., sat on the Executive Board of Deeds Not Words, and held a prestigious internship with Texas Parks and Wildlife as a researcher for two years.

“Natalia was a brilliant and spirited young woman whose rays of light illuminated and brought warmth to every individual she encountered—Natalia Monet Cox, you are forever missed,” said President Colette Pierce Burnette, extending her condolences and prayers to the Cox family.

The Austin Police Department said the shooting happened in the 9700 block of N. FM 620 early Wednesday. Police said they got reports of gunshots and disturbances in the area of the Colonial Grand at Canyon Pointe Apartments. When officers arrived at the scene, they found Cox dead.

Police have not arrested anyone in connection to this incident but said there is not a threat to the public.

Both crime scene and victim services vehicles were on the scene Wednesday morning, according to KVUE's Tori Larned.

Police said they received multiple calls from the apartment complex reporting what sounded like a door being kicked in. The callers also reported hearing several gunshots, a woman screaming and the sound of someone running, followed by a car leaving in a hurry.

Police said the front door of an apartment unit appeared to have been forced open. The victim was found in one of the bedrooms with what appeared to be gunshot wounds. She was pronounced deceased at 3:04 a.m.

Homicide investigators are developing leads toward identifying a possible suspect. The APD is asking anyone with information about this homicide to call 512-477-3588.

This is the 20th homicide so far this year in Austin.

Texans share their experiences with mental health during the pandemic

Texas Longhorns fall in Elite Eight after losing to No. 1 seed South Carolina