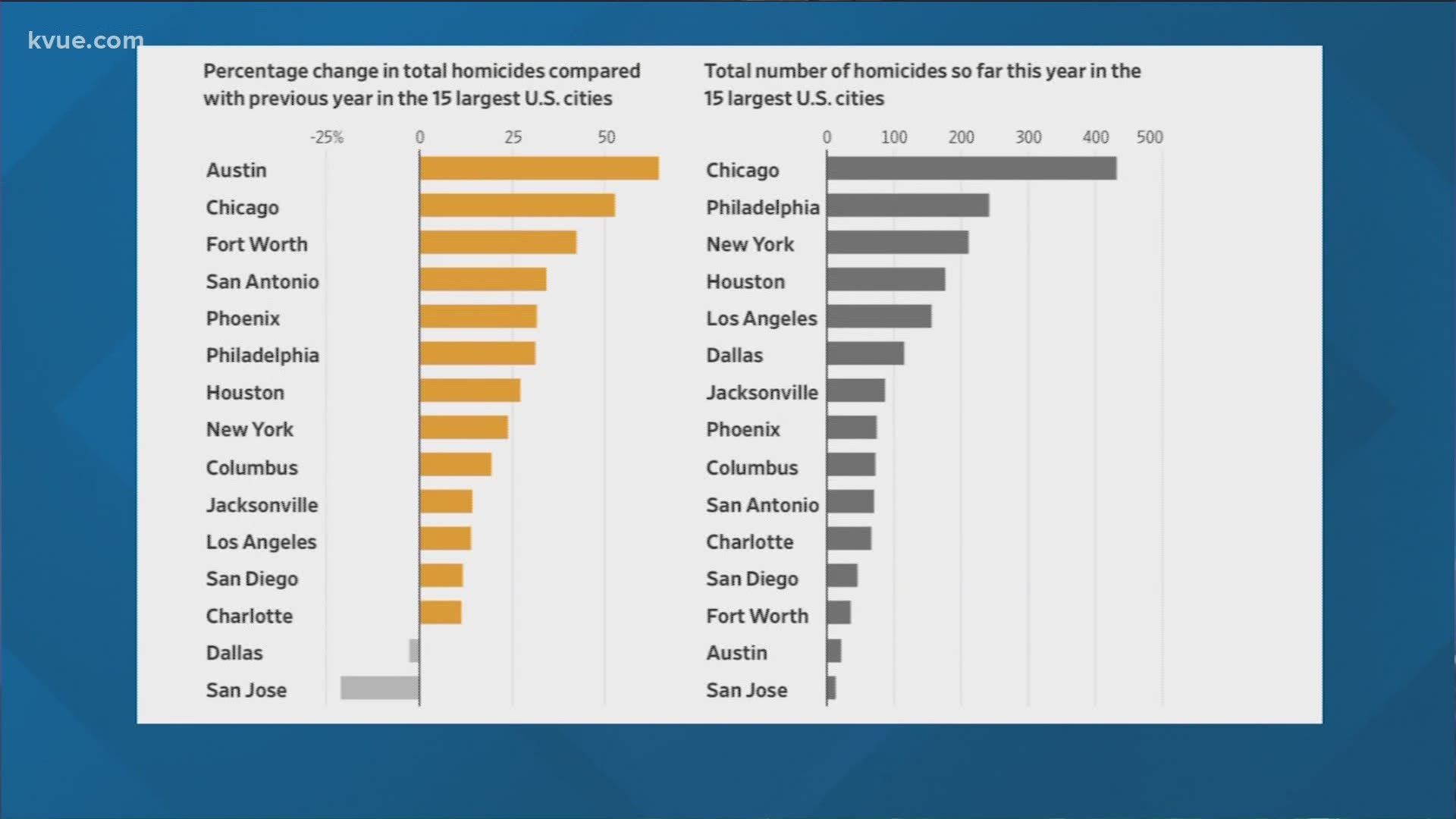 The Austin Police Department said Joe “Mikey” Montemayor, who was 19 years old at the time of his death, was murdered in the 1100 block of E. Oltorf Street on Sept. 22, 2014.

According to APD, officers responded to a 911 call at an apartment complex that day at approximately 9:57 p.m. where the caller reported a man had fallen down on the sidewalk and was gasping for air and bleeding badly. Officers immediately began to perform life-saving measures on Montemayor, but were ultimately unsuccessful and Montemayor was pronounced dead at the scene.

Police said Montemayor was wearing plaid shorts and white “Jordan-style” sneakers at the time of his murder.

Montemayor's death was ruled a homicide by the medical examiner, APD said.

Montemayor did not reside at the complex where he was murdered and was there with friends who were visiting someone, according to police.