Police said the incident began when they were having trouble speaking with one another at the speaker box. 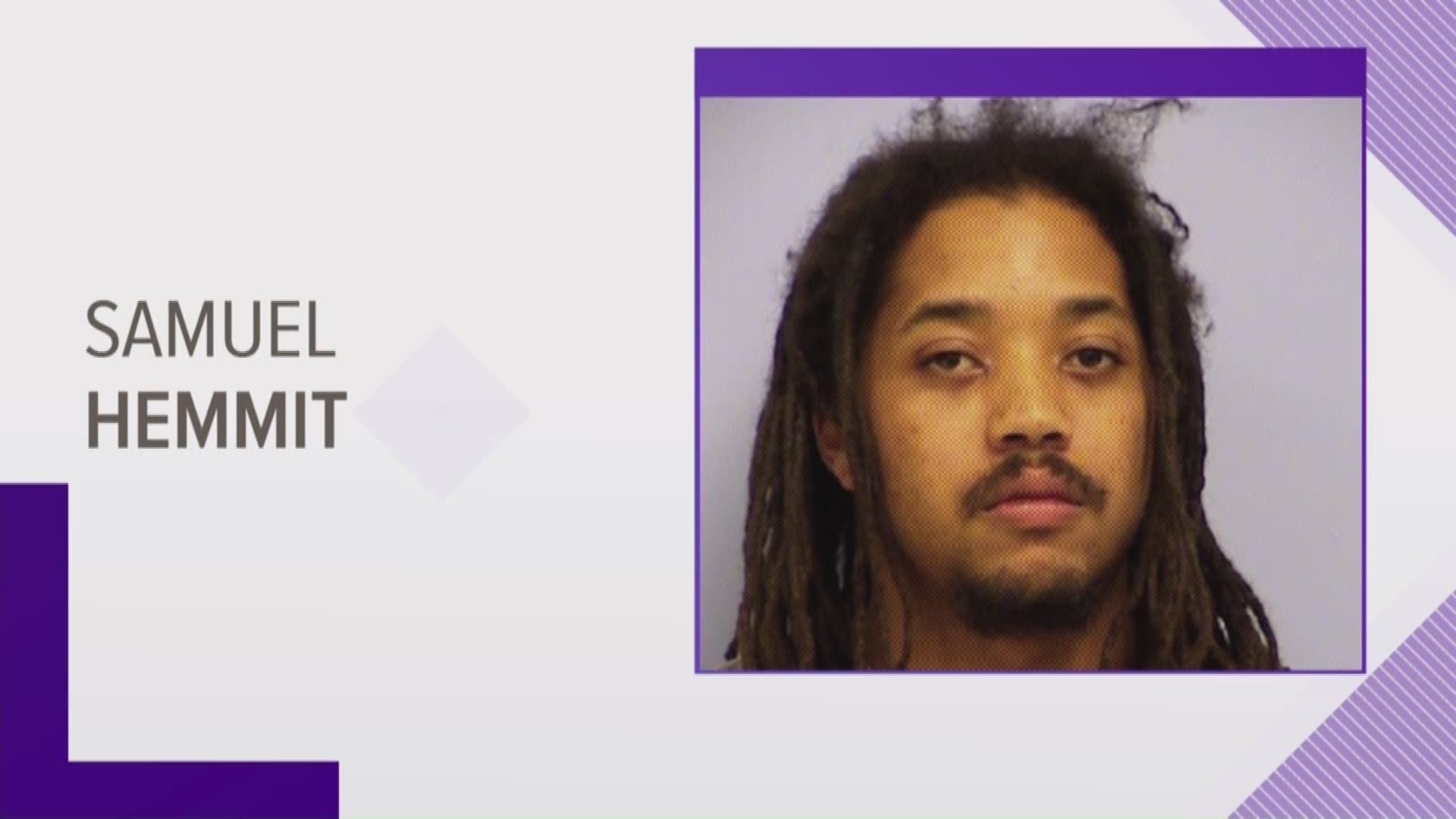 AUSTIN, Texas — An Austin Taco Bell employee was arrested Sunday after he was accused of threatening a customer at the drive-through window with a machete.

Police were called to the restaurant on 502 W. William Cannon Drive around 5:39 p.m. There, the victim said that he pulled up to the speaker box and attempted to place an order. He stated that he had a hard time speaking with the employee and asked him "Can you not hear?" He then said the employee began cursing at him and told him, "Why don't you pull up and I will show you what I have for you."

When the man approached the window, he observed the employee leaning on the window counter with an object in his hand. As he continued to pull up, he stopped just before the window when he realized that the object was a short, black machete.

At this point, the victim stated the employee continued to curse at him and began swinging the weapon, striking his driver's side mirror. He then immediately drove away and called 911.

Austin Police Department officers eventually spoke with the restaurant's general manager, who provided security footage of the incident. In that footage, they observed the employee, identified as 21-year-old Samuel Hemmit, running to the break room to grab the machete. The footage also depicts Hemmit swinging the weapon at the victim's vehicle and striking the mirror. After the victim drives away, police said Hemmit can be seen hiding the machete inside a dumpster behind the restaurant.

Upon speaking with Hemmit, police said he admitted to using the machete although he originally stated it was just a metal pole. Officials said he also admitted to swinging the weapon at the man.

He also reportedly told police he usually keeps the machete in the dumpster area, even though he was seen on camera retrieving it from the break room. Police said they later retrieved the weapon from the dumpster and discovered it was sharpened and about 18 inches long.

Hemmit was charged with aggravated assault with a deadly weapon, a second-degree felony. His bond was set at $15,000.