There were at least five shootings in the Austin area over the weekend. Most of them happened downtown and there's one overnight that took place near SXSW that left one man hospitalized. 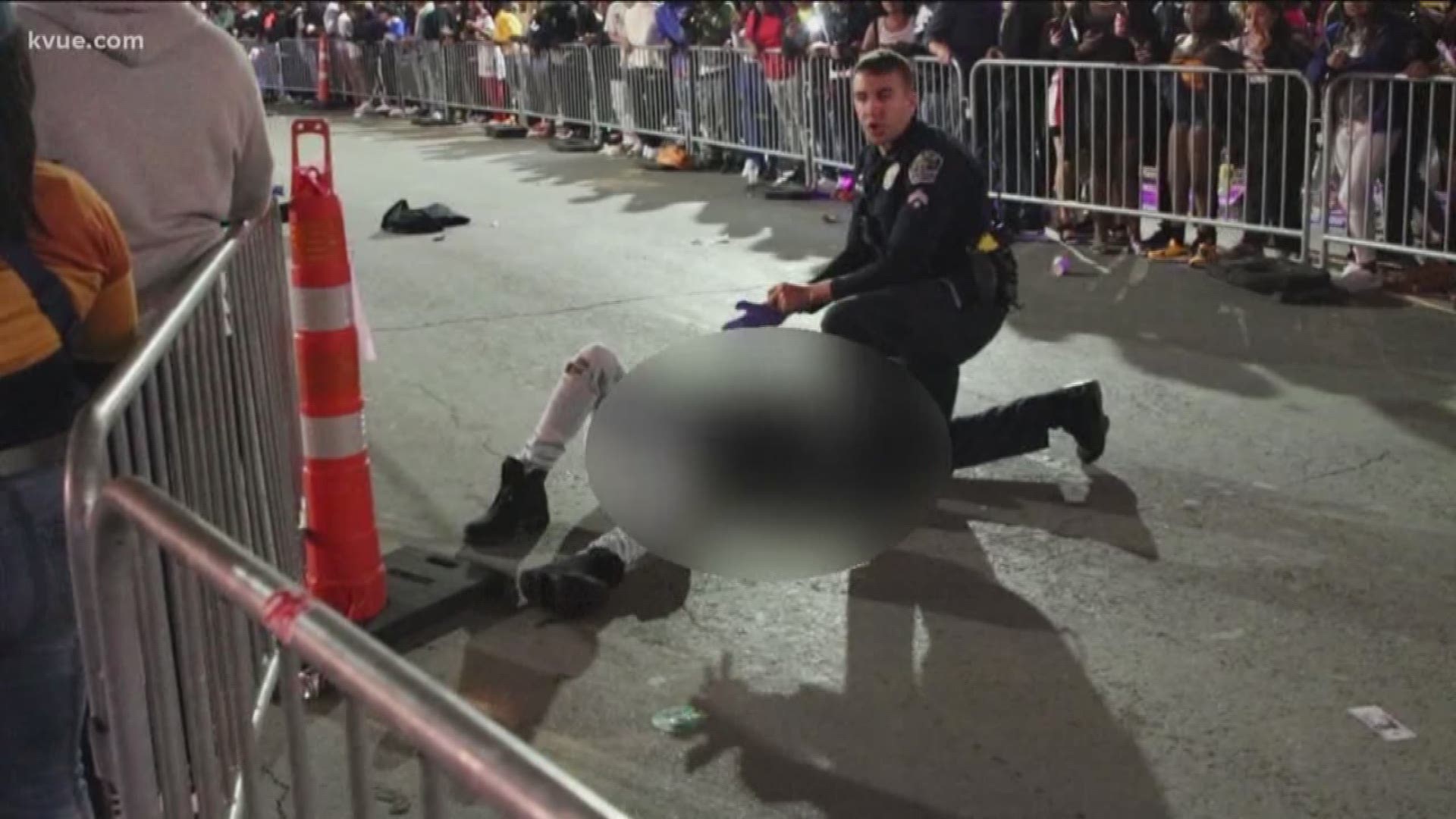 AUSTIN, Texas — A shooting during South by Southwest sent one man to the hospital. With many people in Austin for the festival, some now worry groups from out of town could be part of a bigger problem.

Witnesses told KVUE someone opened fire in the middle of a large crowd early Sunday morning on Sixth Street on the final weekend of SXSW.

“There were thousands of people on the street,” said Jonis Birkes, who works security at a nearby bar. “It was so congested it took 20 to 30 minutes to go the length of one block."

The already-busy entertainment district flooded with an even larger crowd Saturday night when all of sudden – gunshots.

"A huge wave of people started to run into the bar and, in the midst of everything, I heard someone scream 'gunshots,' so we just threw the straps off our doors, got as many people in as we could, and we closed the doors and just kind of waited it out,” said Birkes.

Birkes was there around midnight when a man was shot and taken to the hospital. Police said this happened along Sixth Street near San Jacinto.

“Any time SXSW comes to town, it brings a lot of other folks in that we probably wish would not come to town,” said Ken Casaday, Austin Police Association president.

Casaday believes it's possible this shooting is gang-related.

“We knew we had rival music folks coming to town, which also brings in rival gangs from Dallas, Houston, New Orleans, Atlanta and a lot of other places,” said Casaday. "When you bring that in, it sets up a horrible environment for violence, which we saw last night."

He said the shooting happened just 15 feet away from a line of officers in an area that's becoming more and more unsafe.

This didn't happen at an official SXSW event venue, but a SXSW spokesperson said in a statement:

“Safety is a top priority for SXSW. Every year we work with local, state and federal public safety partners to share information and refine emergency response plans and procedures.

While none of the incidents took place at any official event venues, we are grateful for the swift response of the Austin Police Department and emergency services. These acts affect all of us who call Austin home.

The downtown entertainment district is one of Austin’s main attractions, yet is a source of year-round concern. We support both the City of Austin and law enforcement’s efforts to address the situation.”

A bar manager, who's also concerned about the violence in the area, told KVUE he'd like to see the city block off the streets even more and force people to go through security before getting in.

In this shooting, police have made arrests, but at last check they are still searching for others involved.