Police said the incidents appear to be escalating. 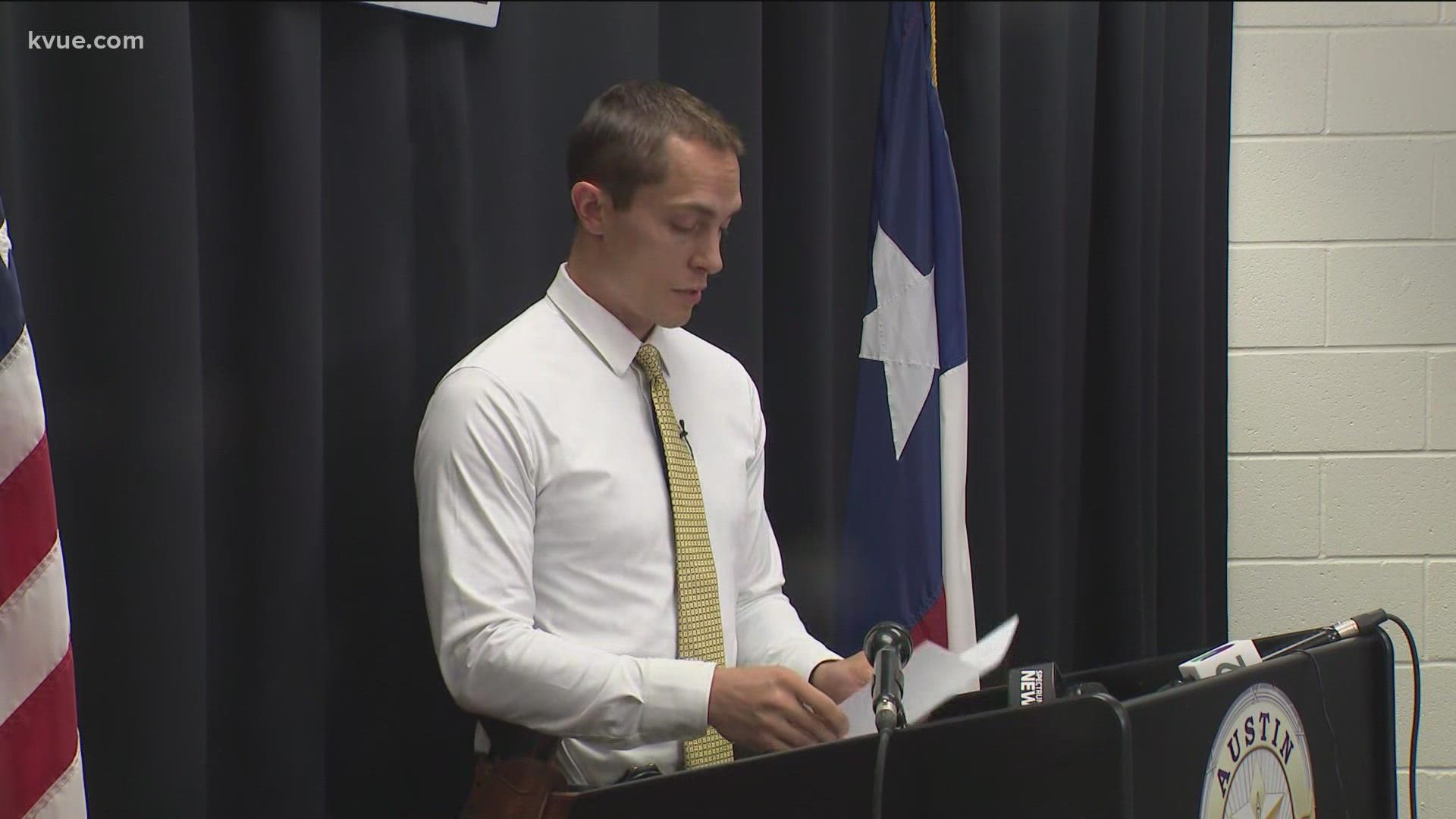 AUSTIN, Texas — The Austin Police Department is asking for the public's help in identifying a suspect in a series of robberies.

Police said the motive for each robbery appears to be sexual in nature and they are escalating. Officials added that the locations where the aggravated robberies occurred are in close proximity.

A summary of each case is listed below:

Around 7:56 a.m., a woman was walking alone, returning from her child’s school, when the suspect walked by and inappropriately touched her. The suspect then reportedly grabbed the woman by her arm, threatened her with a knife and demanded her property.

Around 8:10 a.m., a woman was walking to her child’s school when a man approached her with a knife and demanded her personal items. The suspect then said he would give the items back in return for sex.

Around 11:03 a.m., a woman was with her child in the laundry room of an apartment complex when a man walked in while performing a sexual act. The suspect demanded personal items from the victim, threatened to hurt her and take her child.

Anyone with information is asked to call the APD Robbery Tip Line at 512-974-5092, or you can remain anonymous and contact Crime Stoppers at 512-472-TIPS, or the Crime Stoppers app. You can also submit tips by downloading APD’s mobile app, Austin PD, free on iPhone and Android.