One man was killed and two other men also sustained gunshot wounds. 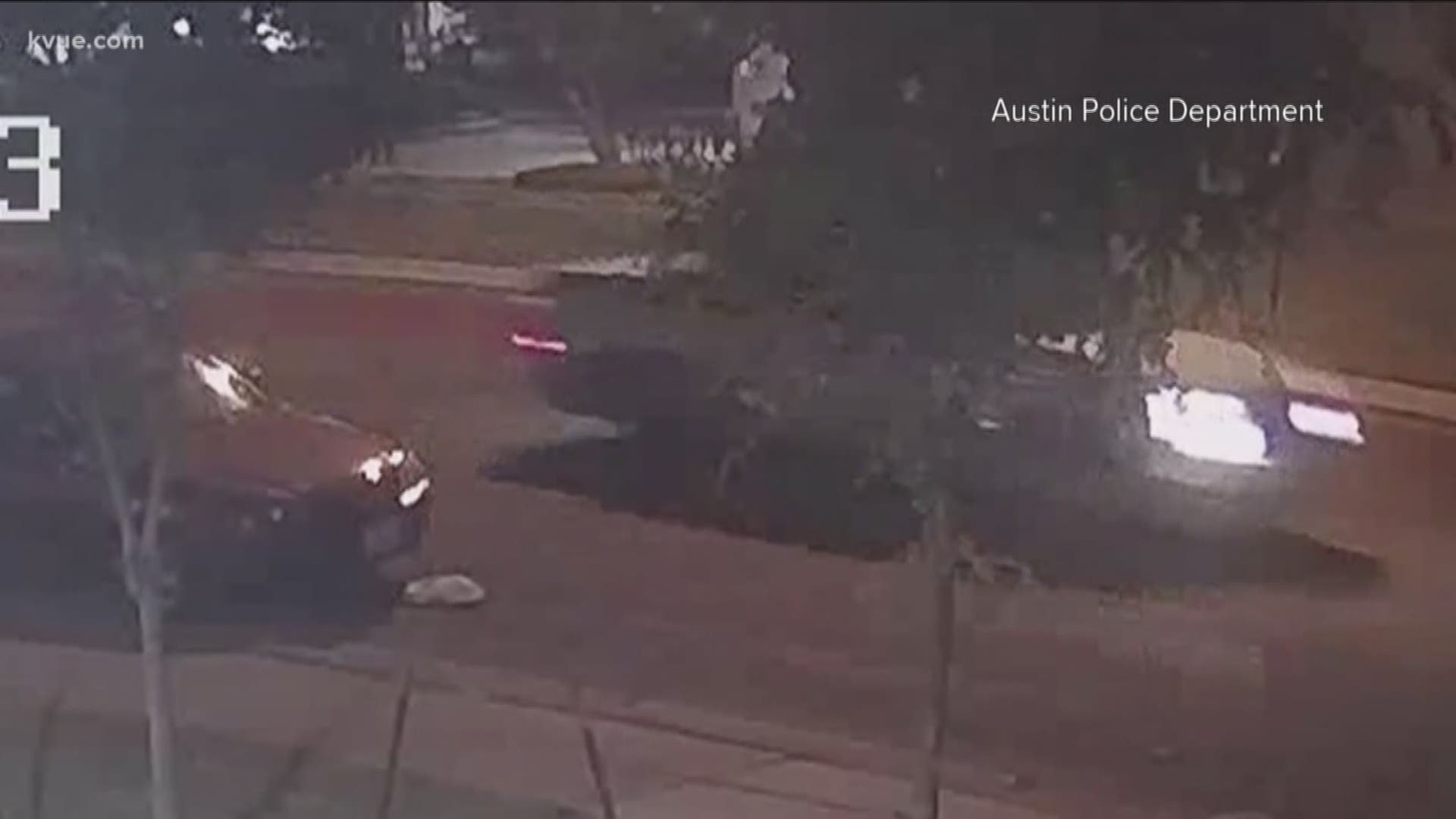 AUSTIN, Texas — The Austin Police Department held a press conference Tuesday afternoon asking for the public's assistance identifying a shooter that killed one man and injured two others early Sunday morning in the parking lot of La Preferida Bar in North Austin.

At 1:50 a.m. on Sunday, APD received a shots fired call at the La Preferida Bar parking lot on Lamar Boulevard at Masterson Pass, just north of Rundberg Lane. Police arrived at the scene to find three men who had sustained gunshot wounds.

One man, later identified as 26-year-old Julio Cesar Gamez-Contreras, was pronounced dead at the scene. The Travis County Medical Examiner has since conducted an autopsy and ruled his death a homicide. The other two victims – Hispanic men in their 30s, according to authorities – were transported to Dell Seton with non-life-threatening injuries.

On Tuesday, police described the suspected shooter as a Hispanic man, about 5 feet, 10 inches tall with a stocky build. He was wearing blue jeans, a white shirt with a silver design on it and he possibly has a goatee or mustache.

Man with rifle killed by police in shootout in Kansas City, Kansas

This 7-year-old boy was supposed to start school this week, but he was shot and killed in north St. Louis

Police said a verbal altercation inside the bar on Sunday turned physical, causing the bar's security guards to kick everyone out. In the parking lot, the fight defused somewhat after security pepper-sprayed the group.

Police said the three victims were approaching their vehicle when a different vehicle blocked them in. The suspect got out of the passenger's side and began shooting at the victims.

Police said the suspect fled the scene in a white Cadillac Escalade truck with chrome wheels similar to the one pictured below. A gray Chevy Silverado also left after the Escalade.

On Tuesday, police released this video of the suspect's vehicle leaving the scene.

Anyone with any information or video related to this incident is asked to contact police at (512) 472-TIPS or text "Tip 103" and your message to CRIMES.