Police said the suspect got into an altercation inside the club and "conducted surveillance," waiting for the intended target to come out. 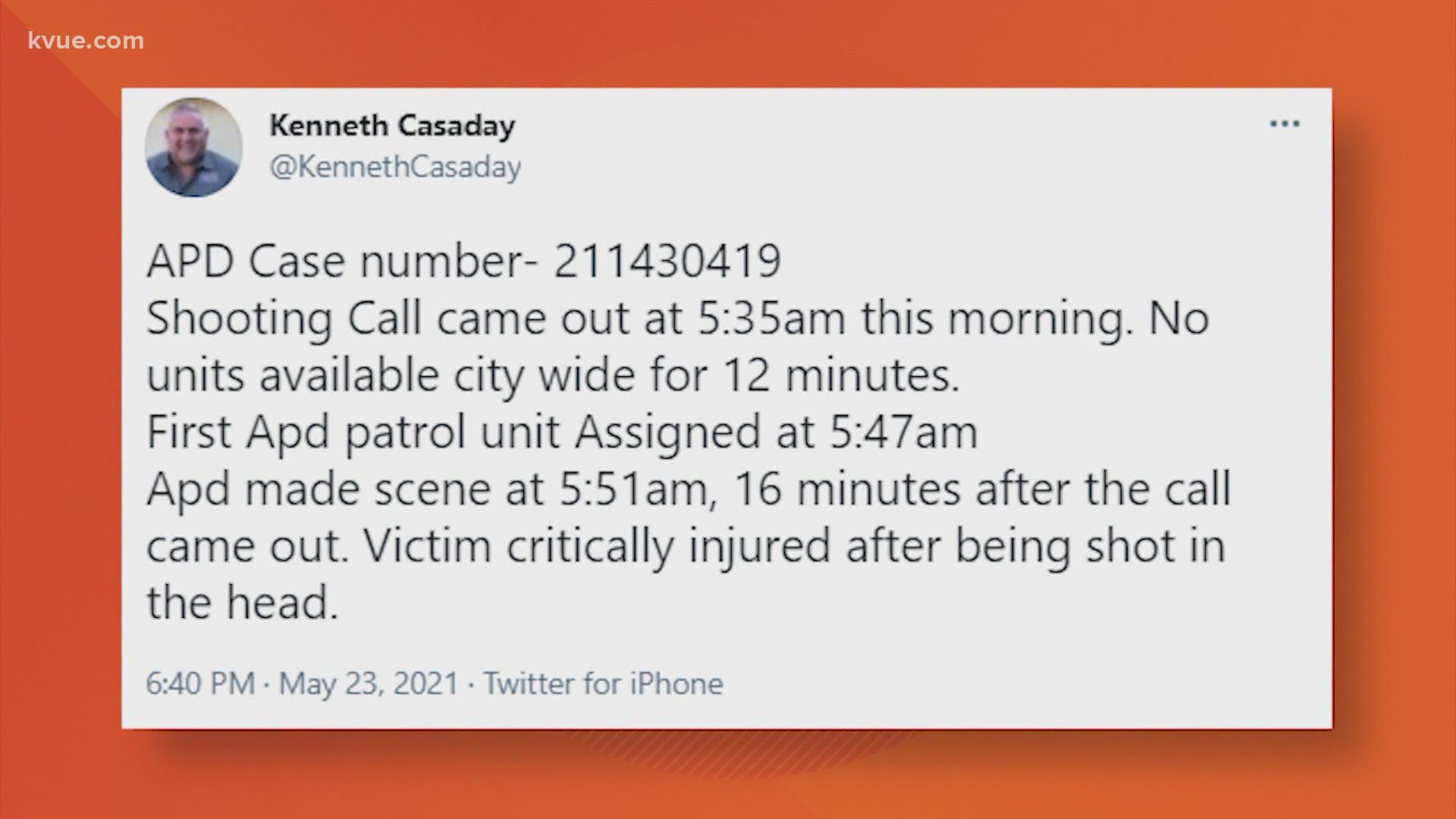 AUSTIN, Texas — The Austin Police Department has released more information regarding the death of a 22-year-old who was shot after exiting an area strip club.

Officials said the original shots-fired call came in around 5:35 a.m. on Sunday, with the Austin Fire Department and EMS medics also responding at 9705 Reservoir Court and the frontage road of 290.

The victim, identified as Alejandro Martinez, was transported to Dell Seton Medical Center in a critical condition, but he was pronounced dead on Wednesday at 3:48 p.m.

One witness told police an altercation had taken place inside Bare Cabaret and that one of the suspects involved was asked to leave the club. Detectives believe that this suspect then left and met up with several other individuals in a black, four-door sedan, possibly a Honda.

Officials said the suspect and two other people "conducted surveillance" on the club until the other individual(s) was seen leaving. They then fired multiple gunshots from their vehicle at the fleeing intended victim.

Police believe that Martinez was an innocent bystander in this case. The intended target reportedly fled the scene and then drove the wrong way on the frontage road. It is unknown if this person sustained any injuries.

Anyone with more information or video of the incident is asked to call APD Homicide at 512-974-TIPS, email homicide.apd@austintexas.gov, use the Crime Stoppers tip line at 512-472-8477 (TIPS) or the Crime Stoppers app. Tips can be submitted anonymously.

It's not the first fatal incident linked to Bare Cabaret. In September 2020, a man died after reportedly getting into a fight there. An arrest was recently made in that case.

Woman gets scammed out of $1,000 trying to buy ACL tickets online