In March, APD Officer Christopher Taylor was indicted for murder in the 2020 shooting death of Mike Ramos. 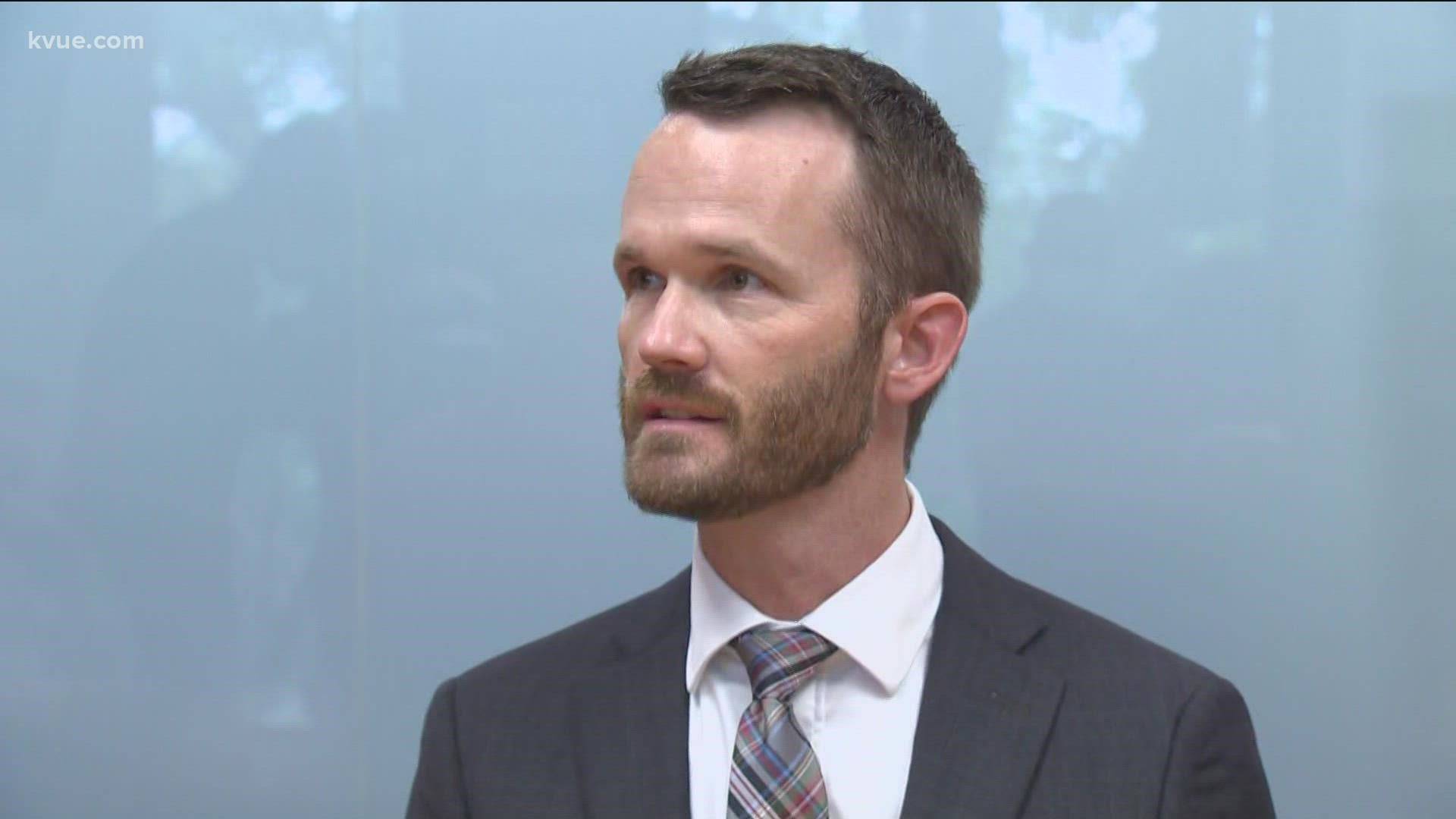 It was announced Friday afternoon that Austin police officer Christopher Taylor was indicted on a murder charge for the second time in five months, stemming from separate on-duty shootings that happened within less than a year of each other.

Hours later, KVUE's Tony Plohetski reported that officer Karl Krycia had also been indicted with murder and deadly conduct in the death of DeSilva.

Taylor was already out on bond on a murder charge in the April 2020 shooting death of Michael Ramos when he turned himself into the Travis County Jail on Friday on the new murder charge. He was released on bond in the second case.

The most recent charge is the result of his use of deadly force in July 2019 in the death of Mauris DeSilva, who suffered from mental illness and had a knife in a downtown condo building when Taylor shot and killed him.

UPDATE: A second Austin police officer has been indicted with murder and deadly conduct in the death of Mauris DeSilva. Officer Karl Krycia turned himself in this afternoon. https://t.co/oW68wfunWB

On July 31, 2019, Austin police were called to the building near Third and Bowie streets after a person called 911 to report that a man was outside with a knife.

Police said that when Taylor and another officer arrived, DeSilva had gone inside the building and that they found him on the fifth floor. At that point, police said DeSilva did not obey their commands and walked toward them with the knife in his right hand.

The DeSilva family has said in a lawsuit that the shooting was unjustified and pointed out that only two of three officers at the scene used deadly force. They also said that the Austin Police Department knew that DeSilva had a history of mental illness and had interacted with him previously without incident.

The officers involved in DeSilva's death were not disciplined and were returned to the street in the weeks after the shooting.

Months later, Taylor was one of several officers called to a southeast Austin apartment complex after a woman called 911 to report a possible drug deal. Officials said her report turned out to be false.

A group of officers tried to detain Michael Ramos when an officer used what police call a "less lethal" bean bag ammunition on him. Moments later, Ramos got into his car and began driving out of a parking spot when Taylor shot and killed him.

The shooting, which was seen and recorded by witnesses, prompted immediate outrage and helped fuel summer protests after the murder of George Floyd in Minneapolis.

"The Austin Police Department (APD) is aware that a Travis County Grand Jury indicted Officers Karl Krycia and Christopher Taylor for their actions during an incident that occurred on July 31, 2019. Multiple officers, including Officers Krycia and Taylor, responded to a downtown condominium after 9-1-1 received several calls advising a man was banging loudly on emergency exit doors and walking around holding a knife to his throat. The man was later identified as Dr. Mauris DeSilva. When officers arrived, they saw Dr. DeSilva on security cameras walking in a 5th floor hallway, still in possession of the knife. Officers entered one of the elevators with a member of the property’s security team to make contact with Dr. DeSilva to ensure his safety and the safety of others in the building.

To protect the integrity of the criminal proceedings in this matter, APD has delayed reaching any conclusion in its administrative review of the Officers’ actions.

APD respects the role the Grand Jury holds in the criminal justice process and will continue to cooperate with the District Attorney’s Office on this case. As with anyone charged with an offense, these officers are presumed innocent unless found guilty through the criminal process. In respect of their right to a fair trial, we will not be commenting further. Officer Krycia has been placed on paid administrative duty at this time and will remain in this status through the conclusion of the criminal proceedings. Officer Taylor remains on leave without pay in connection with a critical incident that occurred on April 24, 2020."

For both officers, bail was set at $100,000 and the Court has set conditions such as a surrender of all firearms, including any firearm issued by APD, and a prohibition from working with law enforcement or security companies in a capacity that would require him to possess a gun. The cases will be prosecuted by the Office’s Civil Rights Unit and are pending in the 167th Judicial District Court.

The DA's office said DeSilva had a PhD and had no prior criminal record.

“Our system depends on trust in the process,” said Dexter Gilford, director of the Civil Rights Unit. “We trust the grand jurors took seriously their commitment to consider the cases before them, and, in this instance, to return indictments. We know these decisions are not easy, and we appreciate the time and concern they put into this case.”

The DA's office also released the following statement on Aug. 27:

"The allegations that DA Garza, or anyone acting in his capacity, would not let Dr. Williams testify are false. The State presented a thorough and balanced grand jury presentation consistent with its obligations under article 2.01 of the Code of Criminal Procedure. Due to grand jury secrecy laws, we are prevented from disclosing information about the grand jury’s proceedings."