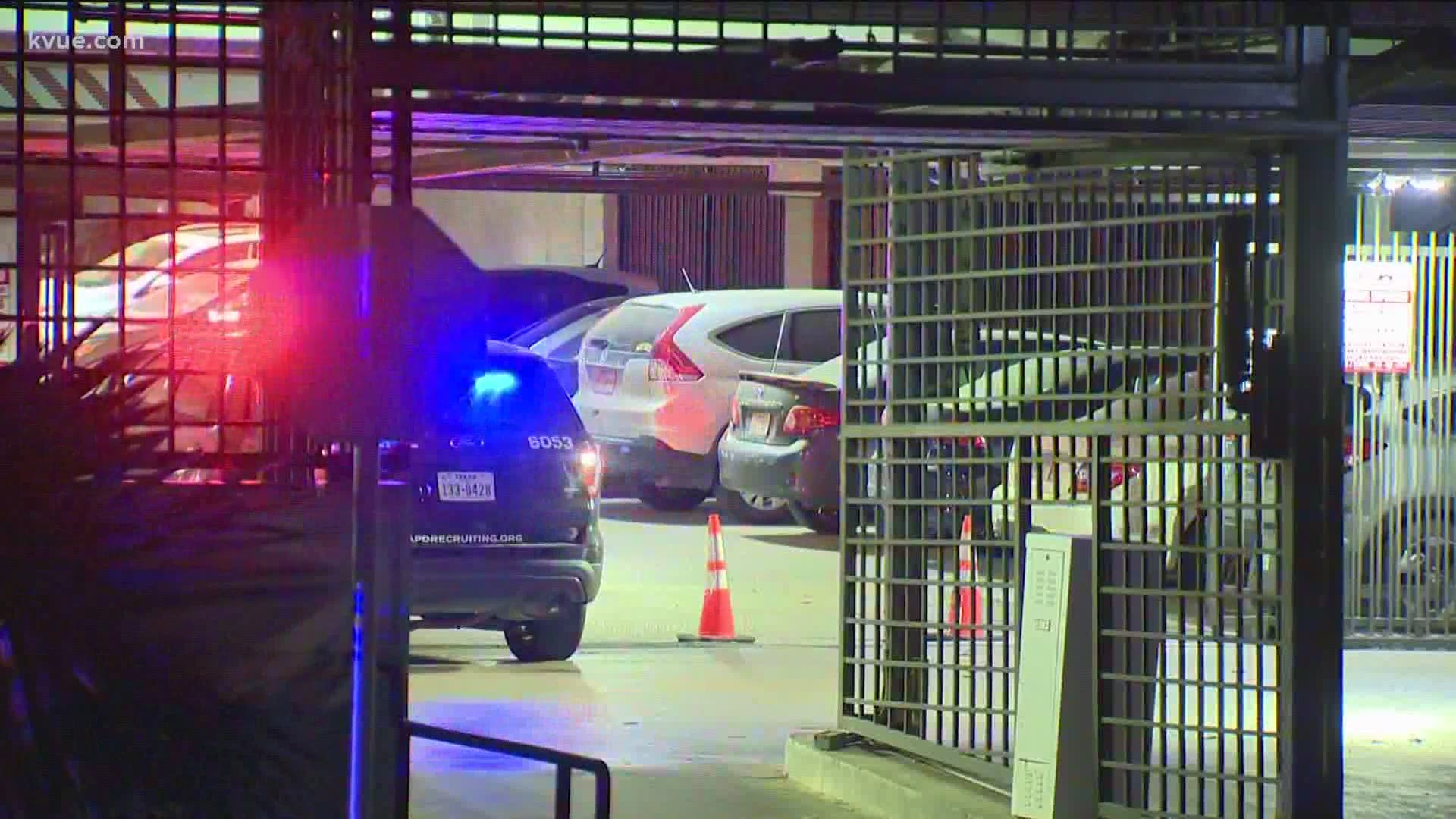 AUSTIN, Texas — One person is dead and another is injured after a shooting Friday night in the Mueller neighborhood.

The incident occurred just after 10:40 p.m. on Friday at the Mosaic at Mueller apartments off of Mueller Boulevard in East Austin. According to the Austin Police Department, the shooting took place in the apartments' garage.

Police believe several people agreed to meet at that location and when they got there, shots were fired. Anthony Hebert, 19, died on the scene and another man was taken to a hospital with minor injuries.

An investigation is underway to figure out what exactly happened, but officers said there is no threat to the public.

Detectives have identified most of the people involved and are in the process of locating and interviewing them, police said.

APD officers are also investigating a separate homicide in South Austin that happened just after 4:30 a.m. on Saturday on Alexandria Drive near the MoPac Expressway and William Cannon Drive. Officers aren't saying much about what happened but according to APD, it's an ongoing and lengthy investigation.

Police said officers arrived on the scene and located White man David Dunn, 59, with extensive trauma and a gunshot wound. He was pronounced dead on the scene around 5 a.m.

The incident appears to be isolated to those involved, APD said. Detectives have recovered video from the scene that includes extensive footage of the event.

Anyone with any information is asked to contact the police homicide unit at 512-974-8477 or call Crime Stoppers anonymously at 512-472-8477 or email homicide.apd@austintexas.gov.