Hospital staff told police the child's injuries were inconsistent with the woman's reports. Her death was ruled blunt force trauma to the head. 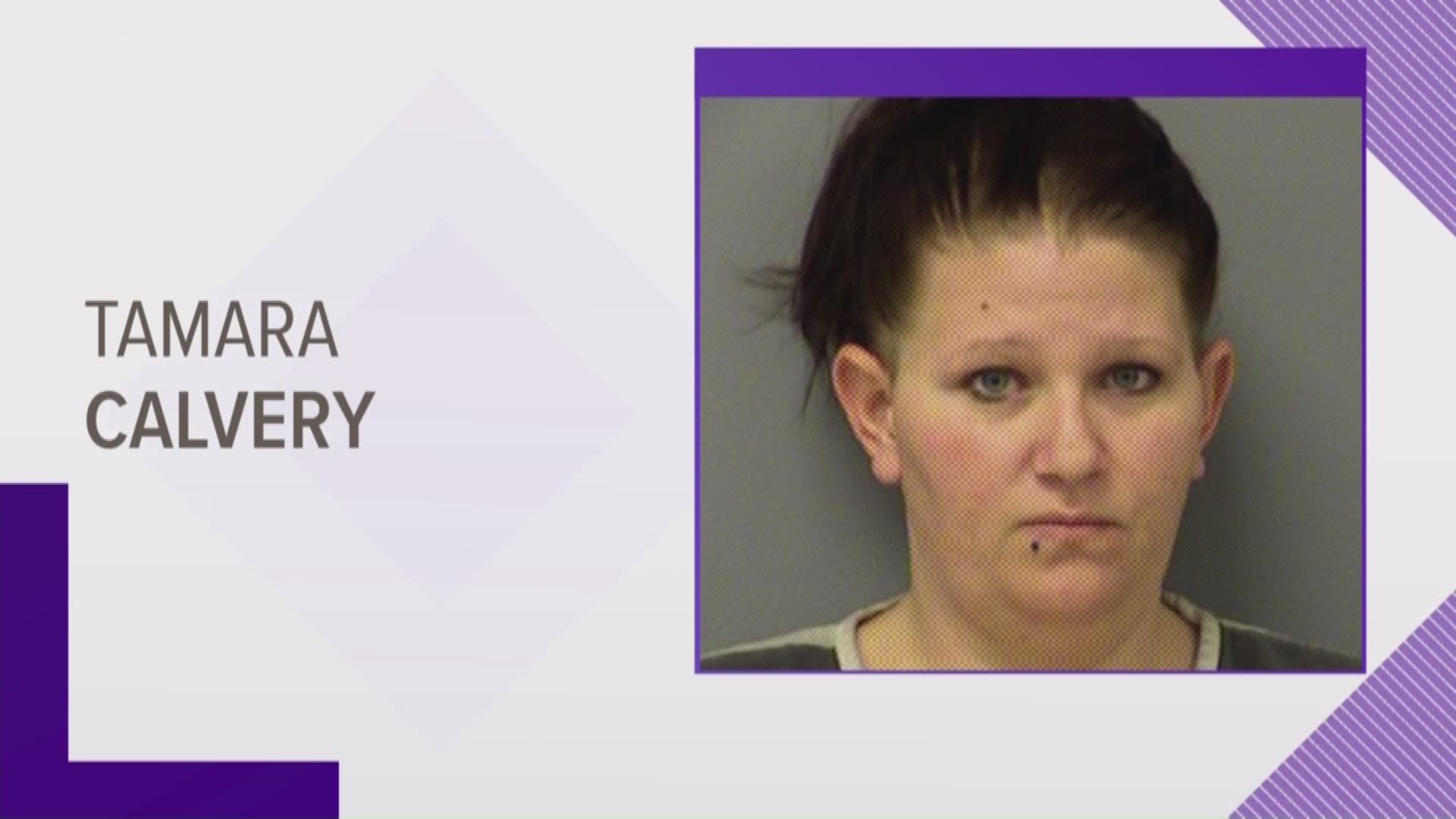 AUSTIN, Texas — An Austin mother is currently under investigation by the Austin Police Department's Homicide Unit after her 22-month old died from injuries allegedly sustained under her care.

Police responded to a check welfare call on Rutland Drive on Jan. 17 around 2:48 p.m., according to court documents. The caller, Tamara Lynn Calvery, said she needed an ambulance for her baby because the child was not breathing after she had fallen and there was a "big knot" on her head.

Reportedly, she said the baby had "busted" her head on the dresser and fell about two-and-a-half feet. When asked how the baby fell, documents state that Calvery, 29, told officials the baby threw herself down when she refused to walk.

Police said the woman performed CPR until officers arrived on the scene. The child was then taken to the hospital by Austin-Travis County EMS.

According to police, Calvery appeared to be calm when they arrived and she informed them that she had called her boyfriend first, who was the one who told her to call 911.

In the Dell Children's Hospital emergency room, when the medical staff was informed that the child had a reported history of injury, they became concerned that the child's current injuries were not consistent with the mother's reports.

The child was rushed into the operating room due to the severity of her injuries, which required surgical decompression. The documents state that the medical staff also noted that the child had numerous bruises in "concerning" patterns and locations that were inconsistent with Calvery's reports.

The documents state Calvery said she takes care of the child at home while her boyfriend works and that she was the only one home at the time of the child's fall. She reported that she was holding the child by her hands while they were walking laps inside their apartment. However, she said the child lost her grip and banged her head into a nightstand before falling to the ground. According to the documents, she said the child hit the right side of her head on the nightstand, which was inconsistent with the injury pattern.

Police said the child succumbed to her injuries on Jan. 19 in the hospital. An autopsy was conducted on Jan. 22, in which contusions and a skull fracture were located on the child's head. The medical examiner stated that they did not believe the injuries to the child's head were consistent with the fall described by Calvery and ruled her death as "blunt force trauma" to the head.

Police tried to meet with Calvery on Jan. 23, but they said she was noncooperative, stating that her attorney asked her not to speak with anyone. A day later, police spoke with her boyfriend in the homicide offices. Police said he was on his way home when she called him, and he reported that he told her to call 911. When he arrived home, he said police were already there. He told police that the child did not have injuries the night before or when he left for work that morning. Police said he also denied causing the child's injuries himself or using physical discipline on her.

Calvery was charged with injury to a child with intent to cause serious bodily injury or serious mental deficiency. Her bond is set at $50,000.