The jury concluded Reedy inflicted a fatal wound that left Glen Burford unresponsive at a bus stop near the home they shared in March 2017. 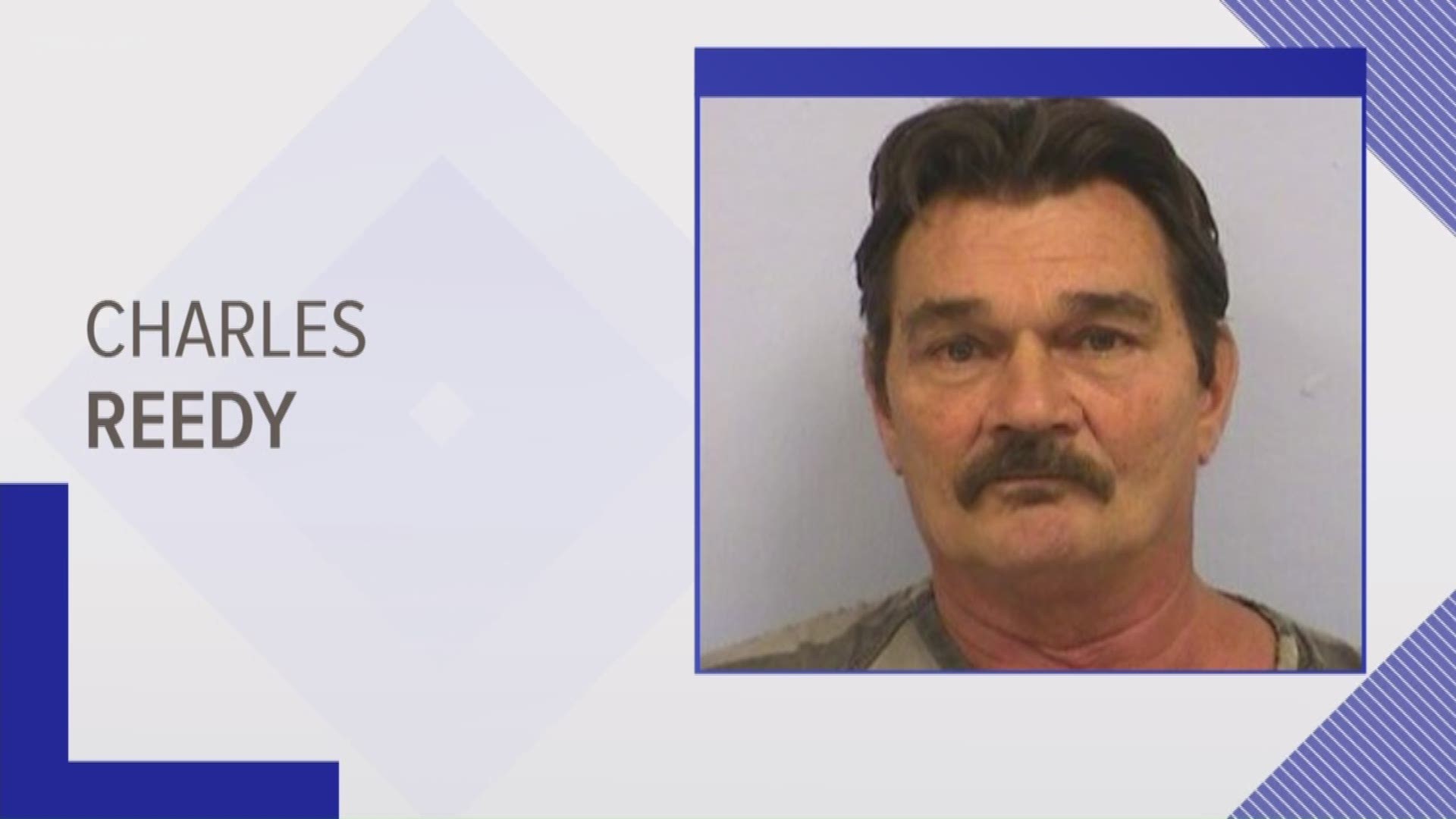 AUSTIN, Texas — An Austin man has been convicted of murder after a Travis County jury found him guilty of fatally stabbing his roommate in 2017, according to Travis County officials.

Charles Reedy, 65, has been sentenced to 25 years in prison.

Our partners at the Austin American-Statesman reported that the jury deliberated for three hours in Reedy's trial Friday before concluding that he inflicted a fatal wound that left 51-year-old Glen Burford unresponsive at a bus stop near the home they shared in March 2017. KVUE previously reported that medics arrived on scene and performed life-saving measures on Burford, but he was ultimately taken to University Medical Center Brackenridge where he later died.

The Statesman wrote that earlier in the trial, Reedy took the stand and admitted he was intoxicated on a mix of alcohol and anti-psychotic medication when he went into Burford's room in 2017. He remembers holding a knife but not stabbing Burford.

This was the second time Reedy went to trial for Burford's murder, according to the Statesman. In March, his first trial ended after one day when prosecutors discovered photos police took as evidence had not been turned over to Reedy's lawyers.

This is also not the first time Reedy has faced a murder charge. In 2001, Reedy was arrested on a murder charge for the death of John Teller after he allegedly smashed Teller in the head with a hatchet near St. Edward's University, according to the Statesman. He was sentenced to 30 years in prison but was released in 2006 on appeal.