Patrick Pleasant, who was found in Austin, is accused of threatening the school after his stepson reportedly bit him. 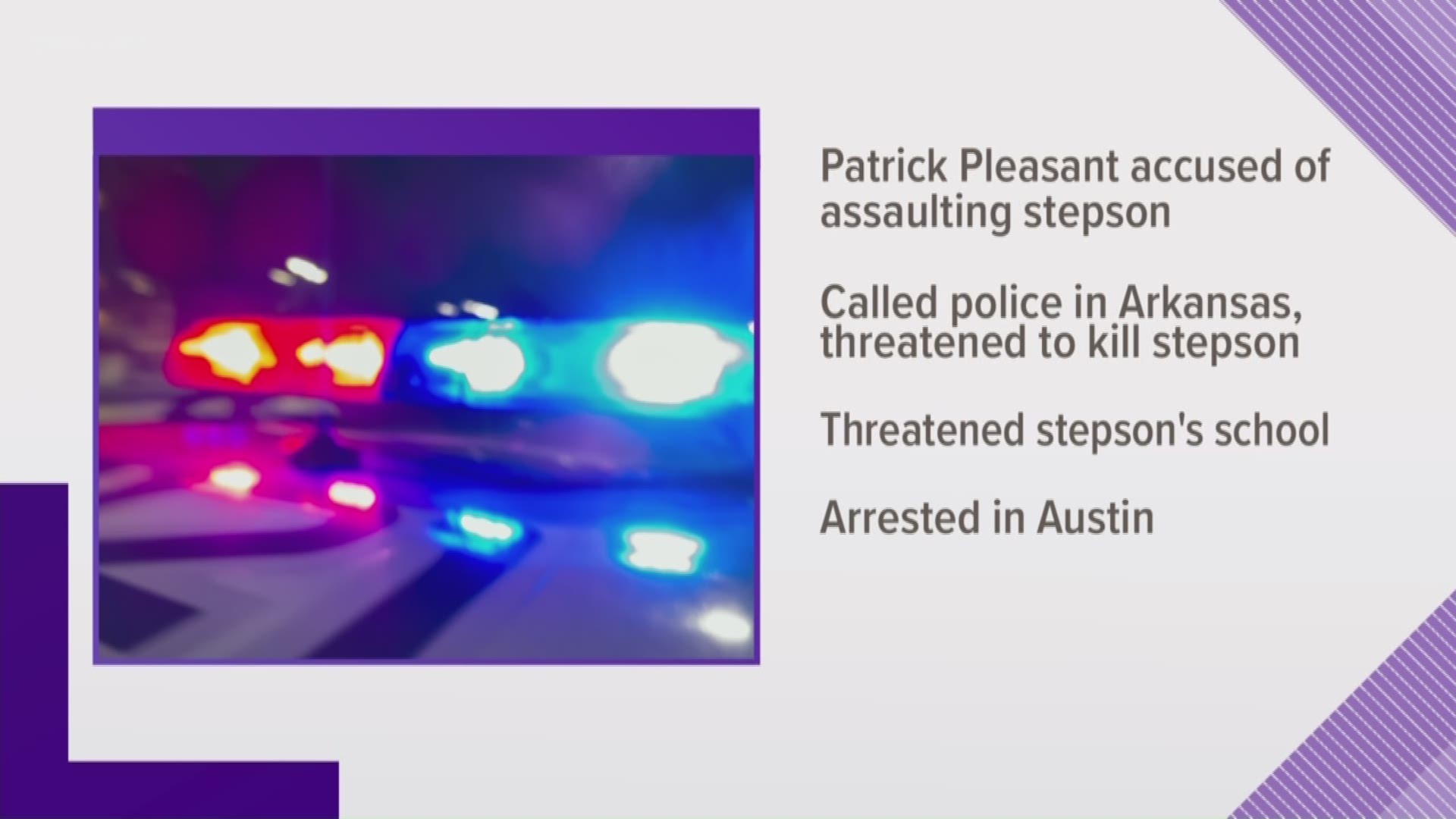 An Austin man has been arrested for retaliation after he allegedly made threats against his stepson and caused an Arkansas high school to placed on lockdown when he threatened to "kill all the students."

Prior to these events, the Jacksonville Police Department informed the Austin Police Department that Patrick Pleasant had recently been involved in a "domestic battery" case in which he was charged with assault with injury. During the event, he reported that his 16-year-old stepson bit him.

The affidavit states that on Aug. 21, Pleasant had called the JPD and "demanded" that his stepson be arrested. During the phone call, Pleasant said he was "going to kill" his son for biting him and that he was going to go to the stepson's school in Arkansas and kill him. The school was then placed on lockdown due to this threat.

On Sept. 5, the affidavit states that Pleasant contacted his former pastor via Facebook Messenger, leaving voice messages that he wanted to "shoot up" the school and kill his stepson. The pastor did not immediately report the incident but did notify the school of the threats, documents state.

On Sept. 12, Pleasant reportedly again called the school and spoke to the office staff trying to gain information on his stepson's whereabouts, along with two other students.

The affidavit states that Pleasant was upset after not being able to obtain this information and later sent an email to the principal that said "I'm going to kill all of the kids," causing the school to go on lockdown again.

Jacksonville police used GPS to find Pleasant's location, which showed him to be in Austin.

The APD found Pleasant and said he admitted to the phone calls and email. Pleasant also said that he wanted to incite fear into his stepson, police said.

Records show that Pleasant is currently in custody and has a $20,000 bond.