Police arrested the man on Nov. 1 on an unrelated charge. 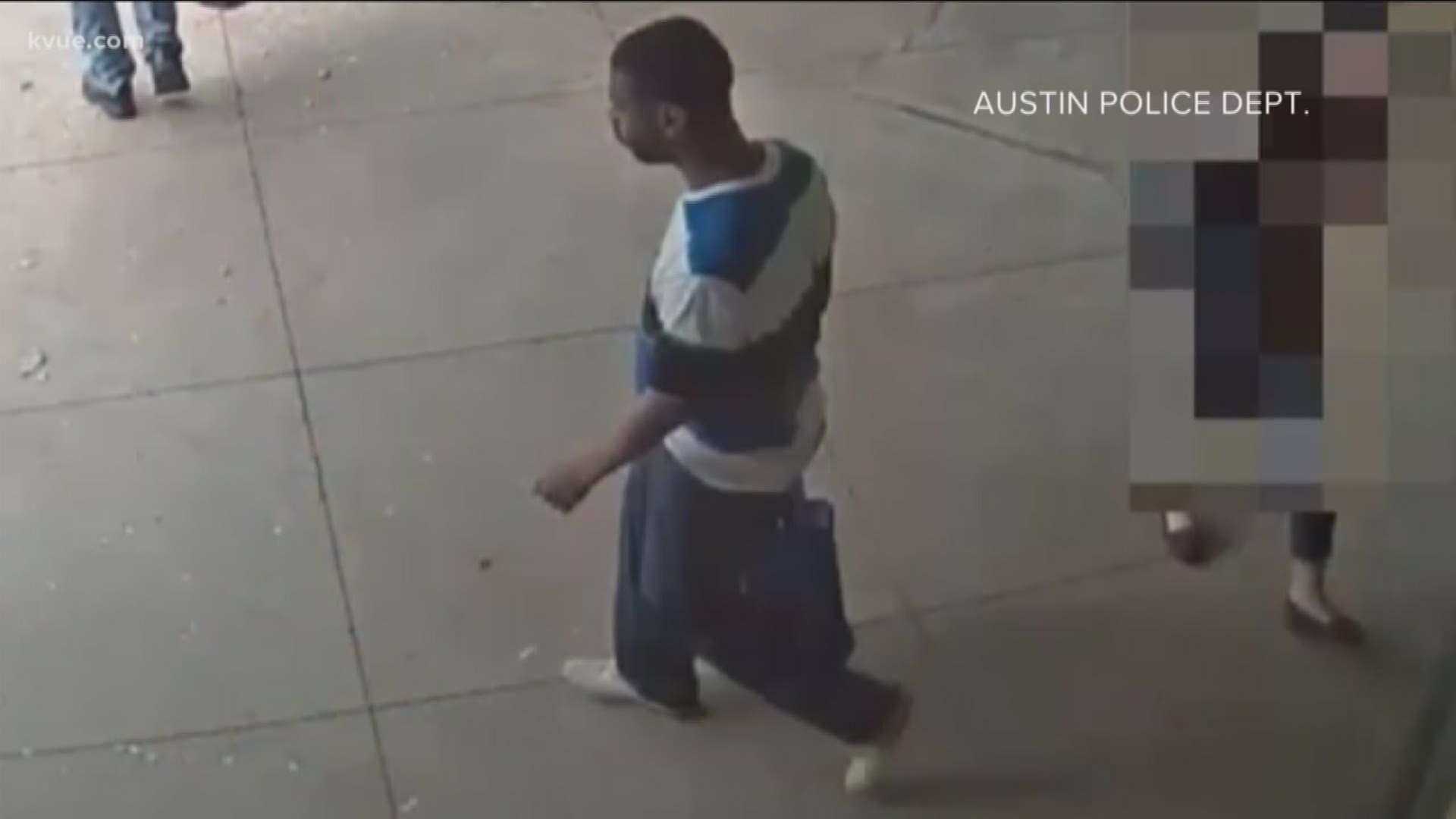 AUSTIN, Texas — A man accused of threatening to kill an Austin woman and her child if she didn't hand him money is off the streets – and it turns out, he's no stranger to the police.

Montesillo Derrick Sorrells has had 25 prior convictions since 2008, according to Texas Department of Public Safety records. He's also a registered sex offender.

On Oct. 7, surveillance video showed Sorrells walking in and out of the H-E-B near Brodie Lane and William Cannon Drive in South Austin minutes before he walked up to a mother and her infant as they went back to their car.

"He came up to me and he said, 'Give me all your money. If you squeal or scream, I'm going to kill you,'" the mother, who wishes to remain anonymous, told KVUE Wednesday. "I looked at him straight in the eye, and I turned my shoulder like I was going to give him my purse. When I reached for my purse, I pushed the cart and I just started running."

The woman said she called 9-1-1 as she was running into the store, but Sorrells was gone from the scene by the time police arrived minutes later.

"Honestly, the thought that went through my mind was, like, 'Not today,'" she said. "'You can hurt me but not my child.'"

Police arrested Sorrells on an unrelated charge on Nov. 1.

Since the encounter, the woman told KVUE she has taken jiu-jitsu classes and now carries mace to protect herself and her family.

"I'm a young mother. This is my first child," she said. "I gotta get out there and do stuff, so I thought, 'Well, if somebody comes or somebody wants to attack me or hurt my child, I'm not going to go down without a fight.'"

Online records showed Wednesday night that Sorrells was still in the Travis County Jail on a $37,500 bond.