The incident at Eighth Street and Interstate 35 was just the latest in a series of violent crimes throughout January. 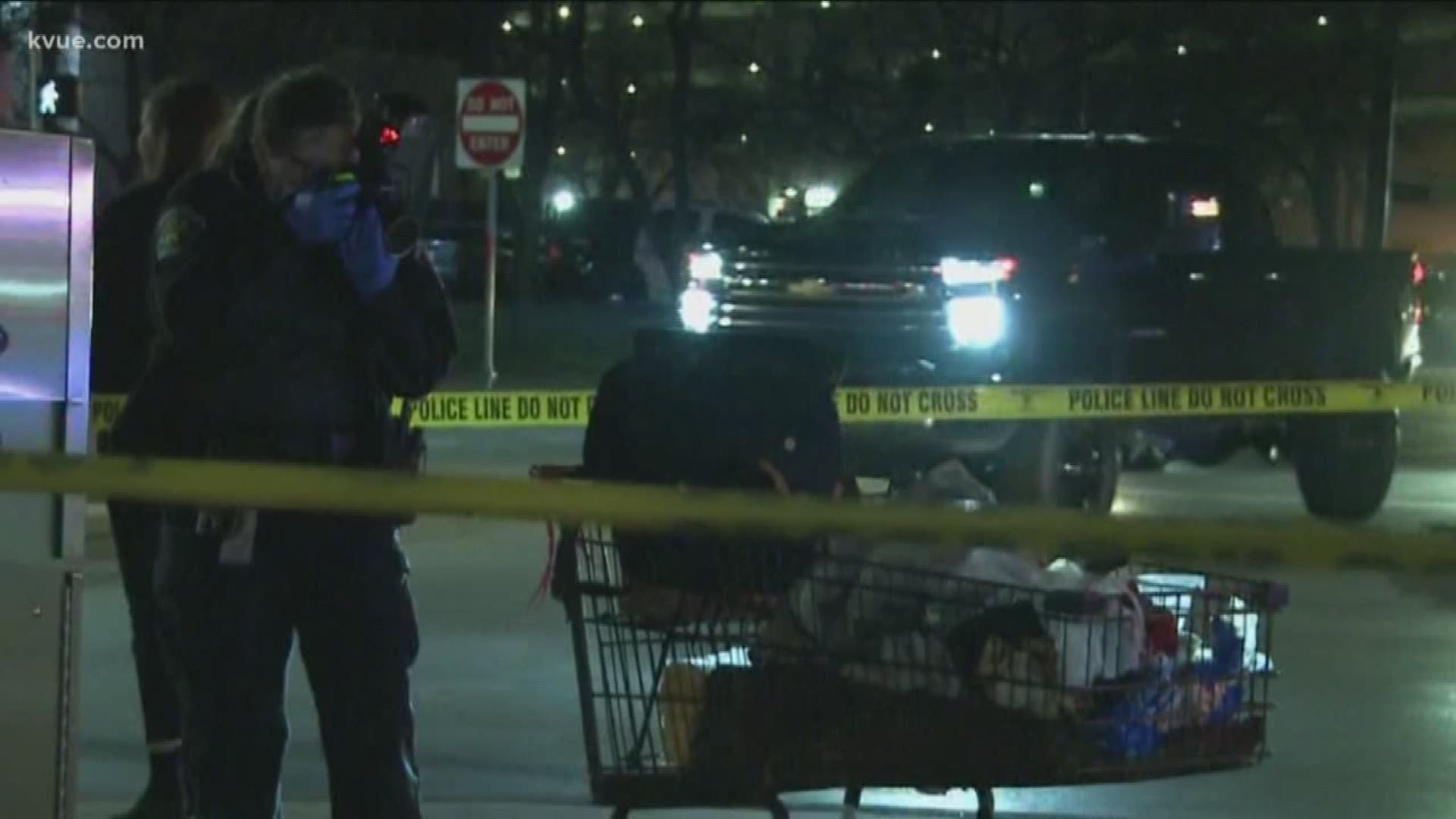 At around 8:16 p.m. Friday, Austin police responded to a stabbing at Eighth Street and Interstate 35. One man with non-life-threatening injuries was taken to a local hospital and the suspect was identified and detained.

But this incident was just the latest in a series of violent crimes throughout the month.

Earlier this month, an APD study showed that gun violence is on the rise in Austin. Just a few days later, Austin Police Chief Brian Manley stated while Austin is still the fifth safest major city when it comes to violent crime, "We are seeing changes, we are seeing increases in violent crime." A week later, Manley said there isn't an easy explanation for the spike in crime for January but police are paying attention to it.

On Saturday, an APD spokesperson told KVUE violent crime was up 10% in the past eight months.

Police to take 'strong stance' against increasing assaults in Austin

Here's a breakdown of the violent crimes KVUE reported on in January:

On Jan. 3, police were searching for two suspects after a woman was reportedly stabbed and robbed on Springdale Road in East Austin.

Also on Jan. 3, one person was killed and two others were injured after a reported assault and stabbing at a Freebirds World Burrito restaurant on South Congress Avenue.

On Jan. 8, police were searching for a suspect after a stabbing near Fourth and Trinity streets left a man seriously injured.

Also on Jan. 14, a man was arrested after he allegedly kidnapped a woman at gunpoint in Austin on Jan. 7.

On Jan. 17, a man died after a stabbing near Givens Park in East Austin.

On Jan. 19, a passenger allegedly fired shots during a road rage incident on the northbound I-35 frontage road. No one was seriously hurt in that incident.

On Jan. 24, KVUE reported that a woman was arrested after she allegedly stabbed multiple people within a 30-minute timeframe the night before in Downtown Austin. Those stabbings occurred in the 600 block of Neches Street, 500 block of East Sixth Street and at the intersection of East Sixth and Red River streets.

On Jan. 26, a man was taken to a local hospital in serious condition after a stabbing at Elks Lodge near Highway 290 in East Austin.

And on Jan. 30, a man was reportedly stabbed at Republic Square Park in Downtown Austin. That same day, an alleged attempted aggravated sexual assault of a child and kidnapping incident occurred. Police are still looking for that suspect.

These incidents have led to an ongoing discussion between Gov. Greg Abbott and Austin city leaders, particularly Mayor Steve Adler. Abbott has said that "Austin's reckless homeless policy puts lives in danger" and that City leaders have "allowed lawlessness throughout the capital city." Adler has said that while the spike in violence in the city is concerning, it's "just wrong" to suggest that people experiencing homelessness are criminals.

Gov. Abbott tweeted that "fixing homelessness in ATX is easy" and laid our four steps he believes Austin currently does not have the leadership to achieve:

2. Opening shelters that can accommodate more than 200 people

"Last year around spring festival time, there was a spike in downtown violence that was successfully addressed with a deliberate increase in police presence. No one linked that spike to homelessness and it occurred prior to the homelessness ordinance changes.

This new spike in violence is a serious concern. I support Chief Manley's plan to increase our police presence again downtown – it worked last year and I believe it will work again.

Because there's no demonstrated link, there's no justification for changing back our homelessness ordinances. Community safety is our highest priority and we'll stay with what has proven to work and that relates to the facts."