A fourth suspect believed to have been driving a vehicle connected to the murder is still at large, police said on Tuesday. 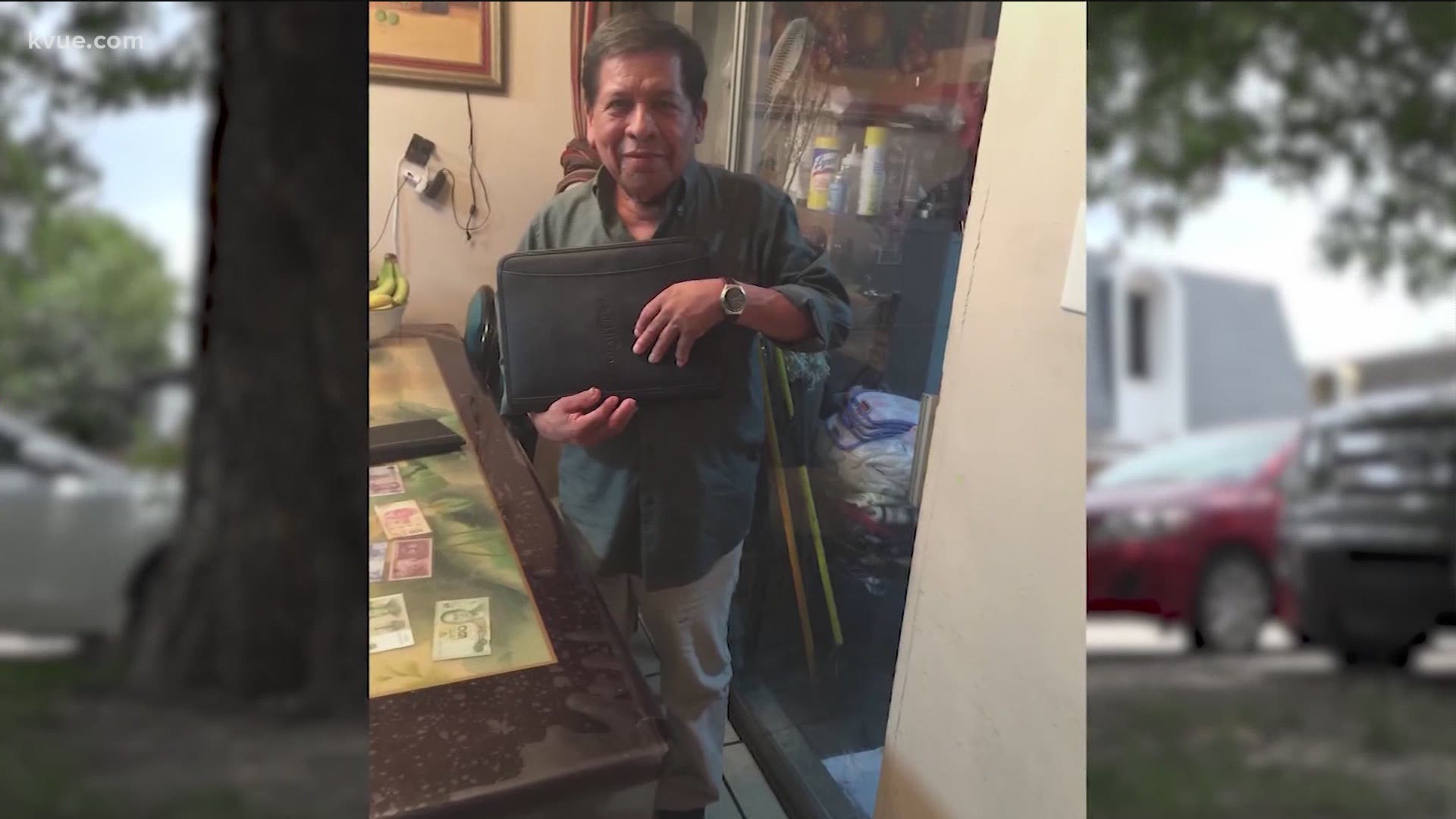 AUSTIN, Texas — Austin police say three men have been arrested and charged with capital murder in the death of an ice cream vendor. A fourth suspect believed to have been driving a vehicle connected with the murder remains at large, police said on Aug. 4.

On the afternoon of June 23, 68-year-old Adelaido Bernabe Urias was robbed and shot at the Serena Park Apartments on Northgate Boulevard in North Austin. Witnesses told police that Urias was pushing his ice cream cart through the complex when three men confronted, robbed and shot him multiple times before fleeing the scene. He was found on scene barely breathing with a gunshot wound to the abdomen.

Urias died from his injuries more than a week later on July 2. Police said it was unclear what, if anything, was stolen from Urias. His wallet was still with him after the incident.

The suspects were identified as:

Capital murder warrants were issued for their arrest on Aug. 3. Jones and Wardy were arrested on Monday while Davis was arrested days earlier on an unrelated aggravated assault with a deadly weapon charge. All three remain at the Travis County Correctional Complex with a $1 million bond set for each.

Police are still seeking information to identify and locate a fourth suspect believed to have been driving a vehicle connected with the murder.

On Aug. 4, police said there was evidence the suspects were linked to other robberies in the area, but they had not been identified with any other specific crimes at this time.

KVUE spoke with Urias' niece, Maribel, on Tuesday. She said she is thankful for whoever provided the police with information leading to the arrests in her uncle's murder.

"I would like to thank those who talked, had the courage to talk and come forward. To the person who helped the detectives and gave leads onto who they were. Thank you. God bless you. In the name of my mother, his mom, his mother, his wife, his daughter, thank you so much for helping us have justice," Maribel said. "This has been very difficult for our entire family. But with both the community and police support, we have all felt comfort and reassurance."

She also commented on the conversation opening up about safety for street vendors.

"I believe they shouldn't suffer any of these attacks. It's just wrong that people go and attack these poor individuals," Maribel said.

Witnesses in the neighborhood where the murder happened were apprehensive about coming forward with information because of immigration concerns and fear of retaliation, police said.

However, according to court documents, Urias told police three Black men shot him before he lost consciousness. He was never able to provide further information.

LIVE: Police have identified the suspects arrested in the murder of an Austin ice cream vendor. APD is providing more updates. MORE: https://www.kvue.com/article/news/crime/austin-ice-cream-vendor-murder-arrests/269-86244264-2e18-4a29-a646-f36839dd5bd1

Police said they received a Crime Stoppers tip on July 2 stating, "This is about the ice cream guy who was killed. I would look at Marquis Davis. I saw him in the area at the time of the killing."

Police were able to find a Facebook page for the suspect, which showed a photo of him having an ankle monitor. Officials also confirmed that Davis was on a monitor at the time and a subpoena was secured for his location on June 23.

A prior police report showed Davis was arrested on March 7 for a burglary warrant, which showed that Jones and another man were in Davis's car with him. A photo on Jones's page posted on June 23 showed him carrying a pistol in his pocket, which was posted about 2.5 hours before the murder.

Another tip came in on July 3 stating the caller saw three young men at The Park at Quail Creek hopping fences suspiciously and that one of them had an ankle monitor. A separate caller had also called 911 around the same time about the same thing.

Jones was arrested on July 1 by Department of Public Safety officials for multiple charges, including evading. Wardy was in the car with him at the time, police said.

After meeting with Davis, police said he admitted Jones is his cousin but he wasn't familiar with Wardy. But once the topic of the shooting was brought up, police said Davis refused to say any more without lawyers present.

On July 10, police said Davis made a phone call to another man stating, "I think somebody talking, bro, because they know too much."

On July 8, police said they received another Crime Stoppers tip in which the caller stated they heard two males at a game room off of Rutland Drive saying they were coming from the Villas at Walnut Creek Apartments when they saw a man walking to his cart, so they followed him, saying they acted like they were going to buy ice cream from him. When he asked for money, the caller said they heard them saying they pulled out a gun, asked him for money and then shot him.

Police said further investigation revealed that Jones and Wardy had communicated through Facebook Messenger, in which Jones sent a picture of himself carrying a pistol and wearing the same clothes described by witnesses. According to police, they indicated they intended to rob someone.

“This was a collaborative effort that demonstrates the dedication of local, state and federal officials working together to bring these fugitives to justice,” said Susan Pamerleau, U.S. Marshal for the Western District of Texas.

On July 8, Austin police announced a $24,000 reward for information leading to an arrest in connection to Urias's death. LULAC pledged $10,000 to the reward, the Austin Greater Crime Commission pledged another $10,000, the Austin Police Association pledged $500, Amigos En Azul pledged $500 and Austin Cops for Charities pledged $2,000. Crime Stoppers offered a separate reward of $1,000.

KVUE spoke to Urias's niece shortly after his death. She said he was known around the neighborhood for selling ice cream and described him as "a happy man who always pushed hard to work and to accomplish something that he always wanted to do, which was [to] support his family in Mexico."

Up to 10,000 Austin ISD students could be without crucial tech at the start of the school year