The plan is a four-prong approach to address crimes like robberies, shootings and gang violence. 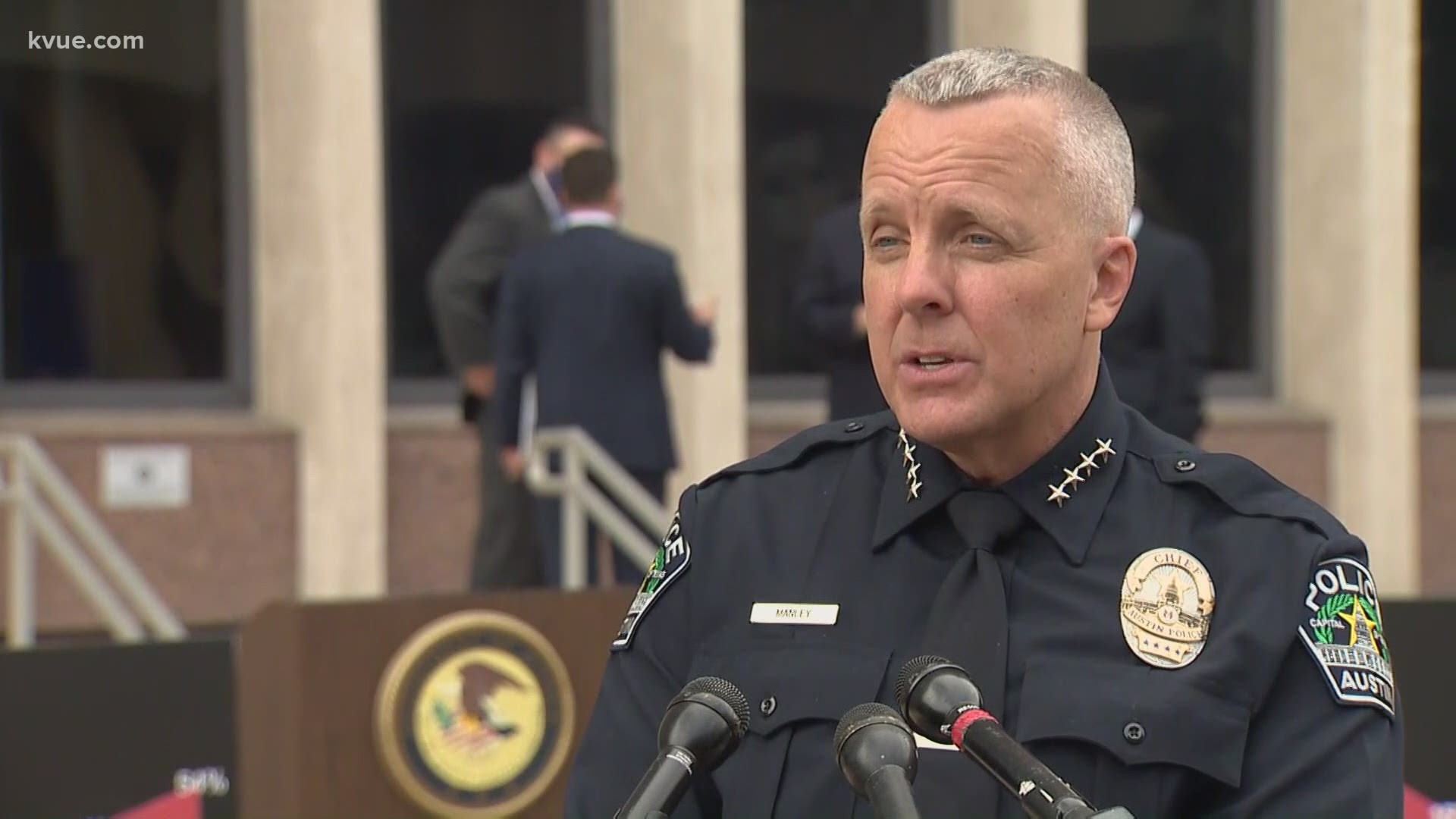 AUSTIN, Texas — Federal officials were in Austin on Friday morning to announce new plans to tackle the rise in violent crime.

“When you defund the police, relax enforcement of existing criminal law and release repeat offenders and violent criminals into our streets, increased violence is exactly what you can expect,” said Sofer. “Despite the challenges of the coronavirus and the unfair vilification of the entire law enforcement community, we remain undaunted in our commitment to protect the residents of Central and West Texas.”

The plan has been dubbed “Operation Undaunted.” It is a four-prong approach drawing on the partnerships among federal, state and local law enforcement, along with prosecution authorities, to fight violence. The four components are as follows:

City of Austin leaders hope this partnership benefits everyone involved. But Austin Mayor Steve Adler questions whether or not this operation will act as it's meant to.

"If there was going to be an effort to help cities that actually had a significant homicide issue, Austin wouldn't be the choice because we're one of the safest cities in the country," Adler said.

“We simply cannot, and will not, stand idly by and watch as violent criminals take over the streets of our communities and harm innocent victims,” said Sofer.

The press conference comes after Austin Police Chief Brian Manley's monthly crime report showed murders were up 55% in November compared to November 2019. Aggravated assaults were up 20%. Other increases in this category included kidnapping at 4%, intimidation at 3% and statutory rape at 10%.

With 47 homicides reported in Austin so far in 2020, that's the highest number seen since the city reported 46 in 1995. However, it's important to note the city's population has nearly doubled since then.

Sofer emphasized this Operation Undaunted comes as a direct response to the rise in homicides and the slogan "Defund the Police." District 1 City Council Member Natasha Harper-Madison said it's important to be clear in messaging.

"I challenged people to point out where any of us said defund because we didn't," Harper-Madison said. "We said reallocate. We said reimagine. We ask too much from our uniformed officers. They are doing jobs that they are neither trained to do or paid to do."

The vote to reallocate APD funding to other parts of the city was a notable vote by City Council in 2020. District 6 Councilmember-Elect Mackenzie Kelly said people of Austin responded to that decision by voting her conservative voice onto council, replacing Jimmy Flanagan.

"I'm thankful for the help [from Operation Undaunted], but I think it's really unfortunate that the state and federal government have to come in to undo the damage that the City Council did," Kelly said.

Meanwhile, crimes against property showed a 0% change overall. In this category, however, the city did see some increases as well.

"When we are up significantly in homicide, robbery, aggravated assault, but yet we show to be flat or down 1% in violent crime, it's because the categories have all changed," Manley said.

WATCH: Violent crimes and thefts in Austin are up amid COVID–19 pandemic

Heidi Broussard case: One year since Austin mother’s body was found in Houston