The man is accused of trapping the boy in the restroom before assaulting him. 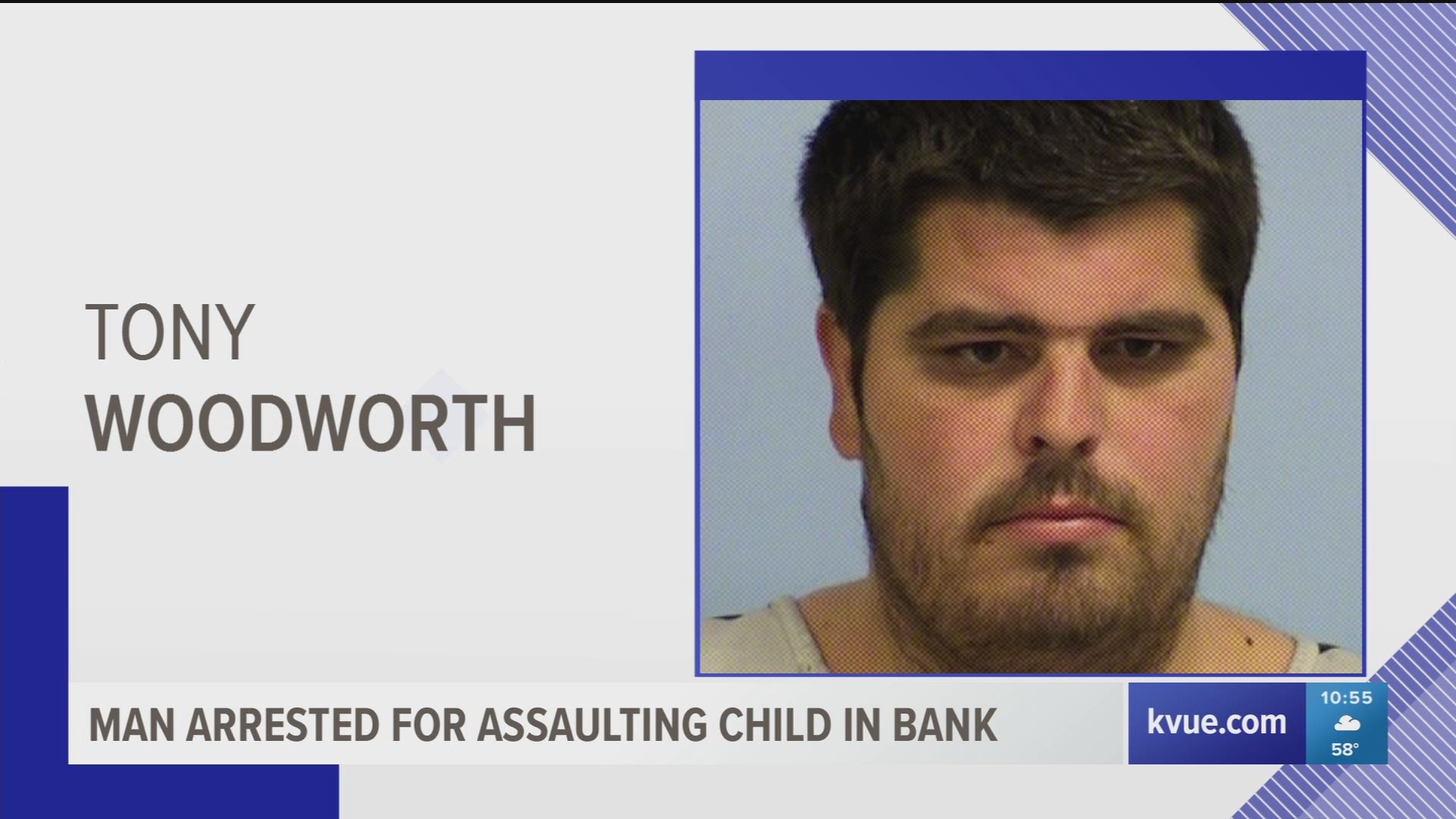 According to an arrest warrant obtained by KVUE, the Austin Police Department stated the incident happened at the Chase Bank located at 5407 N. Interstate 35 on Aug. 13.

While the boy's mother was at the bank that day, police said the boy went to use the restroom. The boy told his mother and officers that while he was washing his hands, a man entered the restroom, closed the door and blocked it so the boy couldn't leave. Police identified the man in the warrant as Tony Woodworth, 29.

The boy told officers that he tried to get out of the restroom by moving underneath Woodworth's legs, but Woodworth grabbed the boy's legs and pulled his pants and underwear down, according to the warrant. The warrant stated that Woodworth then performed oral sex on the boy and tried to force the boy to perform oral sex on him.

Later, the boy returned to his mother and told her that a man had touched him in the bathroom. His mother then reported the incident to the police.

Police received a surveillance video from the bank, which showed a man who matched the boy's description at the bank around the time he said the incident happened. A bank employee was able to identify the man as Woodworth, the warrant stated.

The boy identified Woodworth as the man who sexually assaulted him in a photo lineup on Nov. 5.

On Nov. 25, investigators were able to track down Woodworth and spoke to him at his residence. There, Woodworth allegedly admitted to performing oral sex on the boy and blamed his actions on "uncontrollable sexual urges."

Woodworth's bond was set at $75,000. If released, Woodworth will not be allowed to have contact with anyone under 17 years old.