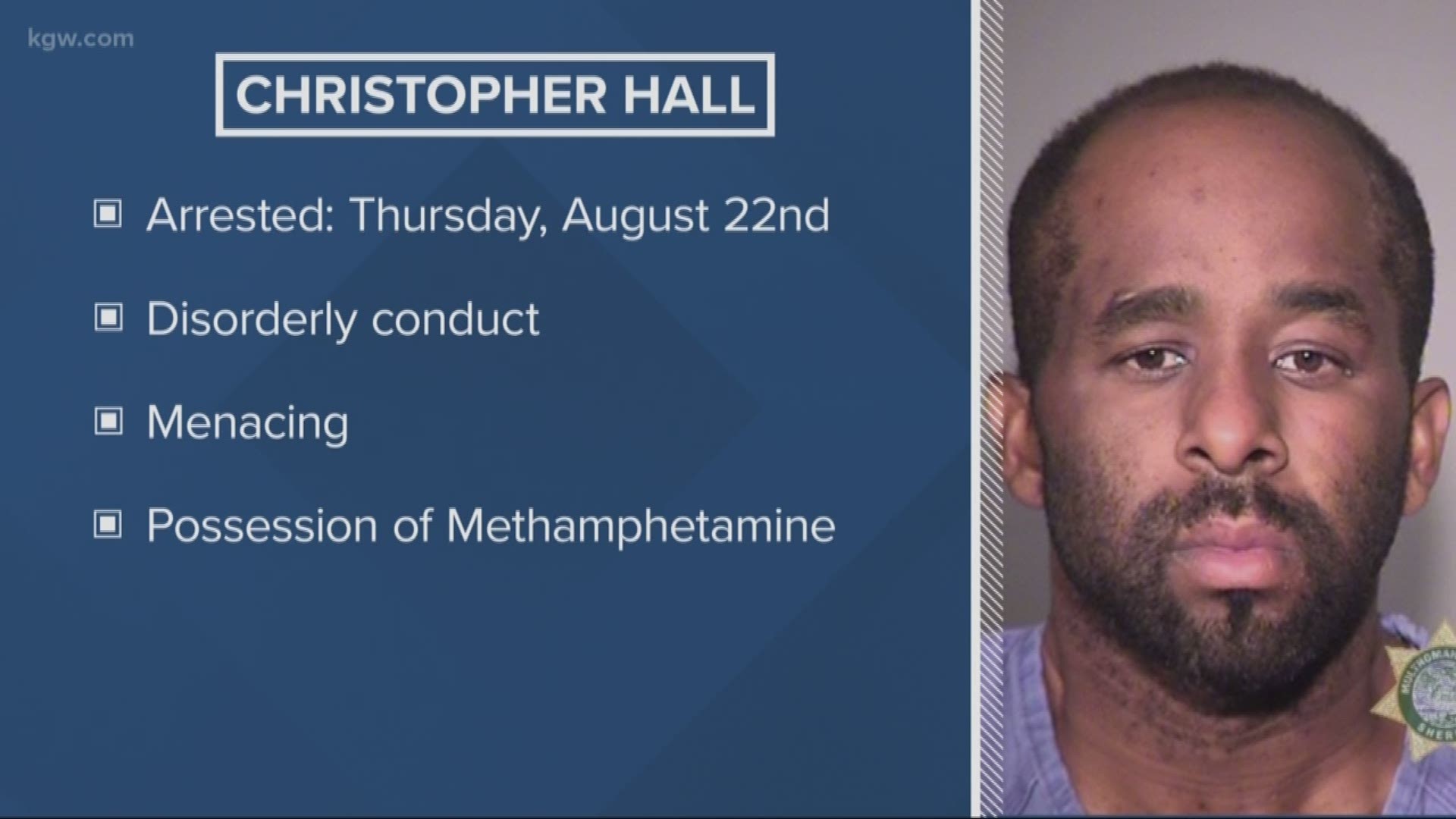 PORTLAND, Ore. — A good Samaritan was caught on camera tackling an armed man, who police said had tried to break into a Northwest Portland church before grabbing a woman and briefly holding her hostage outside a McDonald's on Sunday afternoon.

Officers responded to the church, and were told that a man had a heavy chain and was swinging it at people.

The man who initially called 911 told KGW's Lindsay Nadrich that Hall forced his way through a back gate of the church and entered the building, where about a dozen children were having choir auditions. Hall wasn't making sense and seemed volatile, the witness said.

When officers arrived, Hall ran away from the church, but police caught up with him outside the McDonald's located on West Burnside Street and Northwest 18th Avenue.

Hall pulled out a knife and grabbed a woman who was walking by and threatened her with the weapon, police said.

Police said they were able to convince the suspect to drop the knife. After Hall dropped the knife, he tried to run, but a passerby grabbed Hall. After a struggle, an officer used a taser on the suspect and then arrested him.

"While we do not recommend community members become involved in making arrests for safety reasons, we appreciate the assistance and are grateful that no one was seriously injured or killed during this incident," the Portland Police Bureau said in a statement.

Moses Gonzalez was visiting Portland from Seattle and captured video of the incident as it was happening.

In the video, Hall can be seen holding the woman while police point their guns at him. It's unclear what prompts Hall to let the woman go, but after he releases the woman, a bystander tackles Hall, and then officers join in to detain him.

Hall appeared in court Monday afternoon. An attorney entered a not-guilty plea for Hall, but according to court documents, he confessed to the crime.

RELATED: Taco Bell worker had his bike stolen from work. Then a good Samaritan stepped up