Two Austin police officers involved in the case were cleared of excessive use of force by a jury in December 2018. However, both were fired from the department. 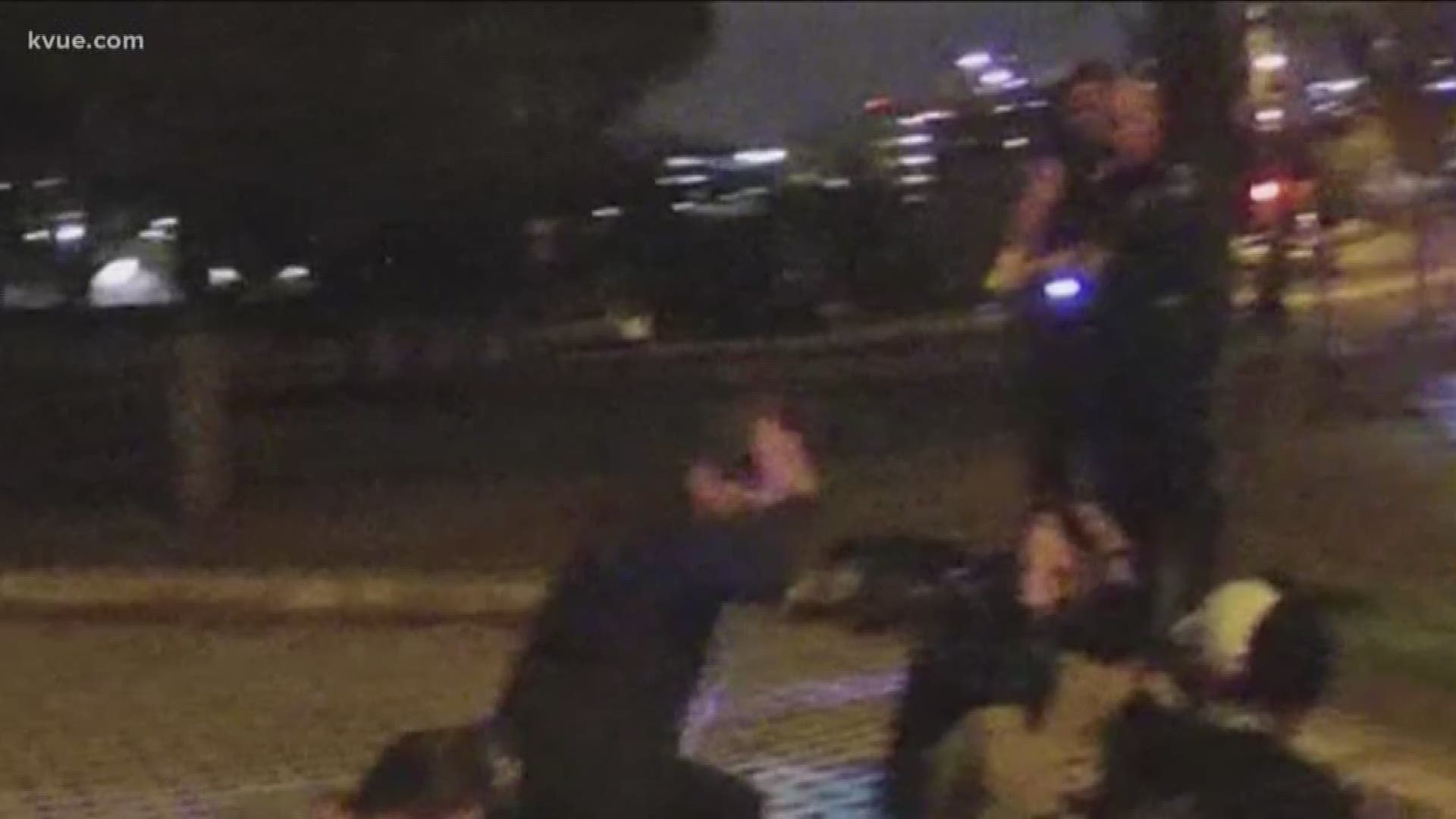 AUSTIN, Texas — A video showing the controversial 2018 arrest of a man who was tased while his hands were raised has been released by the Austin Police Department.

Police officers Robert Pfaff and Donald Petraitis were found not guilty of using excessive force by a jury in December 2018. The officers said the man, Quentin Perkins, was in the crowd at the scene of a shooting in February of the same year.

The officers reported that Perkins was walking away from them when they ordered him to the ground. In the video, Perkins can be seen on his knees with his hands in the air before he gets tased.

The two officers were fired from the department in March 2019, and criminal charges were filed against them. Perkins' lawsuit against the City of Austin was settled in October 2019.

In November, Pfaff and Petraitis announced that they were seeking reinstatement to the police force. At that time, KVUE's Tony Plohetski reported that the officers said they believed Perkins appeared as if he was about to flee and that their attorneys argued that they didn't remember accurately what had happened that night but they didn't intend to falsify their reports.

City leaders said that although the officers were found not guilty of their charges, including evidence tampering and assault, in December Chief Brian Manley determined that they had violated multiple department policies – a different standard than what jurors considered in the criminal trial.

Also in November, multiple criminal justice organizations called on the Travis County District Attorney's Office to adopt a "no call" policy, which would stop prosecutors from issuing charges or pursuing cases that rely on the word of officers who are found to be biassed or dishonest. The used Perkins' case as an example of a case they believed was treated unjustly.

At the time the officers were cleared in December 2018, the Travis County DA's office released the following statement:

The Austin Justice Coalition was outspoken following the release of the video on Tuesday, saying that Perkins was given almost no time to comply with any additional commands before he was tased despite being arrested for failure to comply with a lawful order.

“A Taser is a 'less' lethal weapon, but it can kill a person,” said Meme Styles, executive director of MEASURE. “No officer should tase a person who is already on their knees with their hands in the air. And then to charge him with the crime of not following an order he could not have possibly followed, that is the kind of arbitrary act that keeps undermining all faith in law enforcement, especially among black people.”

“Now that we can all see what happened, the chief’s decision to fire these officers must stand,” added Chris Harris, a local criminal justice advocate. “For the Austin Police Association to call the investigation into these officers a 'witch hunt' is absurd. And their response of encouraging officers to review body camera footage before giving statements sends the message that they’d rather help their members evade responsibility for brutality instead of preventing it.”

Tuesday's release follows two new reports that show disparities in local policing, in addition to an ongoing investigation into how the department handled allegations of racism against its leaders.

“Hopefully this footage will add to the growing body of evidence that we continue to have a real problem with racist policing in Austin,” said Chas Moore, executive director of the Austin Justice Coalition. “Despite all of the gains we’ve made in reforming Austin police, we keep being confronted with the fact that this institution has racism at its core and so we need to not only continue working to change the police department, we have to keep working to adopt approaches to public safety that don’t involve the police.”

Austin Police Association President Ken Casaday responded to the release of the video in an interview with KVUE by phone: "The Austin Justice Coalition is wasting their time because an arbitrator will rule on [whether to reinstate the officers], not the City."

Casaday said the arbitrator should issue an opinion sometime in April.