Andre McDonald released from jail, will have GPS monitoring

Prosecutors say the husband and prime suspect in the case of missing Bexar County mother Andreen McDonald is a danger and a flight risk. 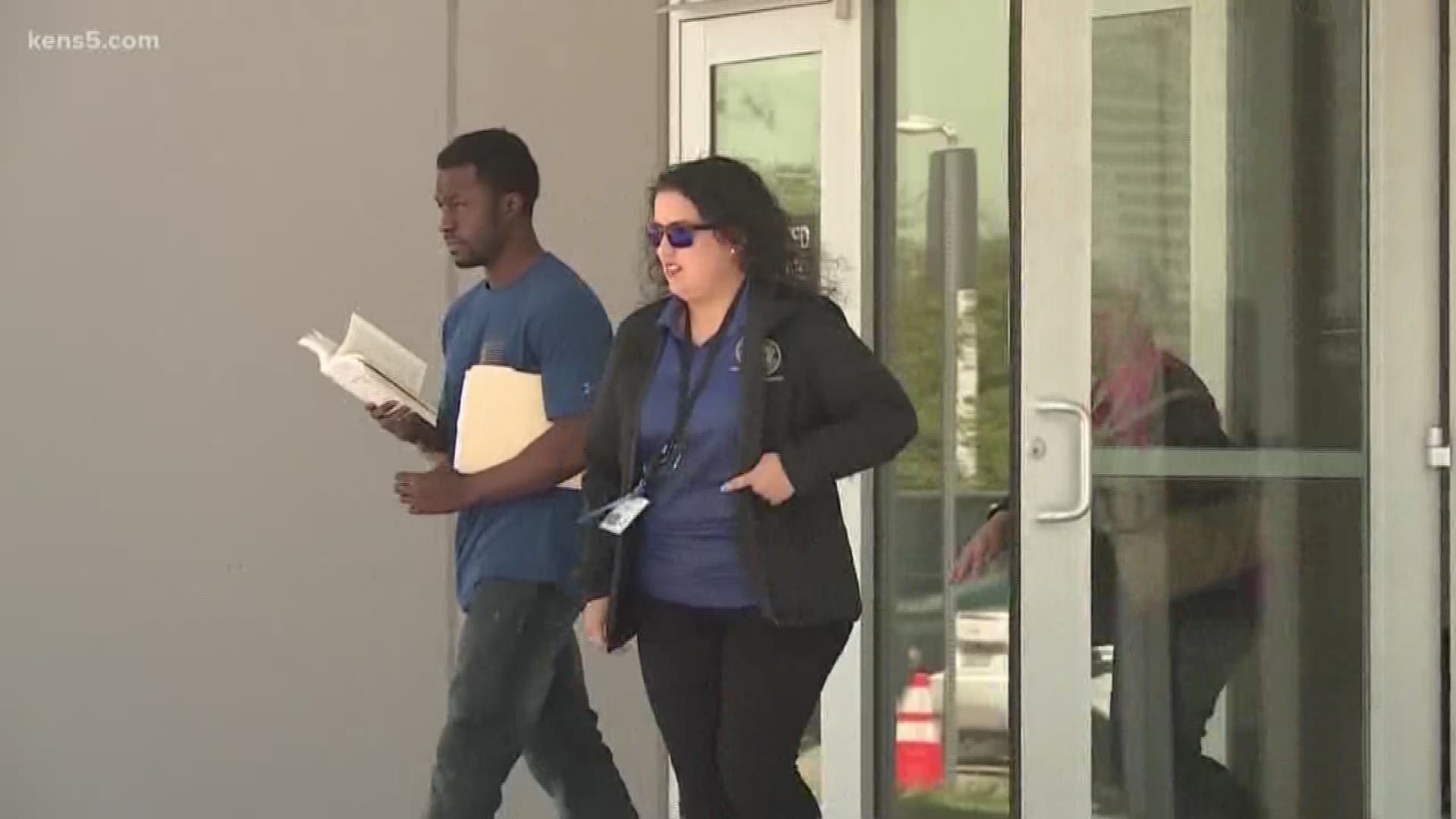 SAN ANTONIO — Andre McDonald was released from the Bexar County Justice Intake Center Tuesday afternoon, after posting bond Monday night. He did not answer any questions when asked about where his wife could be, or what happened the last time he saw her.

McDonald has been placed on full house arrest and will only be allowed to go to and from work and home. His next court hearing is set for April 23rd.

"Maj McDonald is still a member of the Air Force family, and he will be treated as such and afforded the same rights as any Airman. He is expected to conduct himself in a manner that is compliant with the stipulations under which he is being released."

It will cooperate with authorities as needed.

His wife has been missing since February 28.

Scroll to 32:30 below to see Andre McDonald leave the processing center.

He won a bond reduction Wednesday from a judge who ordered him to be under house arrest if he can make bail. McDonald's bond was reduced from $2 million to $300,000 by Judge Frank Castro.

To win his release, McDonald only needs to produce 10 percent of that amount in cash, and his lawyers said they are working to free him.

McDonald is charged with tampering with evidence in connection to his wife’s March 1 disappearance. Bexar County Sheriff's investigators said Andreen McDonald was reported missing from her far north Bexar County home when she failed to show up for expected activities.

Friends who went to the woman's home said they found blood in the home and called law enforcement. Detectives said Andre McDonald was uncooperative with the investigation, and they charged him with tampering with evidence days after the woman vanished.

In the 399th District Court, both prosecutors and McDonald's defense attorney engaged in a spirited argument. Prosecutor Samantha DiMaio introduced more than 50 photographs of evidence, and told the judge this is no ordinary tampering case. DiMaio said because McDonald has ties out of the country and owns a large amount of property, he should be considered a flight risk.

“He is the 1 percenter of San Antonio. He is not the normal defendant. There is nothing normal about this case. He has huge resources.”

DiMaio said that, in addition to McDonald's salary as a Major in the Air Force, the couple has joint business interests, significant real estate holdings and numerous late model luxury automobiles.

Defense Attorney John Convery told the judge, “I urge you to seriously look at this and set a bond and let the justice system take its course!”

Convery told the judge that while McDonald has resources, he has very little liquid cash, and even that is tied up in the jointly owned business to make payroll and take care of other expenses. Convery said all of the couple's automobiles have been seized and are being held as evidence.

After listening to both sides, Judge Castro said, "Court's going to go ahead and set a bond at $300,000 and order GPS, full house arrest. Well, partial. He'll be allowed to work, only work, to work and home."

Nina Glass and Malinda Pennell want to find Andreen McDonald. They have been searching non-stop for the mother.

"Today, he was laughing and smiling as if he won the lottery," Pennell said. "None of this is funny. There is a woman missing, his wife, the mother of his child is missing."

"He doesn't need to be in the streets," Glass said.

McDonald's attorney asked the judge to order supervised visits with the couple's young daughter but the judge ordered McDonald to have no contact with the girl.

McDonald is due back in court next month.

Crime Stoppers of San Antonio could pay up to $5,000 for information leading to the arrest of anyone responsible for any crimes against Andreen McDonald.

PREVIOUSLY IN THIS STORY:

Three weeks later: Search for Andreen McDonald continues with little to go on