The incident began after one driver swerved in front of another on Interstate 35E and was honked at, police said. 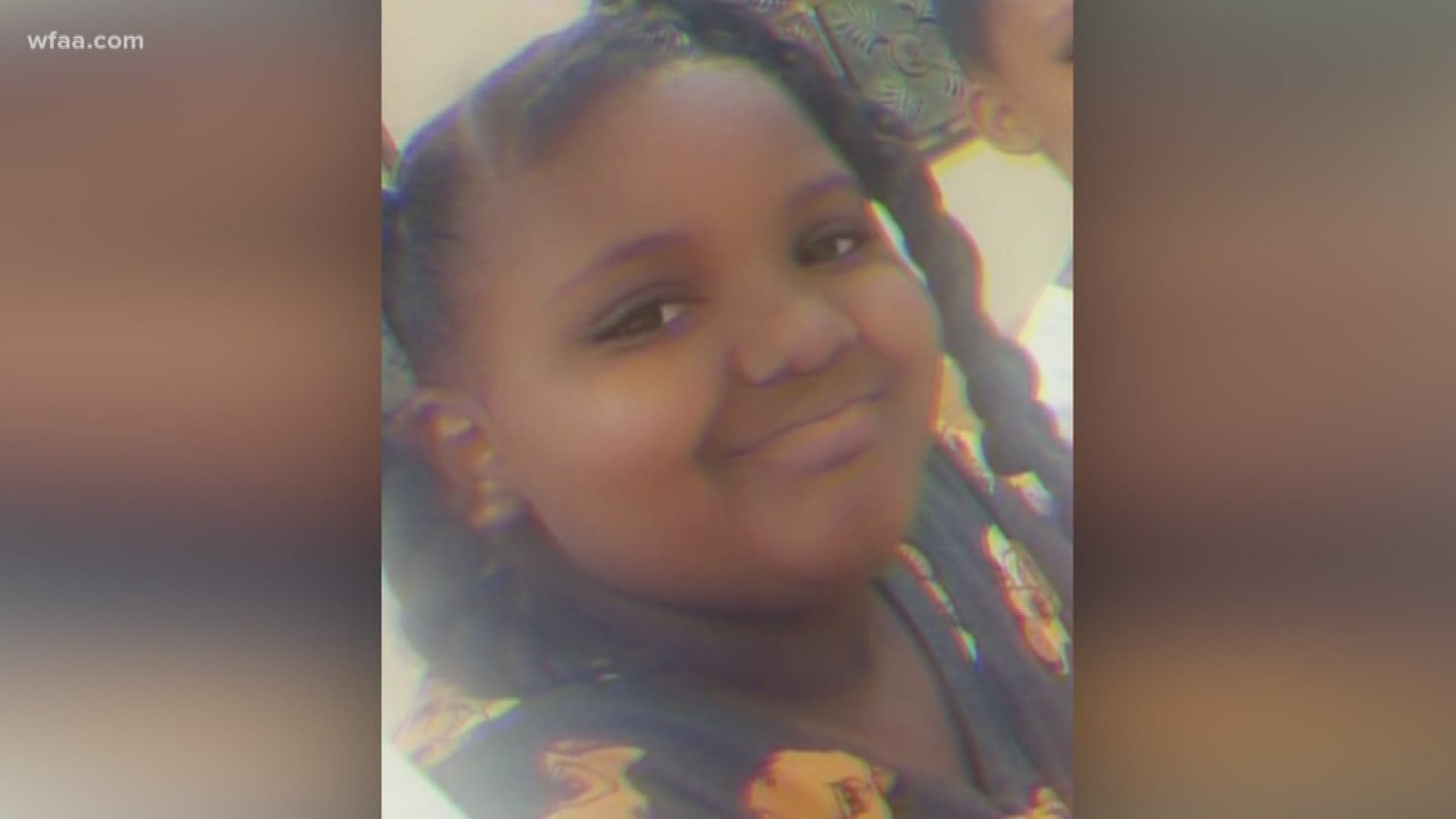 DALLAS — Updated 11:05 a.m. Tuesday with details about a GoFundMe.

Worried mothers don’t often hold news conferences at the hospital. But Diamond Dixon has a story to tell.

Her daughter, Rubye Rhodes, 9, was shot during a road rage incident Sunday night on Interstate 35E.

"His passenger window was already fully all the way down. He looked at me. We made eye contact," Dixon said. "The next thing I know, I heard, 'pop, pop, pop, pop, pop!'"

Rubye was riding in a car with her mom when a driver fired several shots into the family's vehicle, Dixon said at a news conference.

The girl had two surgeries after the bullet damaged her kidney and intestines, Dixon told WFAA.

The shooting happened shortly before 9:30 p.m. as Dixon was driving northbound on I-35E. She was near the Mañana Drive exit at the time, with a friend in the front passenger seat and Rhodes in the backseat.

The three of them were on their way home to Oklahoma City.

As Dixon got closer to the exit, an unknown driver swerved in front of her. She swerved out of the way and honked her horn at the suspect.

The suspect then pulled in front of her and slammed on his brakes. She temporarily lost control of her SUV, but was able to avoid crashing into his vehicle, and drove around the suspect, police said.

That’s when Dixon said the driver pulled up next to her.

“He looked mad. He looked pissed off.”

The mother told police he fired three rounds at her car. One of the bullets hit her daughter.

The mom of four described the driver as a man with salt and pepper hair and a goatee. She described the suspect vehicle as follows: “It was a newer model. White two-door car. Like an Infiniti. A coupe. The windows were tinted.”

Police have not made any arrests. And Dixon has a message for the driver.

"You should just really turn yourself in," Dixon said. "My baby’s life will never be the same."

No one else was injured in Sunday night's shooting, according to police.

This is a developing story and will be updated. For more breaking news coverage, download the all-new WFAA app.