The Williamson County Sheriff's Office is still seeking out a ninth suspect. 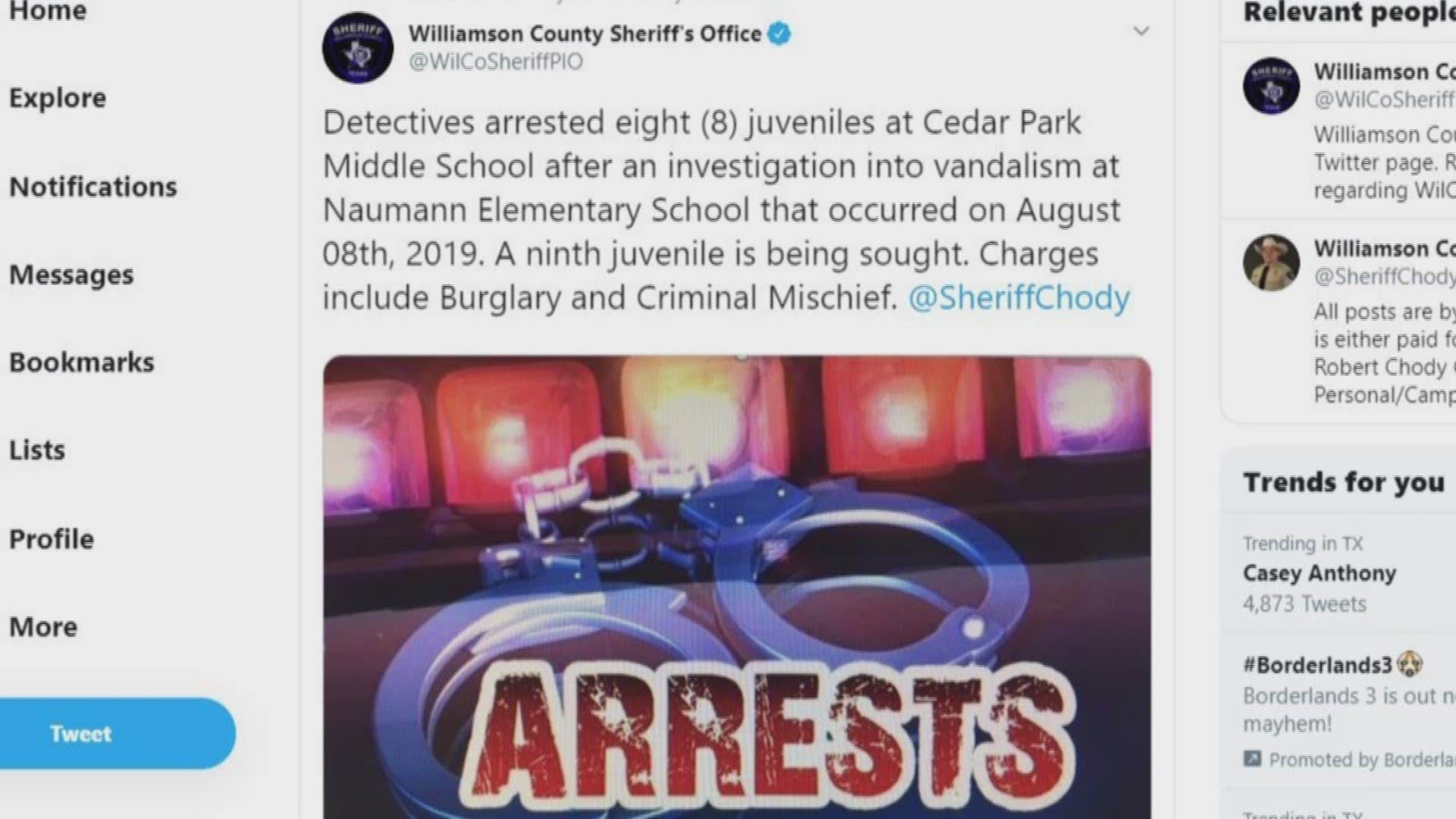 AUSTIN, Texas — Detectives with the Williamson County Sheriff's Office arrested eight students at Cedar Park Middle School and a ninth is still being sought in relation to the vandalism of Naumann Elementary School.

The juveniles are facing burglary and criminal mischief charges for the vandalism that occurred back in August.

WCSO told KVUE that the arrests were made according to protocols used to minimize disruptions to the school day.

WCSO is asking for the privacy of the arrested students to be respected.

It's a full moon Friday the 13th and the next one won't happen for 30 years!