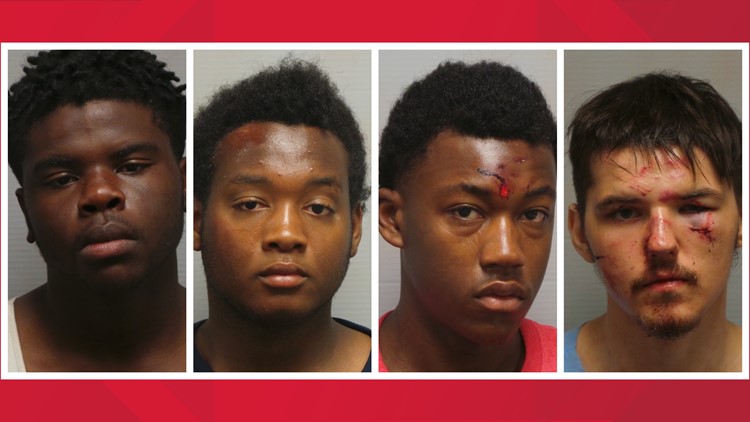 Photo by: Chesterfield PD
From left to right: Shakur Martin, Kyron Wallace, Christopher Wallace and Jason Hinson were charged win connection with driving onto a levee in Chesterfield to get away from police.

CHESTERFIELD, Mo. — Four teens were charged after fleeing from police in Chesterfield by driving onto a levee, police said.

Chesterfield officers said they were called to the Taubman Prestige Outlet Mall for a report of people stealing clothes. When they got there, the four men jumped into the stolen truck and sped off.

Eventually, the truck turned onto a gravel road that led them onto a levee along North Outer 40 Road near the waters of the Missouri River. Police said the truck eventually had nowhere to go, lost control and crashed into a boat and RV on the lot of Beyond Self Storage on North Outer 40 Road.

The truck was reported stolen out of Clayton.

RELATED: Check out the miniature cattle at Grant's Farm

RELATED: 16-year-old taken into custody in connection with shooting death of 14-year-old