21 injured or killed in violence this weekend in St. Louis

The victims include three children who have died and three other children who've been injured. 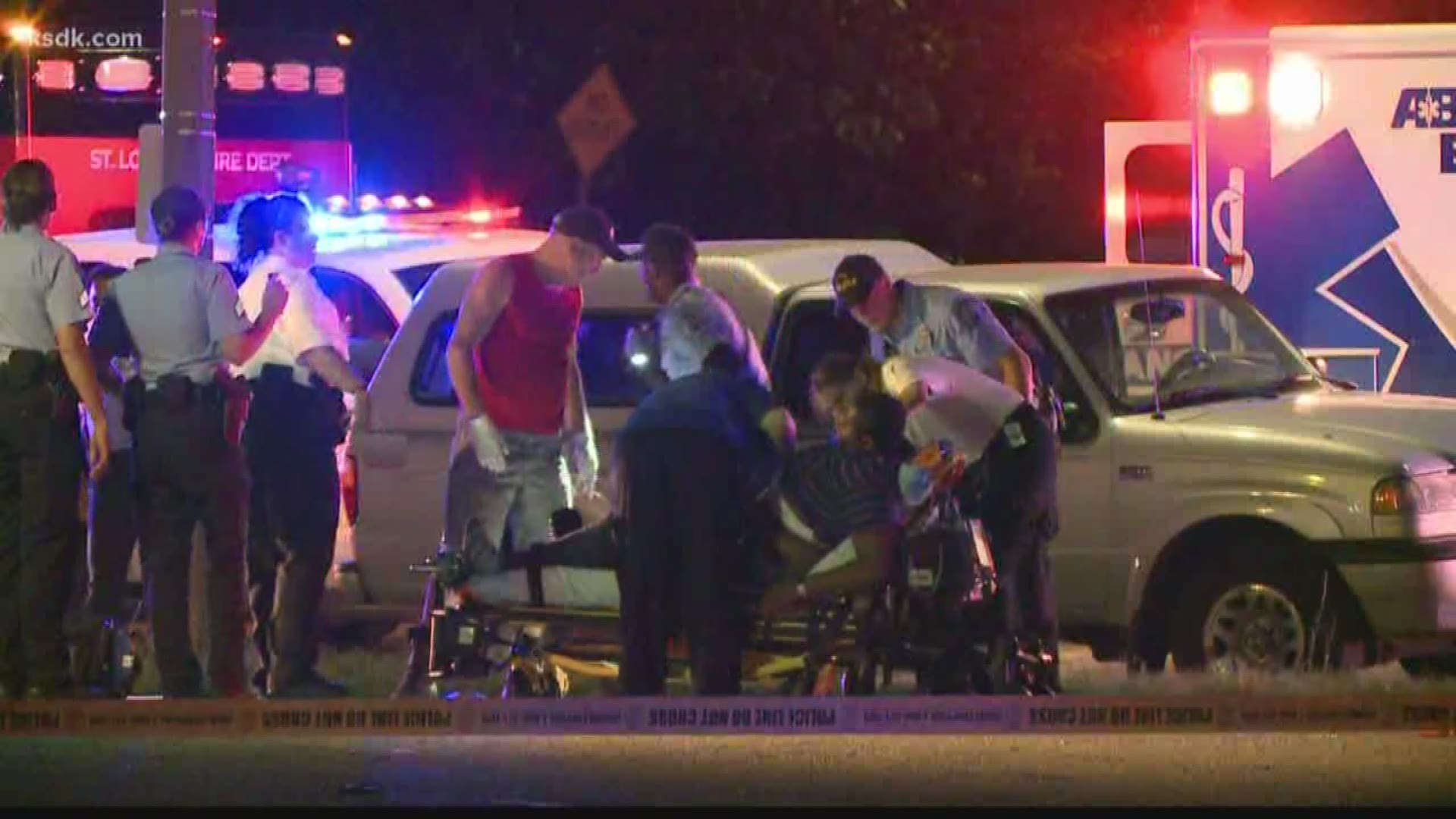 ST. LOUIS — At least 21 people have been killed or injured in violence since 8 p.m. Friday night in the City of St. Louis. Six of those victims have died.

The violence has left three children dead and three other children injured.

Below is a breakdown of the shootings and stabbings reported across the city limits.

8 p.m.: An 8-year-old girl was killed in a shooting near Soldan High School. Two 16-year-old boys and a 64-year-old woman were injured. Police said the shooting happened in the 1100 block of Union after a football jamboree.

4:30 a.m.: A 36-year-old woman was shot by a man in the 4100 block of S. Broadway in south city. Police said she wasn’t cooperating when they tried to talk to her but did say she was walking in the area where the shooting happened when an unknown man approached her and shot her. She said he ran away and she went home, where a friend then drove her to a hospital. Her condition isn’t known, but police said she is stable.

12:01 p.m.: A 34-year-old woman was shot in her left leg. It happened in the 2900 block of California in the Benton Park West neighborhood. She was awake and breathing when she was taken to the hospital.

2:30 p.m.: A female was shot in the head near Interstate 70 and West Florissant. She was found dead inside a car on the 5000 block of Wren. Police are investigating the shooting as a homicide. Anyone with information is asked to call CrimeStoppers at 866-371-8477.

2:40 p.m.: A man was shot in his backside near Lillian and Arlington in the Mark Twain neighborhood. The man alerted police by going to the North Patrol Division.

6:25 p.m.: A man was shot in the arm in the area of N. Kingshighway at Margaretta—that’s on the edge of the Penrose neighborhood not far from where Kingshighway hits Interstate 70. He arrived at a hospital via car, not an ambulance, police said.

6:30 p.m.: Three people were found dead inside a unit in the Edge Lofts apartment building in Downtown West.  Police confirmed they were a 10-year-old girl, 46-year-old man and 45-year-old woman. Two of the victims were shot and one victim was stabbed. Police have not specified who was shot or stabbed.

6:41 p.m.: A 16-year-old boy was shot in the face near Natural Bridge and N. Grand, that’s at the corner of Fairground Park in north city. The teen was conscious and breathing when he was rushed to a nearby hospital. Police are investigating the shooting as an assault.

9:15 p.m.: A 32-year-old man was shot in his back near Cabanne and Goodfellow Boulevard in the West End neighborhood. He was awake and breathing when he was rushed to a hospital.

10:29 p.m.: A man in his early 30s was shot in his stomach near Jefferson and Gravois in south city. Police said he was alert and breathing when he was rushed to the hospital. He was last listed in critical condition and his vitals were stable.

5:56 a.m.: A 15-year-old boy was fatally shot in the head in the 7300 block of Vermont, which is on the edge of the Carondelet and Patch neighborhoods in south city. St. Louis police said they don't have a suspect.

3:07 p.m.: Police said a man was shot in the hand near the intersection of Enright and Clarendon Avenues. He was taken to the hospital for treatment.

8:15 p.m.: A man was shot in the abdomen on the 8200 block of Michigan Avenue. Police said he was awake and alert when he was taken to the hospital. No other information was provided.

8:52 p.m.: A 39-year-old man was sound shot in the chest on the 3400 block of Tennessee Avenue. He was alert and breathing when he was taken to the hospital.