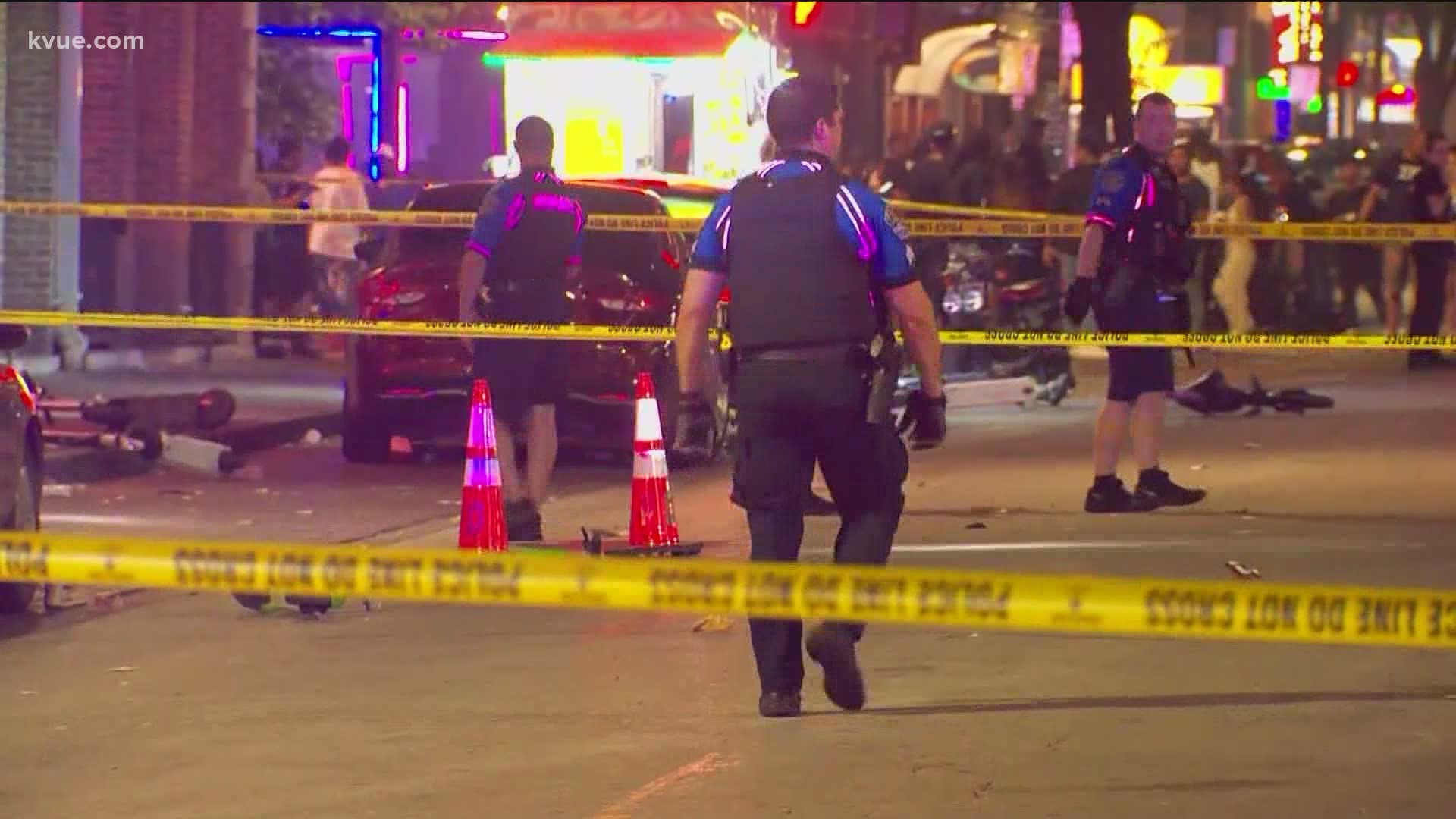 AUSTIN, Texas — The Austin Police Department is investigating a shooting on Sixth Street that happened on Monday morning.

Two women were shot and both were taken to a local hospital with life-threatening injuries. Police said given the shooting happened at a very busy time on Sixth Street, it is fortunate that more people were not injured.

Austin’s entertainment district is the scene of another overnight shooting, less than a month after the deadly mass shooting. @Austin_Police tell @KVUE 2 Hispanic women have life-threatening injuries from the incident that happened on E 6th St just 4 mins after the bars closed. pic.twitter.com/pM6Y8xe5RX

As of 5 a.m. Monday, police have not located the suspect. If you know anything about this incident, call Crime Stoppers at 512-472-TIPS.

This is the second shooting on Sixth Street in less than a month. On June 12, shots were fired into a large crowd, sending several victims to the hospital. A total of 14 people were shot, including one man who died from his injuries.

Monday morning's Sixth Street shooting was also not the only overnight shooting in Austin. Just before 9 p.m. on Sunday, a 2-year-old boy and 20-year-old woman were injured in a shooting at a North Austin apartment complex.

"Early this morning, Sixth Street was again the scene of shootings resulting in very serious injuries for two women. My prayers are with the victims of this senseless act of violence for a full and [complete] recovery.

"Over the last several weeks, my staff and I have been reviewing recommendations for improving safety in our Downtown entertainment district. In the next month, I will be bringing forward a resolution directing our City Manager to respond to those recommendations. We can and must take further action to improve safety in our entertainment district and to reduce gun violence throughout our community."

Austin Police Association President Ken Casaday said Austin is lucky that only one shooting happened downtown over the weekend.

"We're very fortunate that we didn't have others because the two days before that, we seized over 10 different illegal handguns off individuals within probably a three-block area where the shooting was," said Casaday. "So it is a definite high crime area where I would not suggest taking your family members and tourists right now. It's too dangerous down there."

Casaday said the downtown shooting is just another example of the rising crime in Austin.

Austin FC vs. LAFC: Here's what you need to know