Police say so far no witnesses have been able to positively identify the make and model of vehicle the gunman was driving. 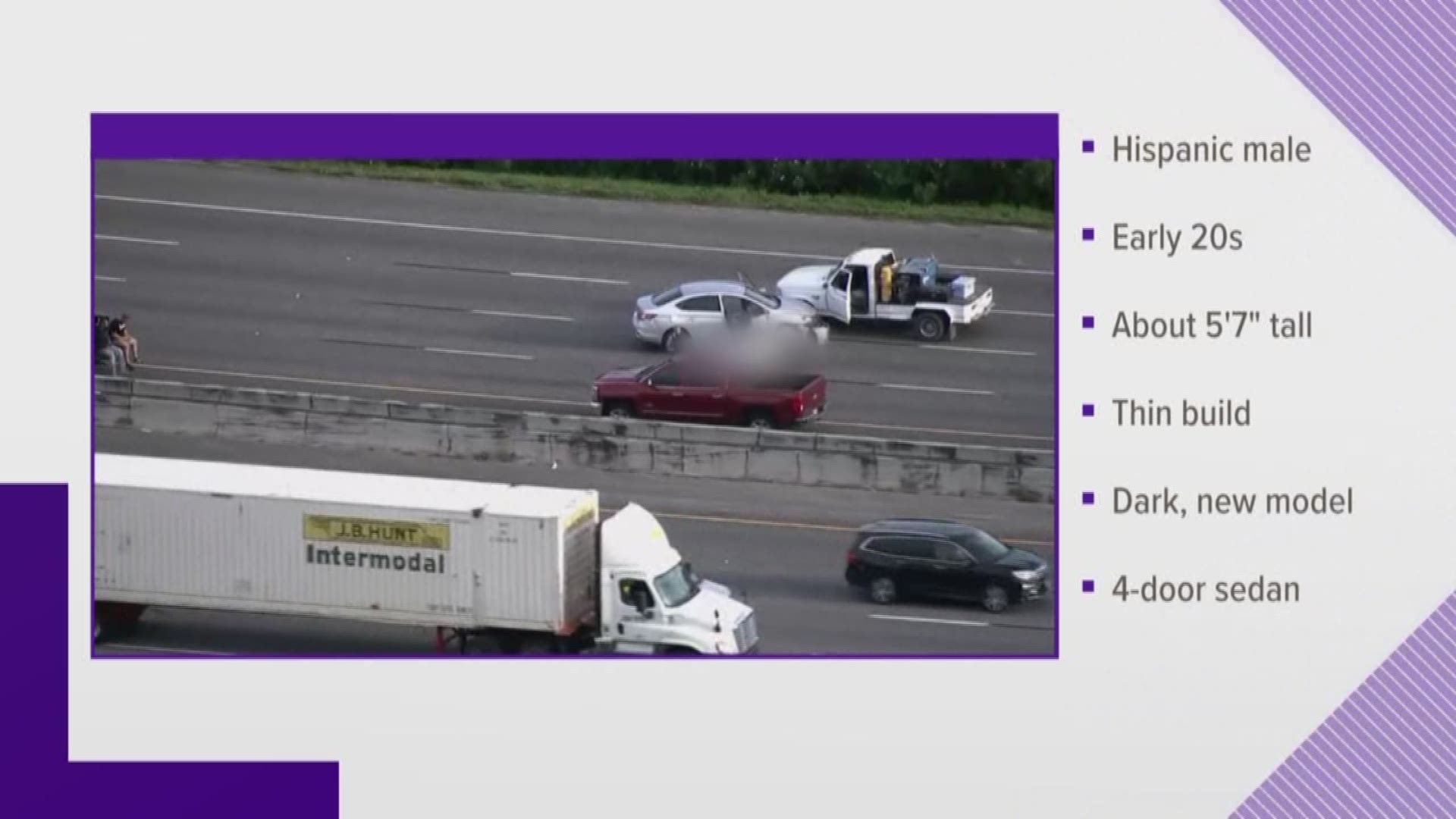 HOUSTON — A man armed with a rifle shot and killed two people during the busy rush hour commute on Thursday evening, police said.

The names of the victims have not been released, but Friday the Houston Police Department said the men were 25 and 33 years of age.

The shooting happened on Houston's east side in the middle lanes of the I-10/East Freeway near Federal.

On Friday, HPD Chief Art Acevedo tweeted there was a "high probability the murders are drug related."

Witnesses told Houston police it was just before 6 p.m. when two vehicles collided on the freeway - the gunman in one and the victims in the other. The victims' silver Nissan sedan spun around and rolled backward, and the shooter ran behind and started firing into the car's windshield using a long rifle, similar to an AR-15, police said.

Both victims in the Nissan were believed to be shot in the chest and died at the scene.

Authorities said the killer didn't stop firing until a good Samaritan in a truck opened fire on him. It's not known if the shooter was wounded, but the bystander's gunfire caused him to flee the scene.

Police release description of the gunman

From HPD: "Witnesses observed an unknown Hispanic male - possibly in his early 20s, thin build, about 5 feet 7 inches tall and wearing a red shirt - on the freeway running towards the victims' vehicle, firing multiple times. The unknown suspect then fled the scene in a newer model, dark colored four door sedan, with unknown license plates."

Despite the hundreds of drivers around the scene of the shooting, police said no one has been able to confirm the make and model of the suspect's car.

"I think what happened, and I'm just speculating, is that a lot of people thought this was just a [car] accident on the freeway," HPD Assistant Chief Dobbins said Wednesday. "They just drove by it and went home and didn't realize a shooting was happening until after the person got out of the car, and that happened so fast that those driving by never even saw it."

Dobbins thanked those witnesses who stayed to speak with investigators.

Police said narcotics were found in the victims' vehicle, but it's not confirmed if the drugs are related to the shooting. Dobbins refused to speculate on the motive but would not rule out that the shooting was possibly drug-related or road rage.

The killings brought rush hour traffic to a standstill, shutting down the freeway's eastbound lanes for several hours.