A school resource officer at a Slidell kindergarten was reportedly alerted to the situation when a teacher noticed the 5-year-old had a bag of white powder. 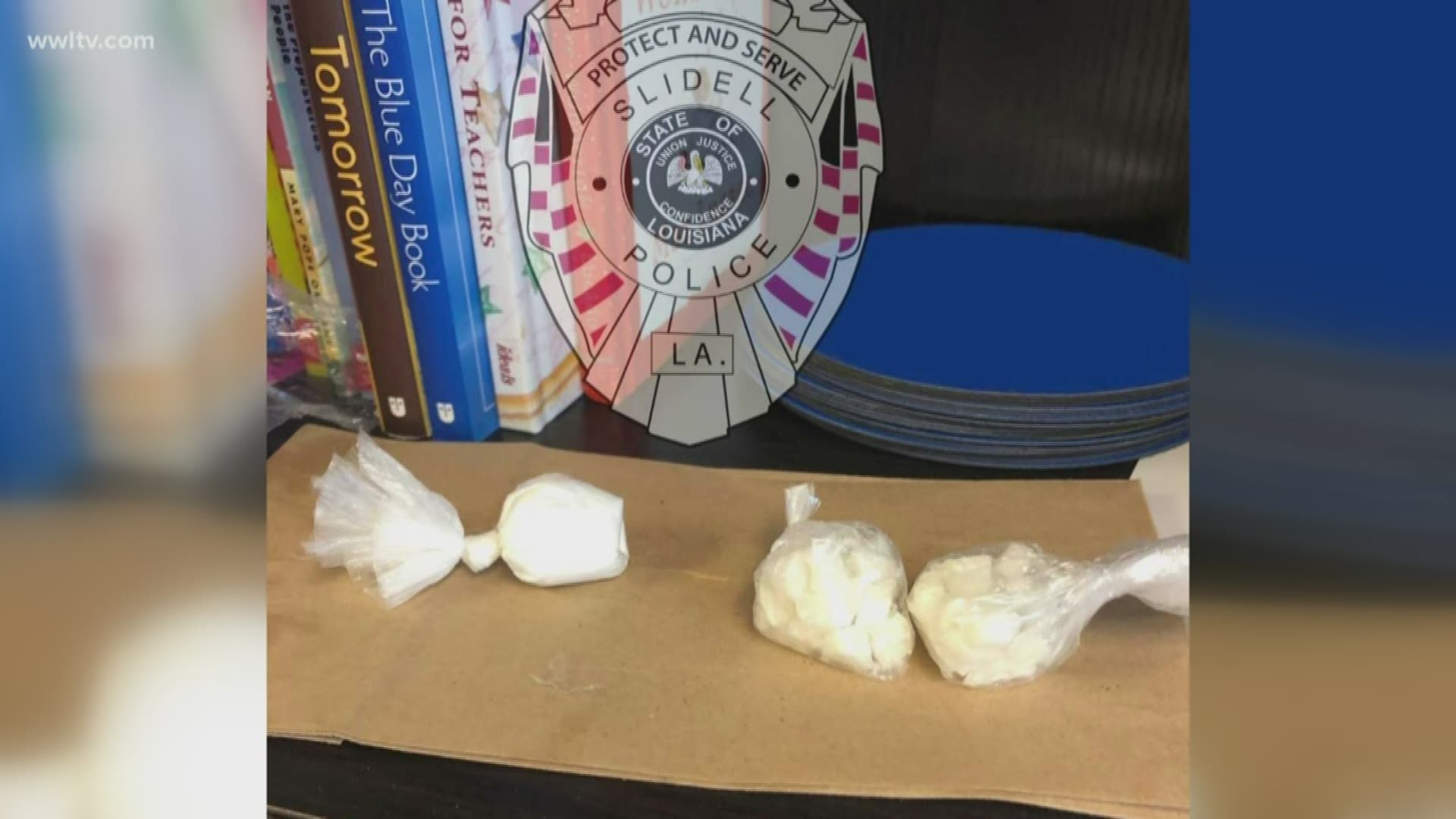 SLIDELL, La. — Authorities say two people have been arrested after a Slidell school resource officer found a large amount of cocaine stashed in a kindergartener's clothes.

The Slidell Police Department said the officer was reportedly alerted to the situation after a teacher spotted the 5-year-old student with a bag of white powder. The officer determined that the powder was cocaine and found two additional bags of crack cocaine stashed in the child's clothing.

Police say the child had no knowledge about the drugs.

The relationship between the suspects and the child was unclear Wednesday morning.

Slidell police said "proper steps" were taken to ensure the future well-being of the child.

‎WWL-TV New Orleans News
‎WWL-TV is the New Orleans news leader in breaking news, weather, traffic and crime. Download the free app to your phone and receive news and weather alerts on important stories and emergency situations. The WWL-TV News app focuses on the latest news to keep you informed. Highlights of the app inclu...
App Store |Aug 17, 2019