Video shows the victim falling to the ground, then getting up and running away from the robbers who apparently wanted his cell phone. 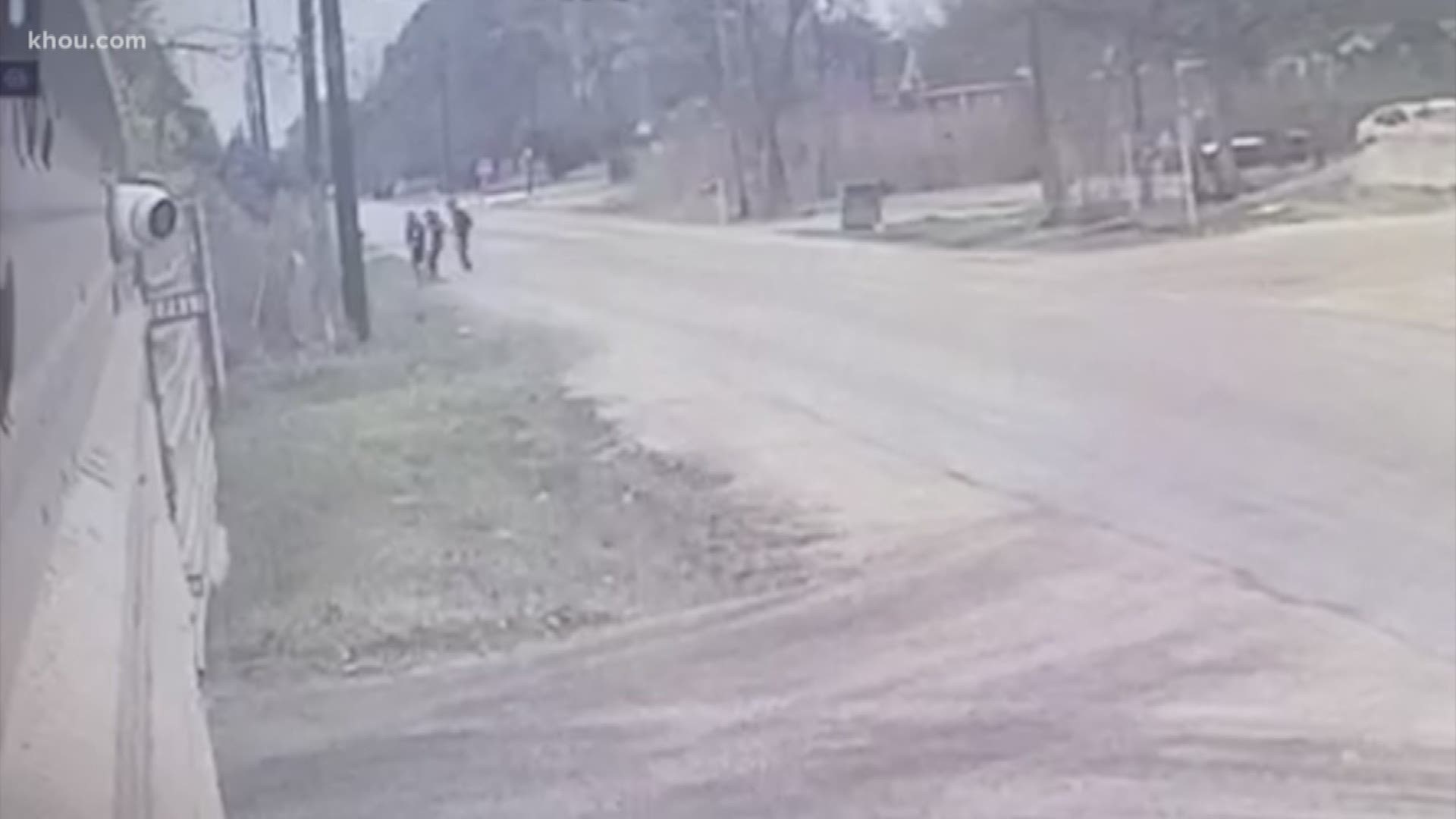 HOUSTON — A teenager was rushed to the hospital after being shot in the neck in northwest Harris County. The shooting was captured on surveillance video.

The victim had gotten off a Metro bus to the 12800 block of Mosiellee and was walking to a friend's house.

The two suspects followed him and tried to rob him at gunpoint, according to the Harris County Sheriff's Office. The teen resisted so they shot him.

Surveillance videos shows the victim falling to the ground. When the suspects take off on foot, the victim gets up and runs in the other direction.

A deputy at the scene said the suspects wanted the victim's cell phone.They apparently didn't get it because a cell phone was found at the crime scene, according to HCSO.

There’s no word on the victim’s condition but HCSO tweeted "the wound does not appear to be life-threatening."

Nearby neighbors were being questioned to see if they saw or heard anything.

Warning: Some people may find the video below disturbing

Check back for more on this developing story.