Could 'murder hornets' make their way to Texas? A San Antonio entomologist has the answer

The world's largest hornet species has found its way to the United States. They're called Giant Asian Hornets, but they're better known as "murder hornets." 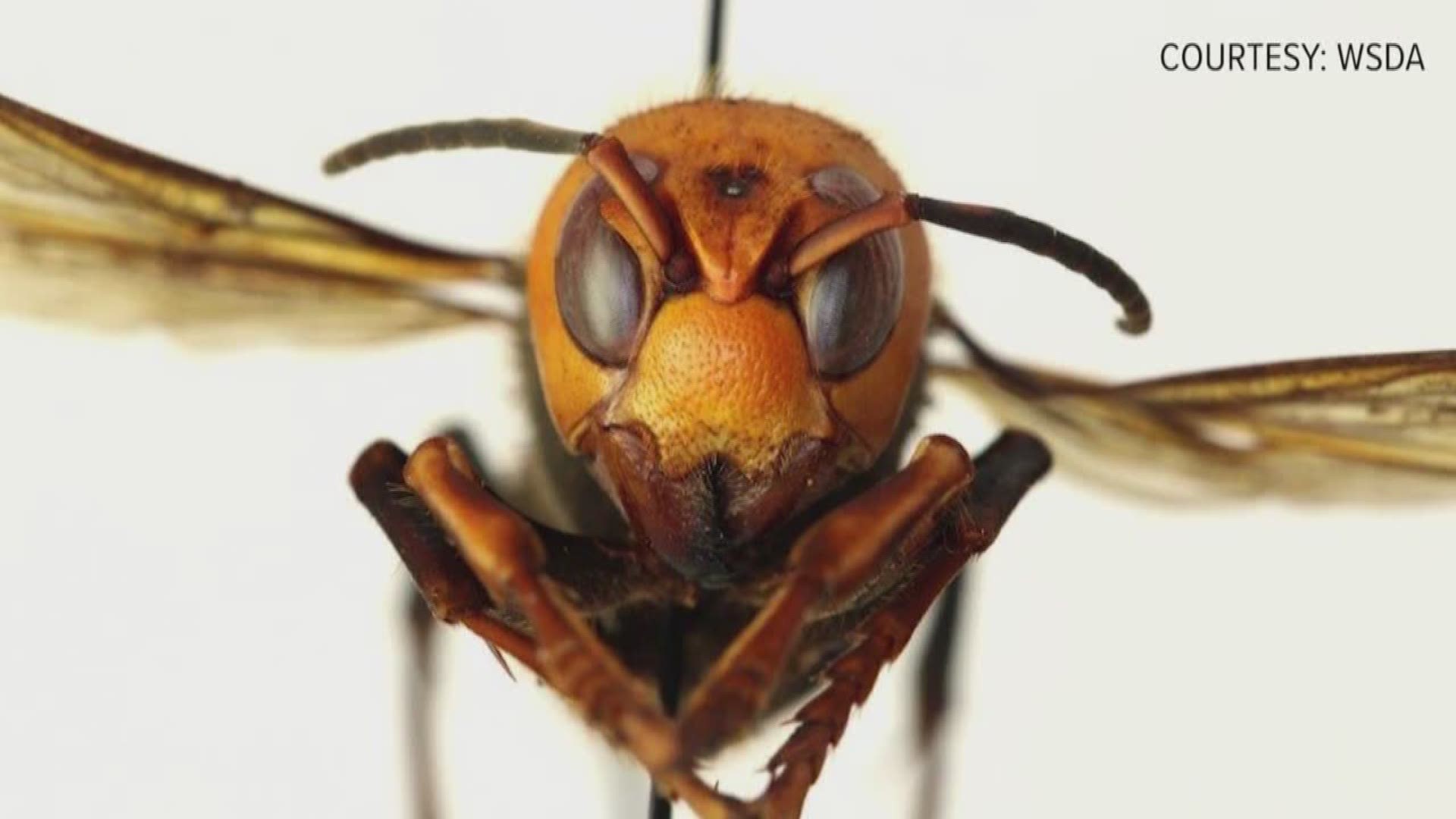 SAN ANTONIO — Just as we begin to take small steps out of isolation, the latest buzz has some wanting to run back in.

The world's largest hornet species has found its way to the United States. They're called Asian Giant Hornets but they're better known as "murder hornets."

"They shouldn't be called 'murder hornets.' It's kind of a sensational term," Keck said over FaceTime on Thursday.

"But the name 'murder hornet' probably is used because they are known to decapitate and kill beehives. They certainly aren't murderers of humans and they're not concerned with humans at all."

"They chop their head off and take the body back," beekeeper Rick Fink said of what the hornets do to bees like his precious hives scattered through Bexar and Bandera County.

"They have been known to wipe out beehives," he said.

Entomologists say the murder hornet has a much more toxic venom but doesn't usually attack people or pets unless they're threatened.

Washington state officials are asking residents to report any sightings so they can see if the population is spreading, which Keck says, is totally possible.

"Most likely they will make it to Texas on cargo. So in San Antonio it's going to be a while before it gets here."

In the meantime, beekeepers like Fink are preparing themselves.

"Unless we can figure out a way to eliminate them we would have to figure out ways to mitigate the situation."

A situation he hopes never comes to fruition. After all, a life without total bee decimation is much sweeter.

RELATED: VERIFY: What 'murder hornets' are and what they're not

RELATED: 'Murder hornets' are showing up in the U.S.