Julian Galloway is currently undergoing chemo and radiation at MD Anderson in Houston. 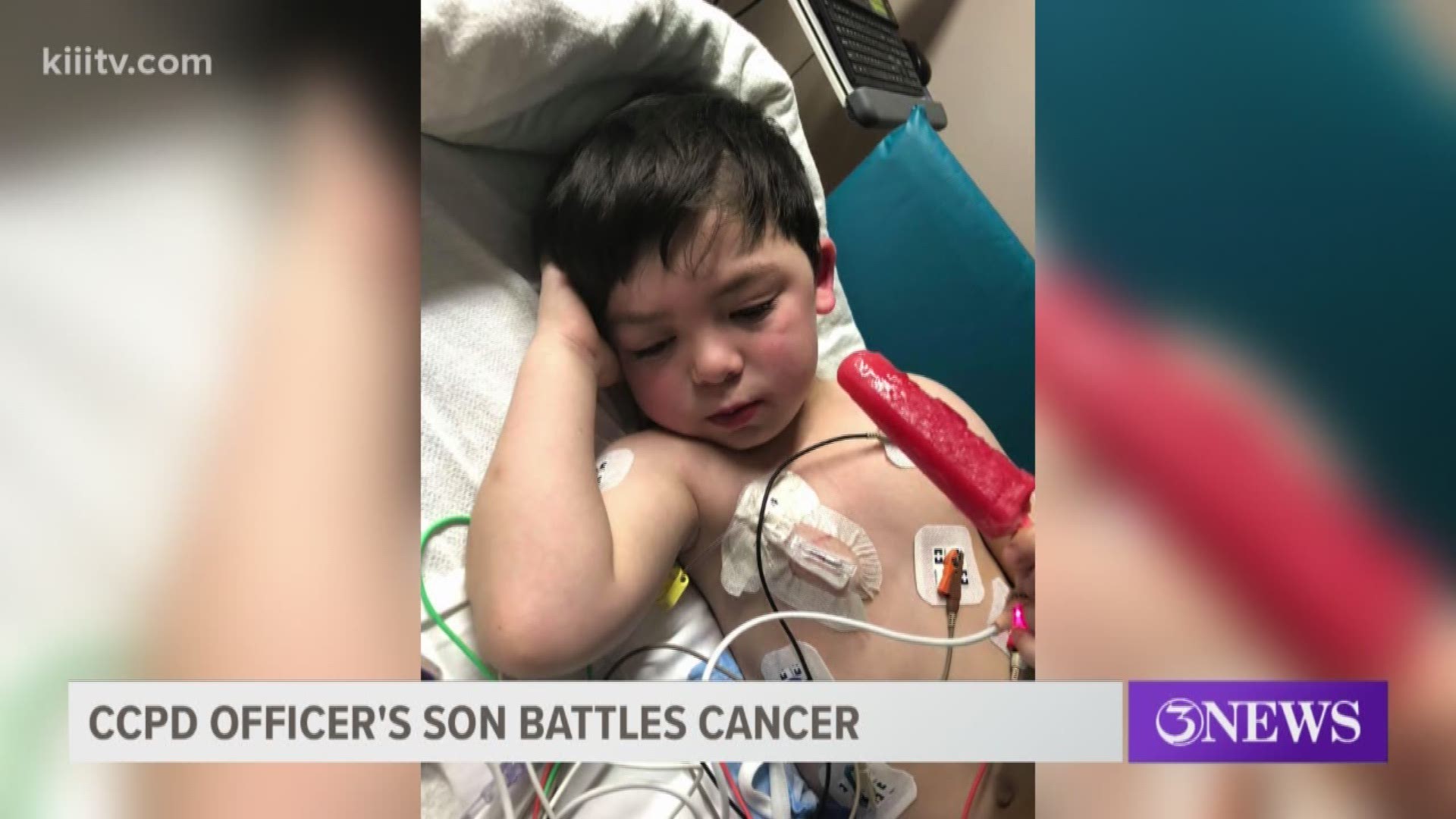 CORPUS CHRISTI, Texas — A 4-year-old is fighting for his life after being diagnosed with a cancerous brain tumor.

Julian Galloway is currently undergoing chemo and radiation at MD Anderson in Houston.

"I feel like that was a gift he was given. It was already written in his plan that this was going to be a chapter in his life that he was going to need all of those qualities," mother Monica Galloway said.

Julian is rambunctious and full of life, but in December, something changed.

"I just knew there was something wrong," Monica said.

Julian got sick, his parents Monica and Lee desperate to find out what was happening to him.

"We had no other symptom other than the fact that he had been vomiting," Monica said.

"The first scan that he did was what told us that he had cancer," Monica said.

Julian had medulloblastoma, which is a malignant tumor the size of a golf ball attached to his brain stem.

"It is rare. There are only about 500 cases per year," Monica said.

On Christmas Eve, Julian went through surgery to remove it.

"He spent a week in the pediatric ICU," Monica said.

Just when Julian's family thought he was recovering well, he developed what's called posterior fossa syndrome, which is a side effect of the tumor.

"He lost the ability to use his hands and arms and legs. He couldn't swallow, he couldn't eat," Monica said.

Julian was able to regain his strength and speech through therapy.

Currently, Julian is in week 3 of his six weeks of chemotherapy and special radiation offered at MD Anderson in Houston.

"He receives his treatments Monday through Friday. Right now, he's still able to come home on the weekends," Monica said. "It's very important to us that he comes home because when he's with his siblings every weekend, he just gets a little bit more like his old self."

"They know that he's sick. But they don't know what that means. And so we try to talk to them. Just be as honest as we can with them," Monica said.

"One of us will stay back with the kids get them to school, during that week I'll go back to work," Lee said.

Lee is an officer with the Corpus Christi Police Department.

Since Julian's diagnosis, the family has received meal trains, fundraising money, and well wishes from law enforcement and different communities from around the country.

"We've received so much support, and that's the only way we've been able to do all of this, to be honest," Monica said.

Even having a place to stay while Julian receives treatment in Houston.

"The police officers union has an apartment that they've offered to us. It's furnished some other police officers in Corpus have used it when they were getting treatment," Lee said.

Julian has three more weeks of chemo and radiation.

"He'll take a little break where they'll re-do some of the MRI's and do another spinal tap and see how the treatment has affected it so far," Lee said.

Julian will start another six rounds of chemo at Driscoll Children's Hospital.

"He still has some tumors on his spinal cord that they are still trying to shrink," Lee said.

The Galloway's hope Julian can leave the obstacles of cancer behind by September.

"We just wanna make sure that he had every opportunity that every other kid that he had before cancer," Lee said.

Hoping no other parent or child has to go through it.

"If you feel that something is not right with your child to continue to advocate for them," Monica said.

Until then, they pray for their son to have a bright and healthy future.

"He's fearless. He's not afraid of anything, and that is what is getting him through this," Monica said.