Organizers only had 30% of their wreath goal in early November, but donations from both the national organization and the community helped them reach their goal. 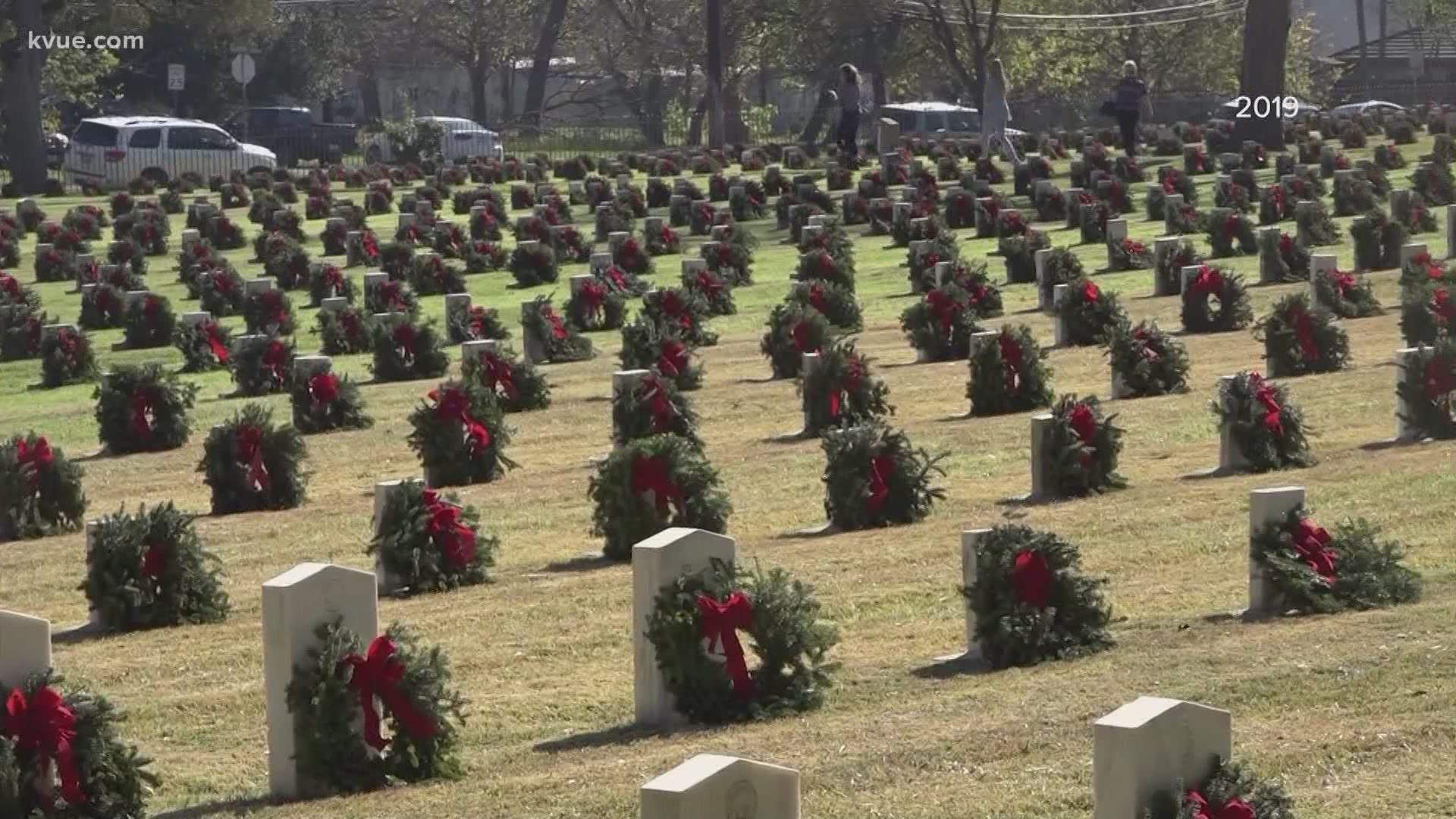 AUSTIN, Texas — As of Nov. 11, Austin's chapter of Wreaths Across America only had 30% of its goal for wreaths to be laid on gravestones at the Texas State Cemetery.

For the last several years, thousands of wreaths have been laid on gravestones at the cemetery in mid-December for the Wreaths Across America ceremony.

The idea is for people to use the holiday spirit to honor the fallen veterans and prominent Texans that are laid to rest there.

"Wreaths Across America's three-fold mission is to remember our fallen, those that have served and are serving and their families and to teach the next generation the value of freedom," Fuller said.

After fears that the pandemic was hindering the organization's ability to fundraise for the wreaths, Fuller told KVUE on Dec. 2 that a generous donation from the national chapter of Wreaths Across America, plus fundraising from the community – including a 9-year-old boy from Cedar Park – helped organizers reach their goal.

She also said this year's ceremony will be pre-recorded and posted online on Dec. 19.

Usually, there is a ceremony in the morning, and the public lays down wreaths on every gravestone throughout the cemetery.

But the way Wreaths Across America gets those wreaths is through sponsorships. When you sponsor a wreath, you are also donating money for that wreath to be purchased.

Credit: Luis de Leon
For the last several years, Wreaths Across America has made it a goal to have every grave stone covered with a wreath during the Holidays. (2018)

One Central Texas boy has made it his mission for the last few years to make sure no grave goes uncovered.

Nine-year-old Remmer Machamer has raised thousands of dollars over the last few years by going door-to-door. But due to the pandemic, he said he's had to find other options for fundraising.

Machamer has been recognized at the last few ceremonies for Wreaths Across America in Austin. He even met Gov. Greg Abbot in 2018.

Machamer told KVUE in November that he just wants to honor those who served the country.

Credit: Luis de Leon
Flags are put in front of grave stones at the Texas State Cemetery on Veterans Day.

This year, Machamer's fundraising contributed 25% of what was raised for the Austin chapter to meet its wreath goal. Fifty percent was raised by community donations and the national Wreaths Across America chapter covered the rest.