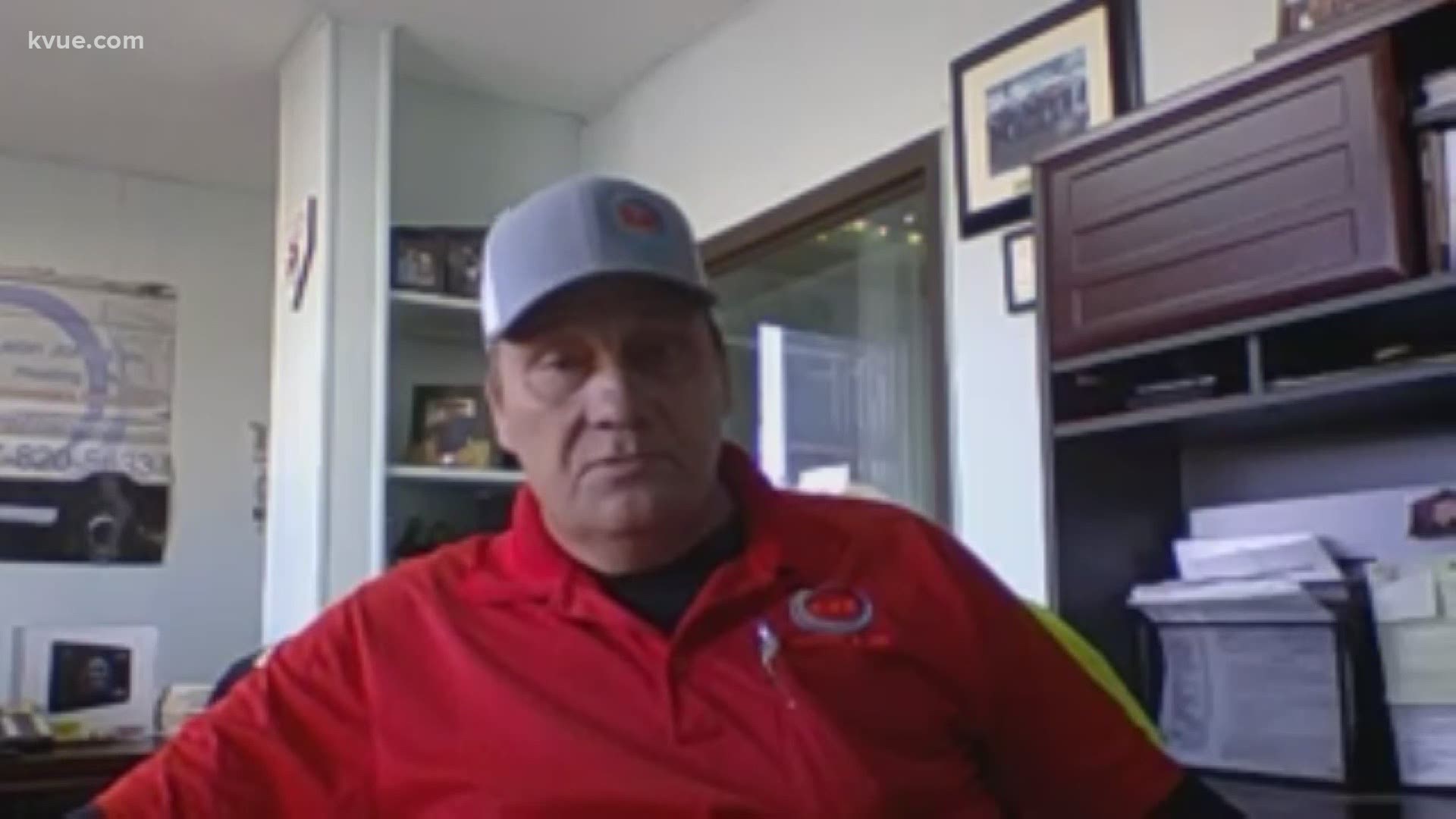 WILLIAMSON COUNTY, Texas — Williamson County's Office of Emergency Management formed its own water brigade this weekend to distribute water to communities that have been out of water for days or under a boil water notice, the County said.

The result? Approximately 5,000 gallons of water delivered to those in need, according to Williamson County.

The operation started late Friday night, when the County's Emergency Response Team started identifying water tanks and trucks that were available to carry water and looking for additional tanks in the area to buy.

RELATED: LIST: Status of power outages in the Austin area

The vehicles, whose tanks were filled with clean water, began their mission Saturday morning. They were dispatched to locations in the City of Round Rock, the City of Georgetown and Southwest Williamson County Regional Park. People were invited to bring their own containers to fill up with water, according to the County.

"This could not have been possible without our public-private partnerships," Michael Shoe, Williamson County Emergency Management director, said. "We cannot thank our county employees, the cities, Texas Beer Company and Rentsch Brewery enough for their contributions to bring water to our hardest hit areas."

Some of the cans were given to long-term care facilities that have been without water, the County said.

"Every time our community faces adversity, it also responds with heroic deeds," Williamson County Judge Bill Gravell said. "I am overwhelmed by the outpouring of support that I witnessed today."

Water distribution sites will be open again on Sunday, Feb. 21. You can check locations and schedules here.