Who is JUST America, the new group that's already had a sit-down with the Austin police chief?

JUST America held a press conference with the Austin police chief on Thursday. But that led people to start asking: who is this new group? 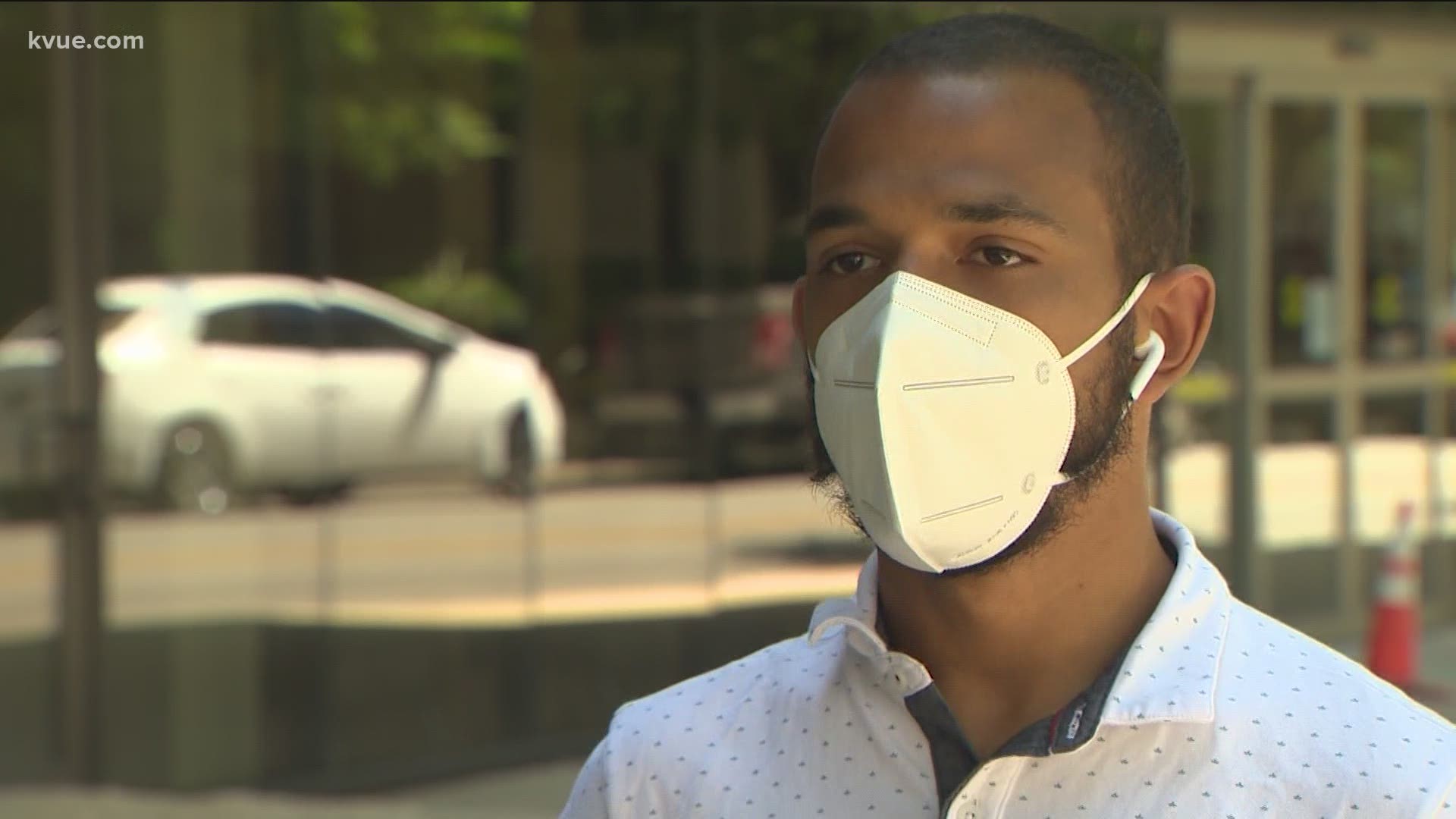 AUSTIN, Texas — If you've heard of the group JUST America, that's likely because you saw the press conference it held with Austin Police Chief Brian Manley on Thursday, calling for more accountability.

If you haven't heard of the group, that's probably because it pretty much just started this week.

To put it simply, it's a group of people that participated in the protests. The co-president said no one knew each other prior to starting JUST America.

"We were all peaceful protesters that would go from one location to another, and we realized that in a majority of the protests, there was almost a lack of direction for the next steps after the protests," said JUST America co-president Eric Brown.

Brown said the predominantly black organization is focused on using conversation to spark change, noting that he believes a conversation is what allowed for a meeting with Chief Manley to happen so quickly.

"When that conversation happens, it brings about action and that action leads to change," said Brown. "Conversation should not have barrier between race, between creed, between age."

Brown said the organization is not only looking at policing in Austin, calling members "community reform advocates."

He said they are also working on homeless outreach, starting a mental health program, highlighting black businesses and talking to families affected by police brutality.

"And ultimately our end goal is not only to impact Austin, but to make Austin an example as a community for the rest of the nation," said Brown.

The co-president of the organization said he's seen people questioning who JUST America is and what it's doing.

"I know a lot of people have said we’re some sort of sleeper organization by APD. I saw one person said we were planted by the FBI to separate protesters. None of that is factual. None of that has any validity whatsoever," said Brown. "We are a group of people that were in the protests who have a different set of skills amongst ourselves."

Brown, who lives in Austin and works in marketing, said he has also worked in a nonprofit before. He said he and the other leadership in JUST America want to use the skills they each have to bring change to the city.

Brown said the organization doesn't want to stop in Austin. He said eventually they also want to address the Texas and federal legislatures.