A 7-year-old boy found a woman's wedding ring nearly 40 years after it went missing at Trinity Hot Springs, an hour outside Mountain Home. 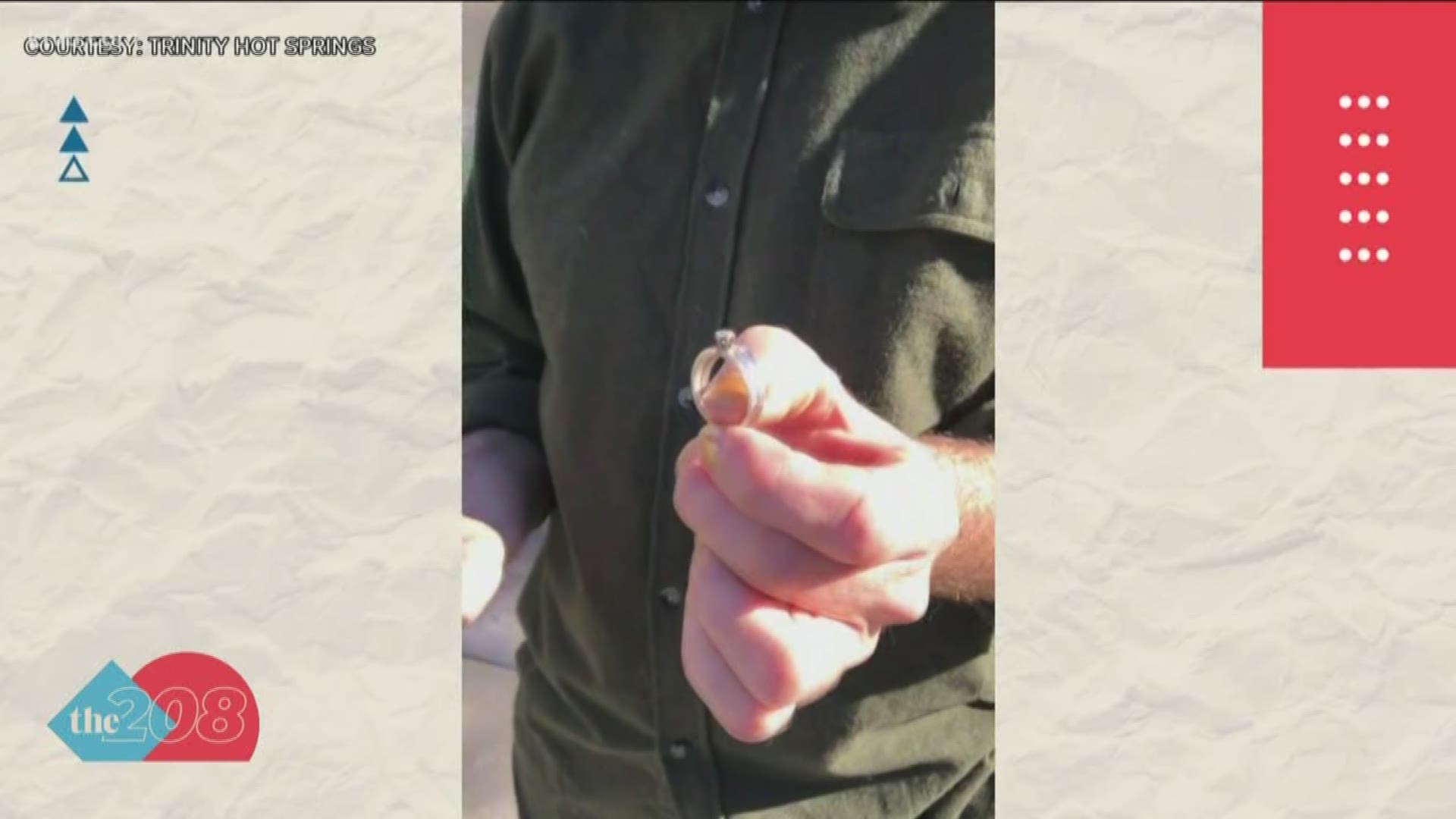 PARADISE HOT SPRINGS, Idaho — A woman's wedding ring has been found at Trinity Hot Springs in Paradise, Idaho, after reportedly going missing in the late 1970s.

The ring was found by a guest's seven-year-old son, Theo, who was diving into the hot springs looking for treasure. To everyone's surprise, Theo turned up with a diamond ring.

"I saw a silver rounded thing and then I lifted it up and was like that's a wedding ring," Theo said.

The Trinity Hot Springs Facebook account sent out a notice stating that a ring had been found in the pool. Employees called the only person listed in their long-term Lost Not Yet Found records, but were unsuccessful in finding the owner.

Later that day, Sherrie McClure Lowery responded to the post stating that she had lost her wedding ring at Trinity Hot Springs more than 40 years earlier. After providing a photo of her missing ring, employees were shocked to discover that the ring they had found belonged to Lowery.

Trinity Hot Springs responded to Lowery ensuring they had cleaned the pool, searched the bottom for lost items and organized multiple crystal hunts with more than 50 people scouring the ground for crystals.

"For whatever reason it took 40+ years for your ring to return to the surface to be found!" Trinity Hot Springs said in a Facebook post.

"It does seem really auspicious to have been buried for this long and to pop up suddenly at this time, it's a remarkable way to be reminded of love," Dana Stream, the Trinity Hot Springs owner said.

Rebecca Bloom, the mother of the seven-year-old responsible for finding the ring, shared her happiness for her son's good deed on the Facebook thread stating that Theo would be thrilled that the owner had been identified.

"I can't believe in a hot springs filled with like a million rocks that my son found this and I think it's amazing that he sort of gave this woman closure," Bloom said.

As for Theo, he's now wishing the woman who lost her ring a happy Valentine's Day.

RELATED: 'I'm not a hero' | Maryland postal worker rescues barefoot missing toddler from side of highway